Ulefone has discounted quite a few of its smartphones, as they are up to 50% off on AliExpress. The company announced this sale a while back, and it’s now live in case you’re interested.

Ulefone smartphones are now up to 50% off

The sale will last until April 1, so in case you’re interested in some of the phones on offer, you should act fast. The discounts range between 23 and 50-percent, depending on the phone you’re looking to buy. 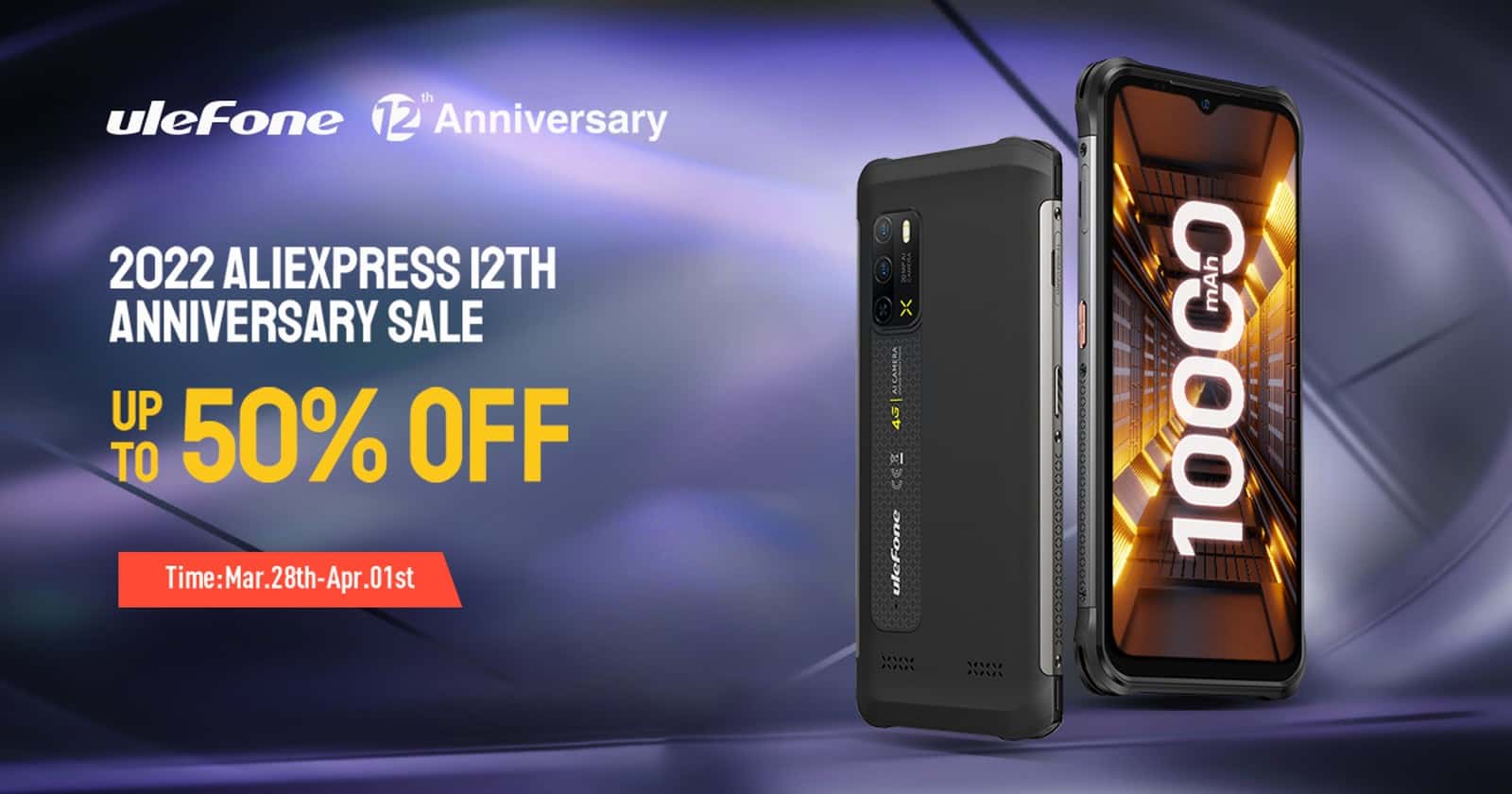 A lot of phones are on sale, to say the least. All of them are listed in the table below the article, while we’ll talk about some that Ulefone highlighted in the remainder of this article.

The Ulefone Power Armor 14 Pro is the first handset that the company highlighted. This is a rugged smartphone that comes with a gigantic battery. It’s also one of Ulefone’s newest smartphones.

The Power Armor 14 Pro features a 10,000mAh battery, and ships with Android 12 out of the box. It also offers a 6.52-inch display, and supports 18W wired charging. 15W wireless charging is also a part of the package. 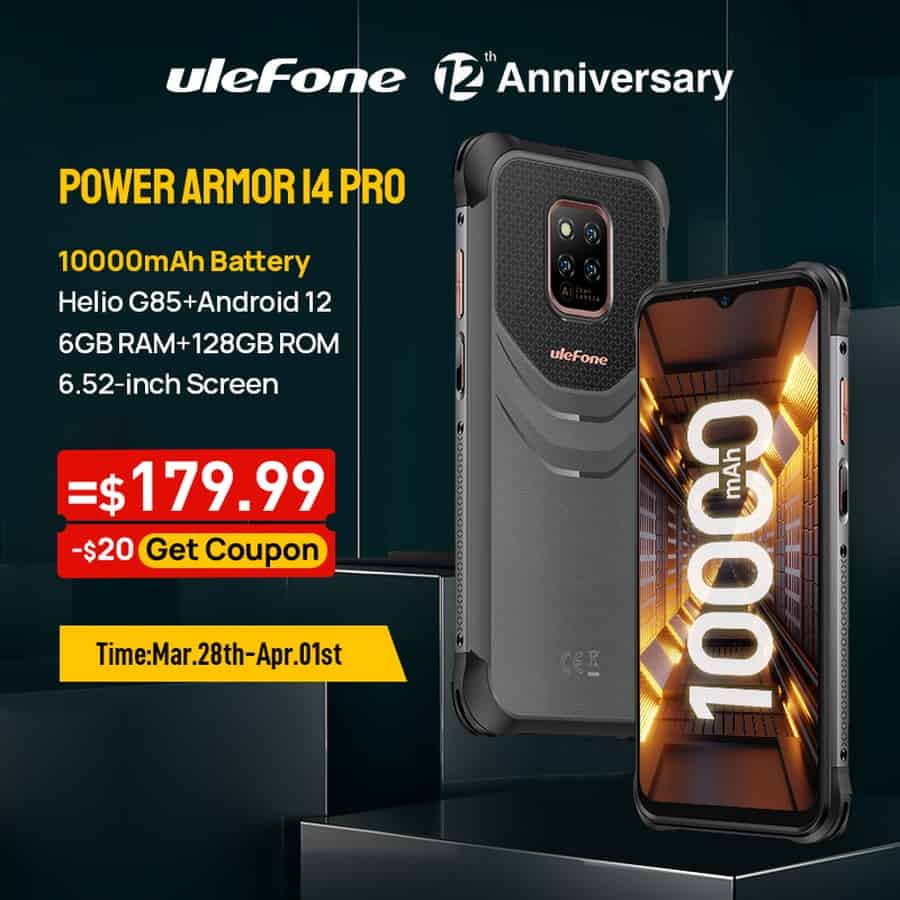 The Ulefone Power Armor 13 is also on sale with its 13,200mAh battery

On the other hand, the Ulefone Power Armor 13 comes with an even larger battery. This device includes a 13,200mAh battery on the inside. It ships with Android 11 out of the box, and features a 6.81-inch display.

This handset also sports a 48-megapixel main camera on the back, while it includes 8GB of RAM and 256GB of storage. That device is discounted 40-percent at the moment, and can be yours for $299.99. 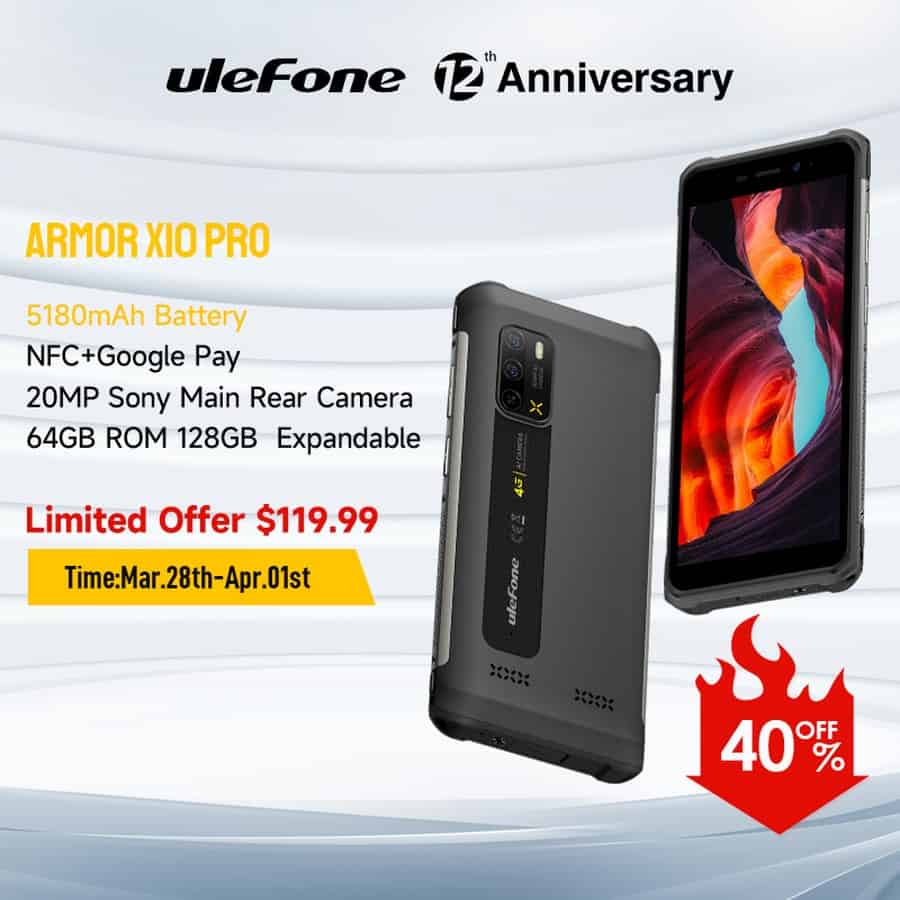 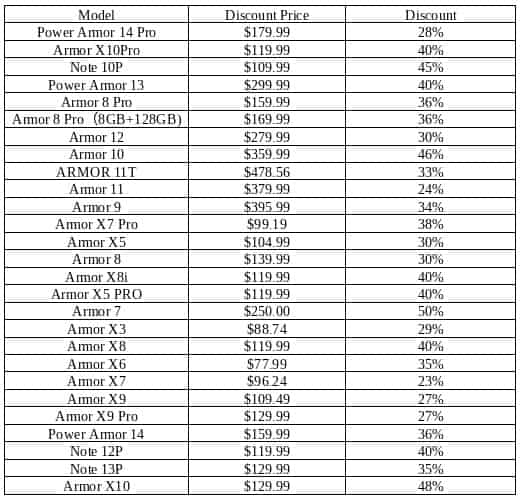