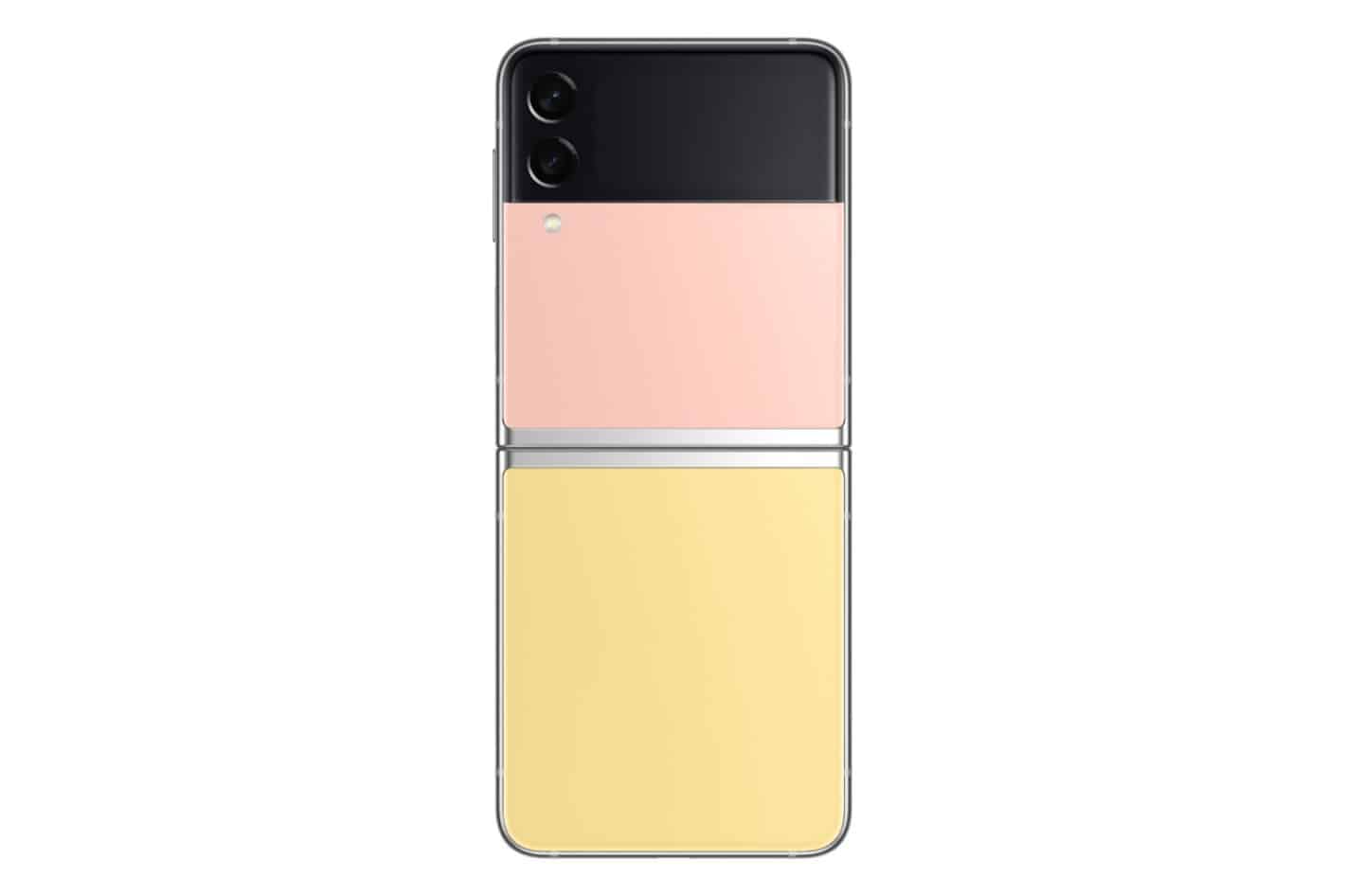 Based on this brief description, it appears Samsung plans to launch designer smartphone skins in the future. These could be stickers that you can apply on the back of your smartphone to give it a unique look. Many third-party case and accessory makers such as Dbrand already sell such stickers, which also give your phone an added layer of protection. The Korean brand may now be looking to enter this market too.

Samsung already offers multiple color options for its smartphones, with many vibrant coloring schemes that cater to Gen Z. It makes dozens of unique protective cases as well. The company has even started making Bespoke Edition smartphones that let you customize your device with different colors for the back panel and frame. The Bespoke Edition Galaxy Z Flip 3 launched last year is available in 49 different color combinations.

But, customizable skins are still quite popular among young smartphone users. These stickers change the look of your device and also give it extra protection without having to apply a bulky protective case. Samsung surely knows this and is probably aiming to cash in on the opportunity with its new “Fashion Film” branded skins. If it sells these skins as optional add-ons with smartphones, many buyers would likely choose those than opt for third-party solutions.

Samsung Fashion Film may debut alongside one of its upcoming smartphones

The Samsung Fashion Film may debut alongside one of these devices in the coming months. Of course, there’s no such hint from the company as yet. But if it indeed plans to introduce its own designer protective films for smartphones, then it may not be a much longer wait now. We will keep you posted. 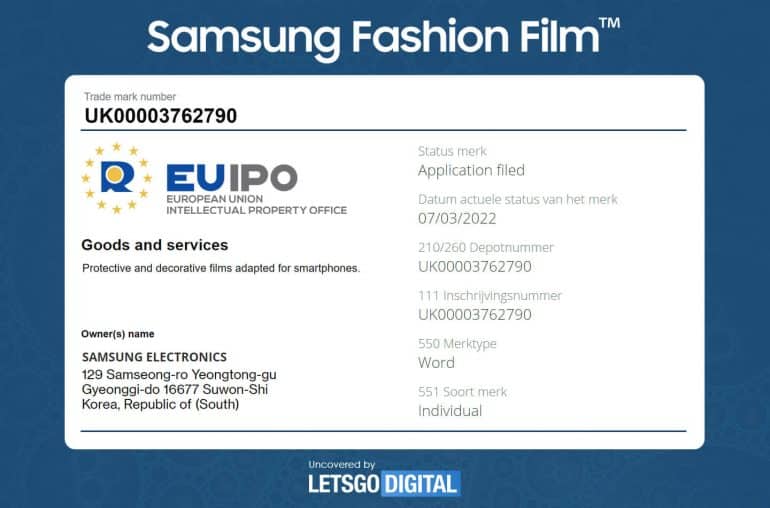