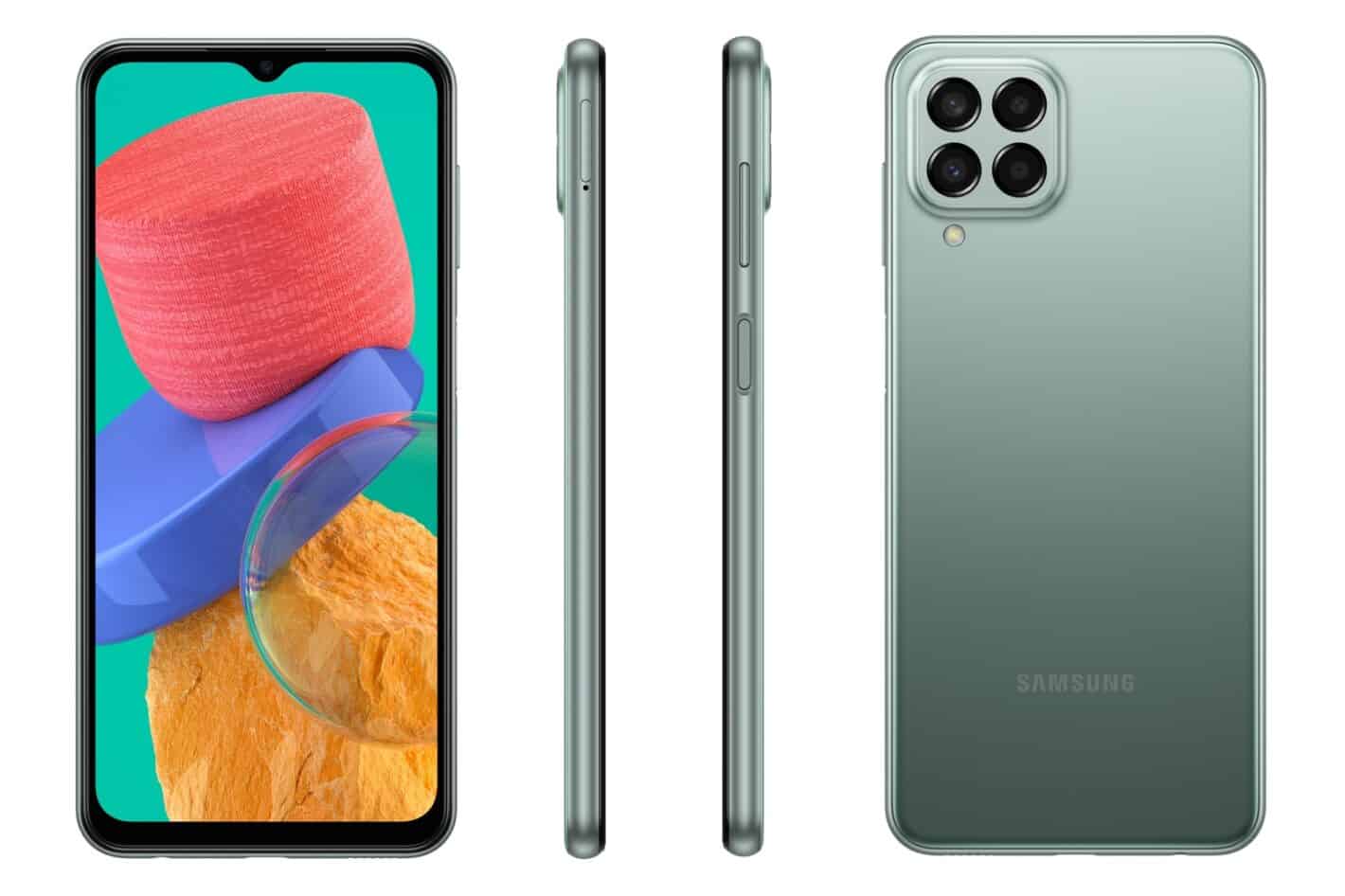 Samsung launches a plethora of budget and mid-range smartphones every year and the floodgates for 2022 have opened. Over the past few days, it has announced the Galaxy A13, Galaxy A23, and the Galaxy F23 5G. The company is adding two more mid-range devices to this ever-growing list — Galaxy M23 and Galaxy M33. Both are 5G-enabled smartphones. Let us have a detailed look at their specs and design.

As you might have guessed, the Galaxy M23 is the humbler of the two new Galaxy M series devices. But it does share some specs with its beefier sibling. Both models sport 6.6-inch TFT LCD screens with an FHD+ resolution (1080 x 2408 pixels). The V-shaped notch at the center houses an 8-megapixel camera for selfies and video calls.

The two phones also get the same 50-megapixel primary rear camera and 2-megapixel depth sensor. But the ultrawide lens is an 8-megapixel sensor on the Galaxy M23 and a 5-megapixel one on the Galaxy M33. That’s a degrade on the latter. However, it makes up for that with a fourth camera on the back. It features a 2-megapixel macro camera as well.

In typical Samsung fashion, the company isn’t naming the processors the Galaxy M23 and Galaxy M33 are equipped it. It simply mentions the clock speeds of the CPU clusters in those chipsets — 2.2GHz + 1.8GHz on the former and 2.4GHz + 2GHz on the latter. Judging by these specs, we might be looking at Qualcomm’s Snapdragon 750G and Samsung’s unannounced Exynos 1200 SoCs respectively.

The Korean brand is pairing the processor with 4GB of RAM and 128GB of storage on the Galaxy M23. The Galaxy M33, on the other hand, gets up to 8GB of RAM. Both phones support micro SD cards of up to 1TB capacity.

These two Galaxy M series smartphones also differ in terms of battery capacity. The Galaxy M23 packs a 5,000mAh battery while the Galaxy M33 gets a 6,000mAh power unit. Samsung doesn’t reveal the charging speed for either model though.

A bigger battery makes the latter thicker (8.4mm vs. 9.4mm) and heavier (198 grams vs. 215 grams) as well. Otherwise, both phones feature a side-mounted fingerprint scanner and Samsung Knox security. They also run Android 12 out of the box, with Samsung’s One UI 4.1 on top.

Samsung hasn’t announced the price and availability details of the Galaxy M23 and Galaxy M33 yet. The company says the former will be available in Deep Green and Light Blue colors. The latter, meanwhile, will settle for regular green, blue, and brown colorways. We will let you know when Samsung shares the pricing information of the new Galaxy M series mid-range smartphones. 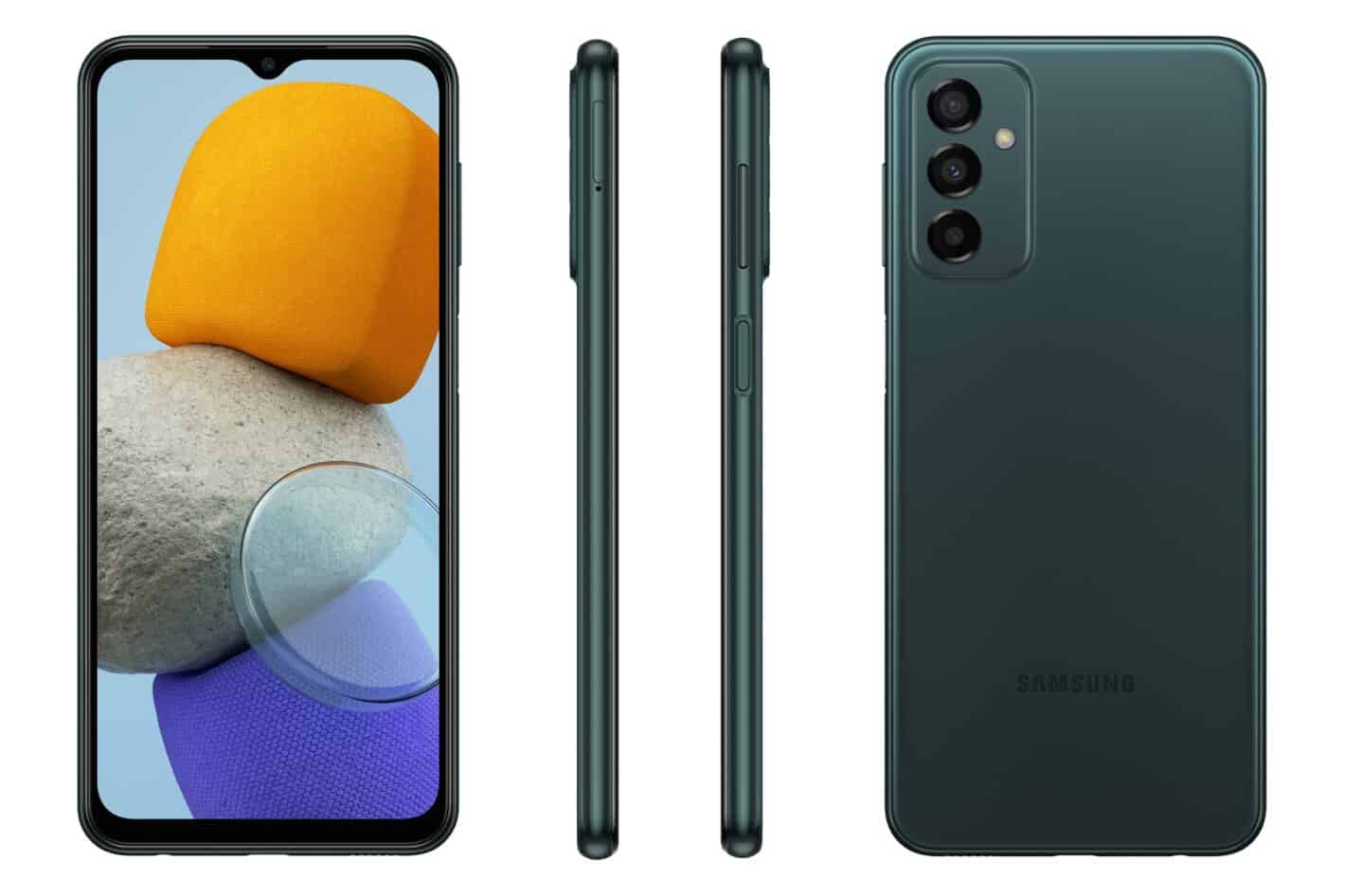 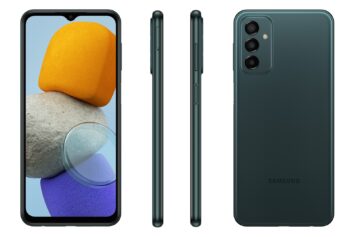 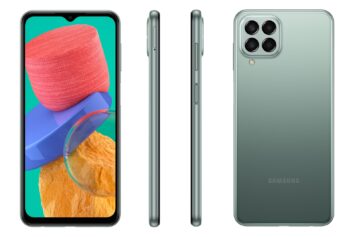