Samsung’s dominance in the foldable smartphone market is unchallenged. According to research firm DSCC (Display Supply Chain Consultants), the Korean brand captured a massive 87 percent share in this niche market in 2021. That’s a one percentage point increase from the year before, which is remarkable since we now have more OEMs making foldable smartphones than before.

According to the new report, Samsung was distantly followed by Huawei with a nine percent share. Fellow Chinese firms Oppo and Royole, who has the distinction to commercially release the world’s first foldable smartphone, captured whatever remained of the market. Motorola had arrived at the foldable scene almost alongside Samsung with a rebirth of its iconic Razr flip phone. But it didn’t sell any such device last year.

DSCC expects the Lenovo-owned company to make a return this year. We have been hearing of a new Razr foldable for some time now. The likes of Honor, Vivo, Google, TCL, and Xiaomi could also release their respective take to the foldable form factor in 2022. The competition may finally get fiercer, which should play nicely for consumers.

Overall, shipments of foldable devices are expected to grow at a 54 percent CAGR (compound annual growth rate) over the next five years, reaching 86 million units by 2026. Along with smartphones, we will see foldable/rollable tablets, PCs, and TVs too in the coming years. It will be interesting to see how long Samsung manages to hold on to its dominance. 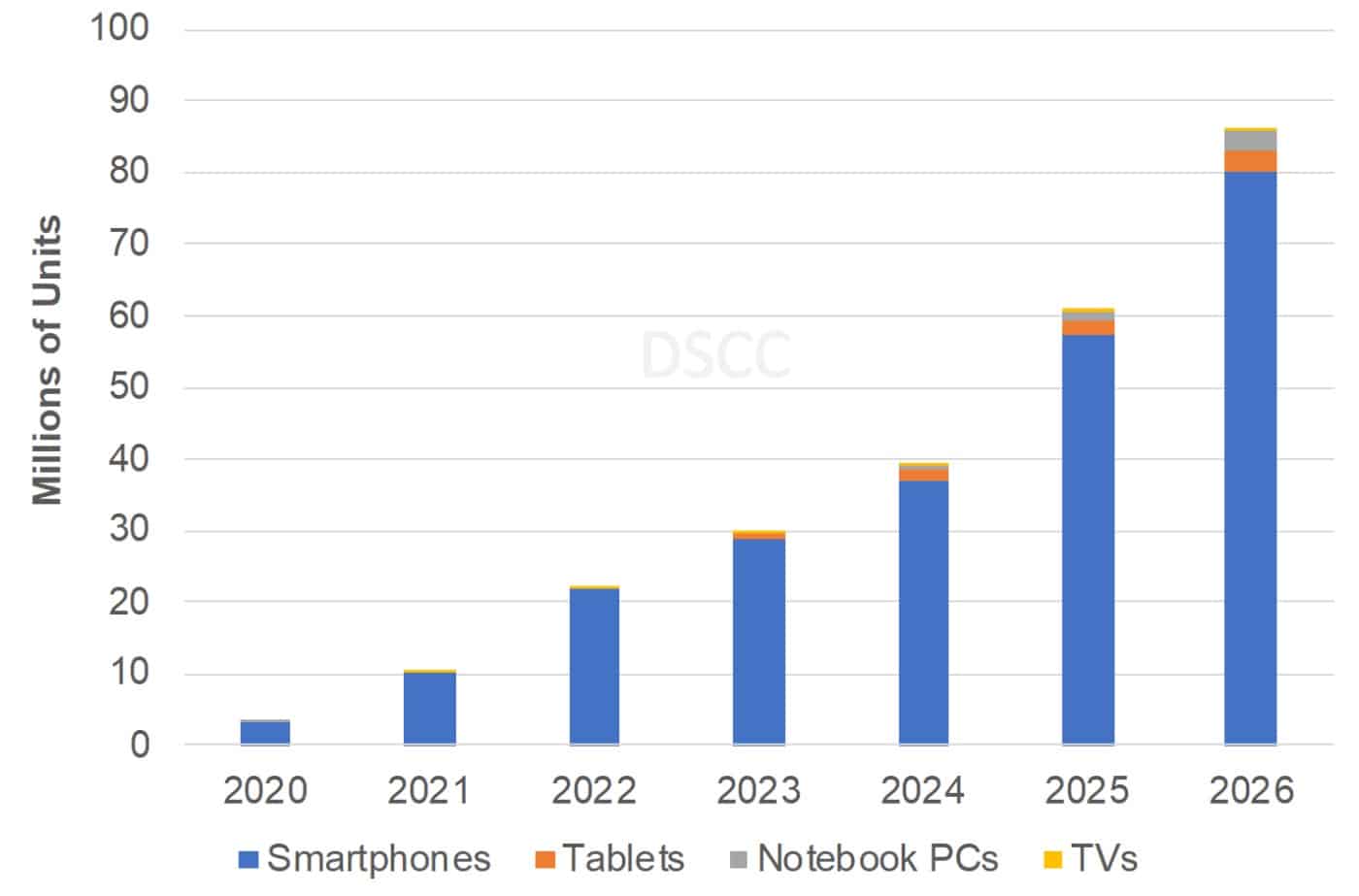 Samsung hit a sweet spot in the foldable niche with the Galaxy Z Flip 3 last year. Launched in August, the device was the best-selling foldable smartphone for the whole year, and by some margin. It accounted for 51 percent of all such un-conventional smartphones sold in 2021. We knew the demand for this phone was quite high but we were still underestimating the numbers.

The Galaxy Z Fold 3 that launched alongside it came in second with a 26 percent share. Huawei’s Mate X2 and Samsung’s 2020 models Galaxy Z Flip 5G and Galaxy Z Fold 2 make up the top five.

The latest DSCC report also sheds some light on the financial aspect of the foldable smartphone market. According to the report, revenues grew 342 percent year-on-year (YoY) to $5.8 billion in Q4 2021. Of course, that’s a record high since foldable sales are increasing exponentially. And you guessed it right. Samsung dominated revenue share too, accounting for 92 percent of the total revenue in the year-ending quarter. 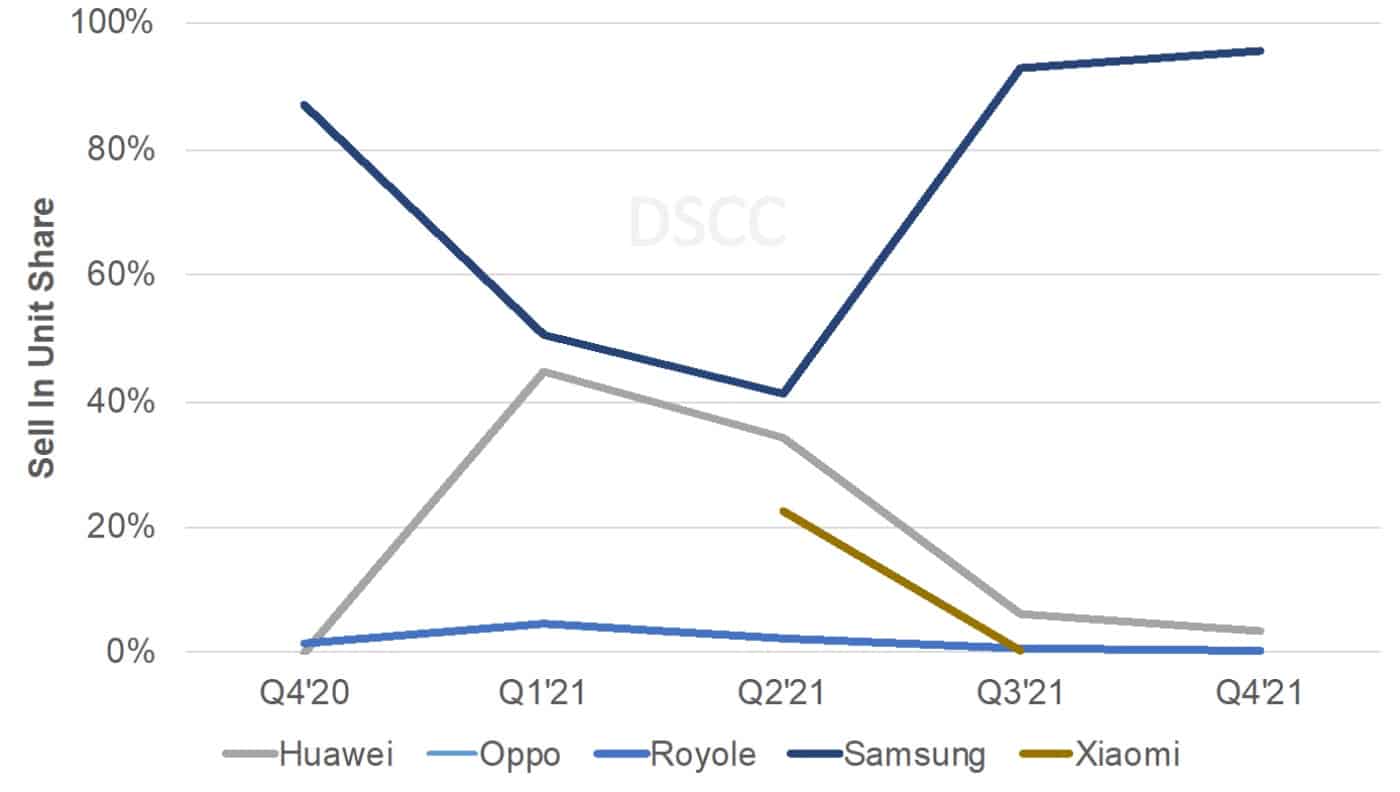