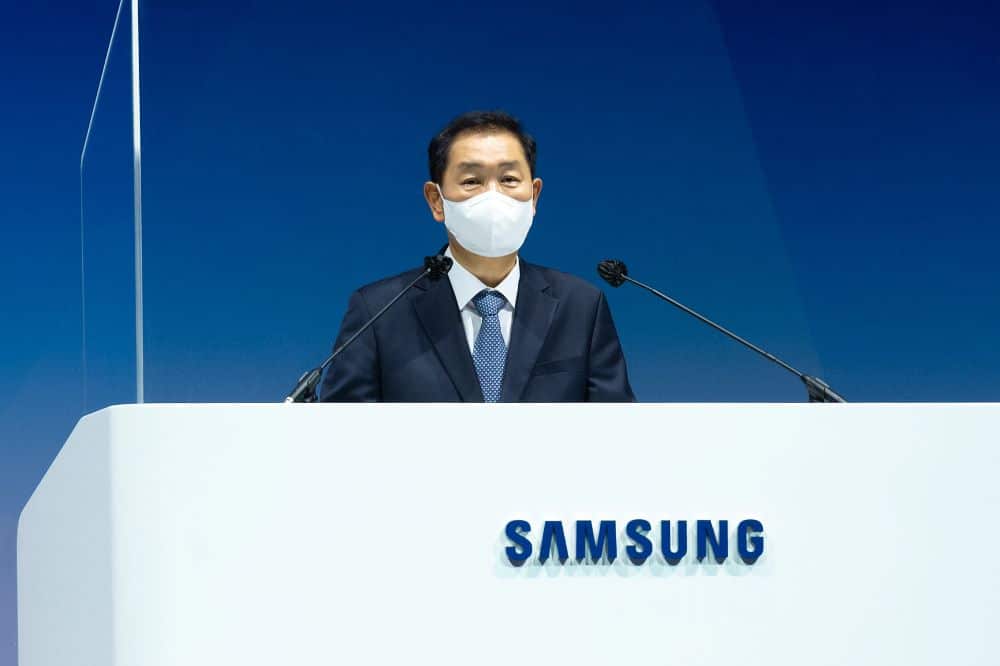 Samsung Vice Chairman and CEO Han Jong-hee has apologized to the public for the recent app throttling controversy. Speaking at the Korean firm’s 53rd annual shareholders’ meeting earlier today, Han said that the company failed to understand its customers’ needs and concerns, bowing in apology in front of over 1,500 people attending the meeting. Held at the Suwon Convention Center in Suwon-si, South Korea, Samsung shareholders attended the meeting both in-person and virtually.

Han reiterated the company’s earlier statement saying that the Game Optimization Service (GOS), which is the main culprit behind this controversy, is designed to optimize the gaming performance of Galaxy smartphones. However, where the company missed the trick is that it forced those so-called optimizations in the name of battery efficiency and thermal management, effectively throttling the performance of apps. There was no way to turn it off. As such, consumers couldn’t explore the full potential of their otherwise highly-capable devices.

Samsung has already released a software update to the Galaxy S22 series, lifting those forceful performance restrictions. Users can now prioritize performance over everything, though GOS is still there as an optional feature. Should you not bother about performance and care more about the battery life and heating issues, you can always enable it. Other affected Galaxy devices will also receive this update in the coming weeks.

However, the worst has already happened. Geekbench banned the Galaxy S22, Galaxy S21, Galaxy S20, Galaxy S10, and the Galaxy Tab S8 series devices alleging Samsung of benchmark manipulation since GOS throttled the performance of apps “based on application identifiers rather than application behavior”. South Korean Fair Trade Commission (FTC) has also launched a preliminary investigation into the matter.

The whole saga spread like a wildfire. So much so that some Samsung shareholders started demanding a leadership change at the company. It has now forced the company’s Vice Chairman and CEO to publicly apologize.

Han, however, denied allegations that Samsung designed GOS as part of its cost-cutting measures. He assured that the company would always prioritize quality and would not compromise on it to reduce cost. Hopefully, the Korean brand stays true to its words.

Meanwhile, if you’re using any of the aforementioned Galaxy smartphones and tablets, look forward to an update in the coming days if you haven’t already received it. The update is rolling on in an incremental manner. So it could take a few weeks before everyone globally receives it.