While users across the globe still wait for the OnePlus 10 Pro, which is slated to arrive sometime this month, some fresh information about the vanilla OnePlus 10 has popped up online.

LetsGoDigital has got its hands on an image that could reportedly be the OnePlus 10 base model. Since there isn’t much information available online, we can only take a guess that it is the OnePlus 10.

A photo leaked on the Chinese social media platform Weibo shows the back panel of the alleged OnePlus 10. The phone looks like a high-end flagship, so there are no questions about this being a Nord-series device, unless OnePlus surprises us.

It only makes sense to consider this phone as the successor to the OnePlus 9, for which the OnePlus fans have been eagerly waiting.

There isn’t much to talk about in the leaked image. However, the most important thing that stands out and attracts attention is the new camera module on the phone.

The camera module on the phone looks like the one found on the OnePlus 9 series, instead of the OnePlus 10 Pro, which it should be since it is rumored to be a OnePlus 10 series phone.

Moreover, the phone is shown in two colors, i.e., black and white. The camera island is positioned in the top-left corner on the back. There is what looks like a large camera sensor, which could be the primary camera on the phone.

Details about the camera configuration are not known at the moment. There is an LED flash and possibly two or three smaller cameras housed on the camera module.

Assuming that this is the OnePlus 10 phone, it is expected to be powered by the Snapdragon 8 Gen 1 chipset. It should come with 8GB of RAM and 128GB of onboard storage.

Being an upgrade over the OnePlus 9 series, it should pack an AMOLED 120Hz refresh rate display. On the software side, it should run Android 12 with Oxygen OS 12 on top.

Because pretty little is known about the OnePlus 10 at the moment, we cannot confirm any of the above specs. So, we would advise our readers to take this piece of information with a pinch of salt. 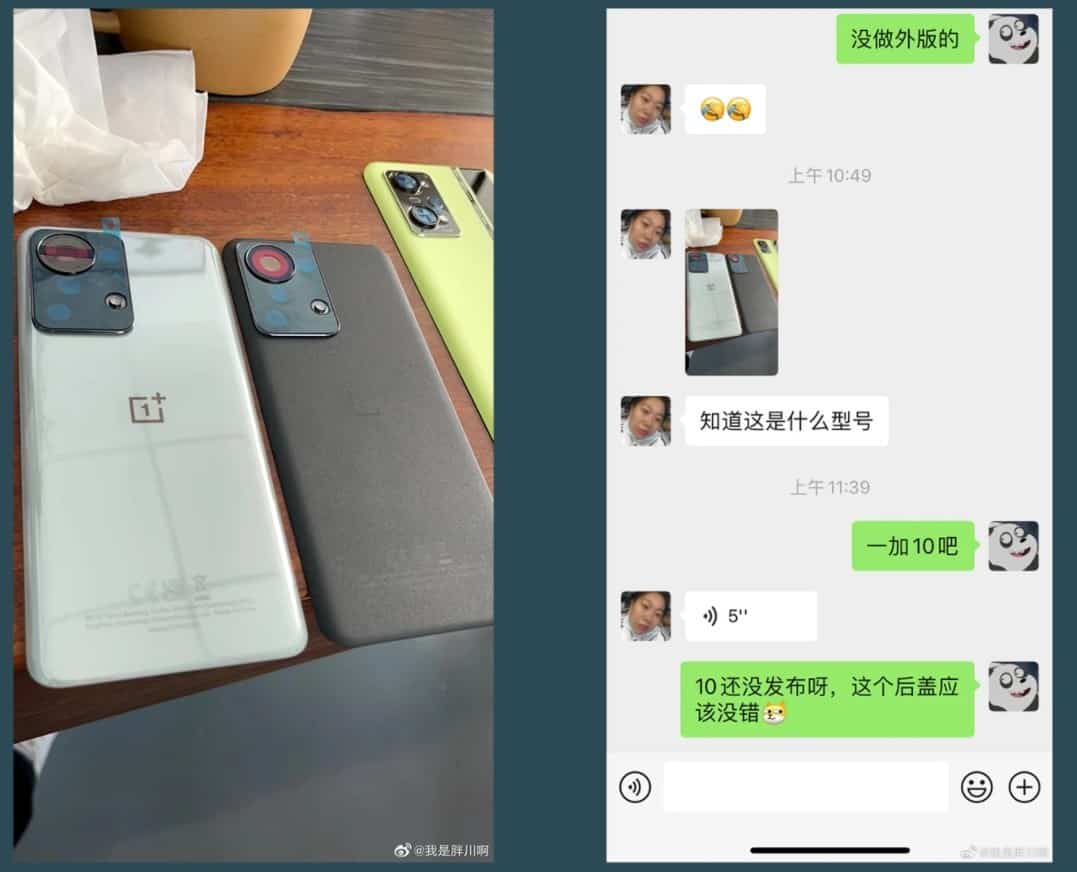