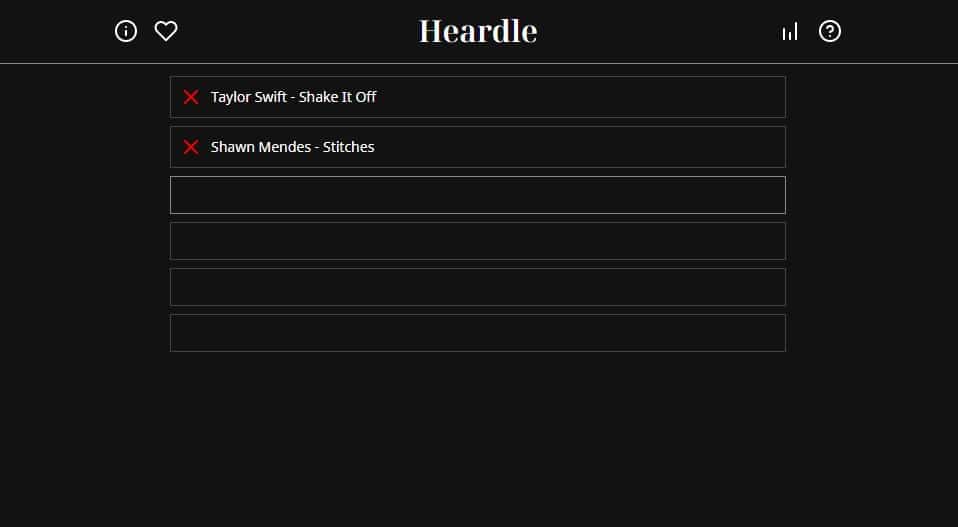 Wordle swept the internet when it appeared online recently. This attention led to it being purchased by The New York Times and even a Game Boy port. This also prompted some copycat iterations of the formula. A new Wordle clone just appeared called Heardle, and it puts an audible spin on the popular game.

Following in the footsteps of Wordle, Heardle is a game that has you doing much the same thing. Instead of guessing words, you’re given snippets of songs, and you need to guess what song is playing. Much like Wordle, you have six attempts to guess it.

If you want to go and start guessing songs, just know that the selection is a bit limited. If you were born after the year 2005, then you should feel right at home, but most others won’t. The selection of music caters to those with modern tastes. You’ll get songs from Post Malone, Justin Bieber, Taylor Swift, and other artists dominating the radio stations.