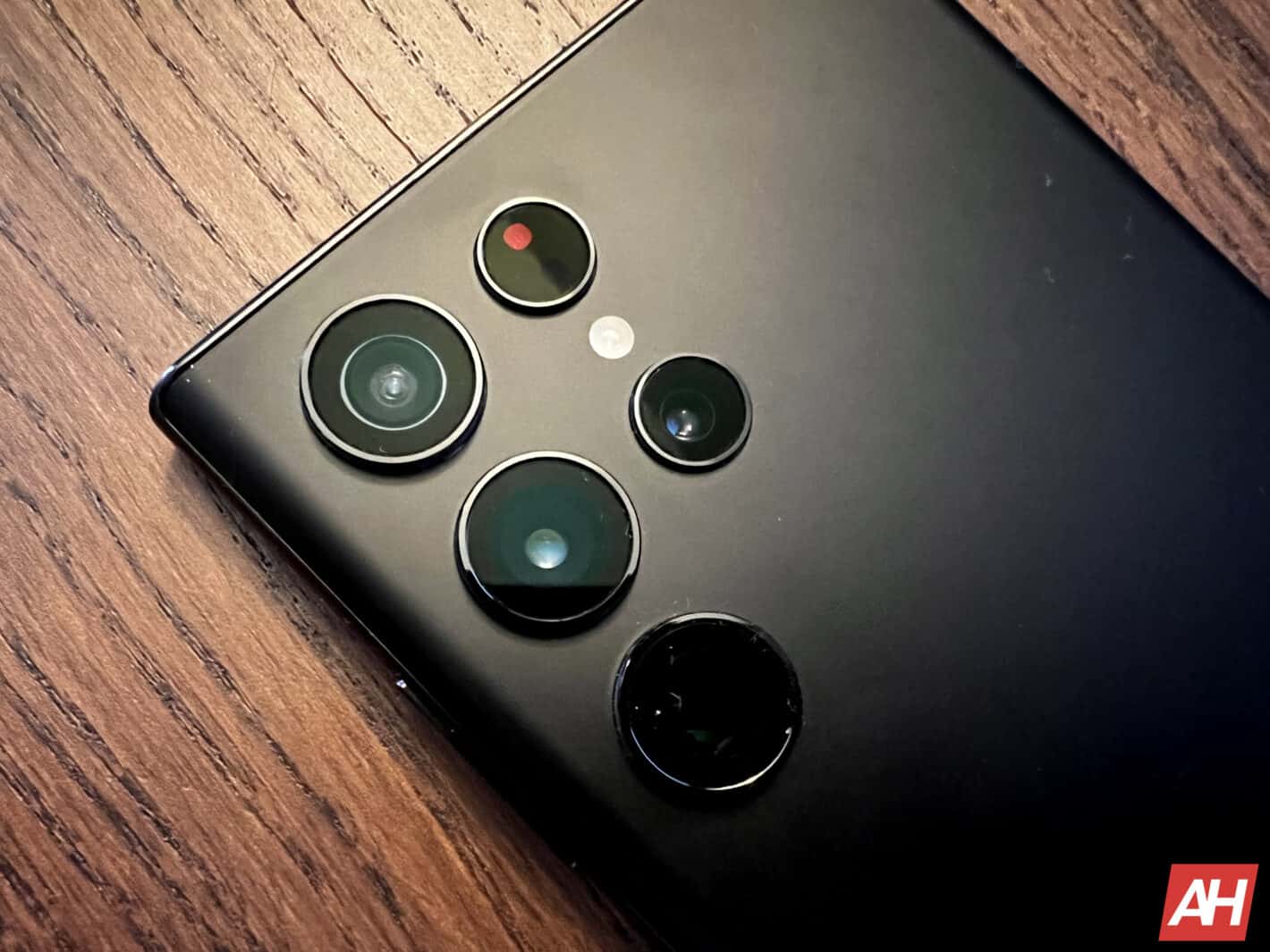 Samsung yesterday announced the rollout of One UI 4.1 to older Galaxy devices. Debuted on the Galaxy S22 series last month, the latest iteration of its custom Android software is now available to the Galaxy Z Flip 3 and Galaxy Z Fold 3. It’ll make its way into dozens more over the next few weeks and months. Among other things, One UI 4.1 will bring a bunch of new camera features to those devices.

A moderator on Samsung’s community forums in South Korea has detailed all the new camera features coming to older Galaxy smartphones with the One UI 4.1 update. Let us see which device will get what new feature.

This feature lets you capture brighter portrait shots in dimly lit environments. It works with both front and rear main cameras.

Samsung has optimized the camera software to recognize pet animals, so you can apply various effects in Portrait Mode to capture better photos of your pets. This feature also works with both front and rear cameras. You can apply some effects after taking the shot as well.

With this feature, you can manually shift the lighting position on your portrait images to make them look better. You can control the intensity of the effect for optimal results.

Portrait video with the telephoto lens

Samsung introduced a Director’s View camera feature with the Galaxy S21 series last year. It simultaneously shows the feed from all front and rear cameras on the screen and lets you seamlessly switch between those views in the same recorded video.

The company has further improved that feature with the launch of One UI 4.1 on the Galaxy S22 series. You can now change the size and position of various camera feeds while recording. Director’s View also now lets you save the videos from the front and rear cameras as separate files and edit them later. Last but not least, you can open those videos in split-screen or picture-in-picture (PIP) modes so you can play and edit them simultaneously.

In addition to these, Samsung is adding support for the telephoto lens in Pro mode in devices that support its Expert RAW camera app. The Galaxy S21 trio are also getting Snapchat integration in the camera app. Samsung has relocated some camera modes such as Single Take and AR Doodle as well.

One UI 4.1 is also headed to some Galaxy A series mid-rangers

As you can see, the new camera features are limited to recent flagship models from Samsung. However, the One UI 4.1 update will be available to some Galaxy A series mid-rangers and Galaxy tablets as well. The likes of Galaxy A32, Galaxy A42, Galaxy A51, Galaxy A52s, Galaxy A90, Galaxy Tab A7 series, Galaxy Tab Active 3, Galaxy Tab S6 series, Galaxy Tab S7 series, and Galaxy Xcover 5 will get the latest One UI version. Older Galaxy flagships such as the Galaxy S10 and Galaxy Note 10 series will also get it. You can see the full list of eligible models below (via).

Of course, it could take Samsung several weeks to release One UI 4.1 to all eligible models. We will keep you posted. 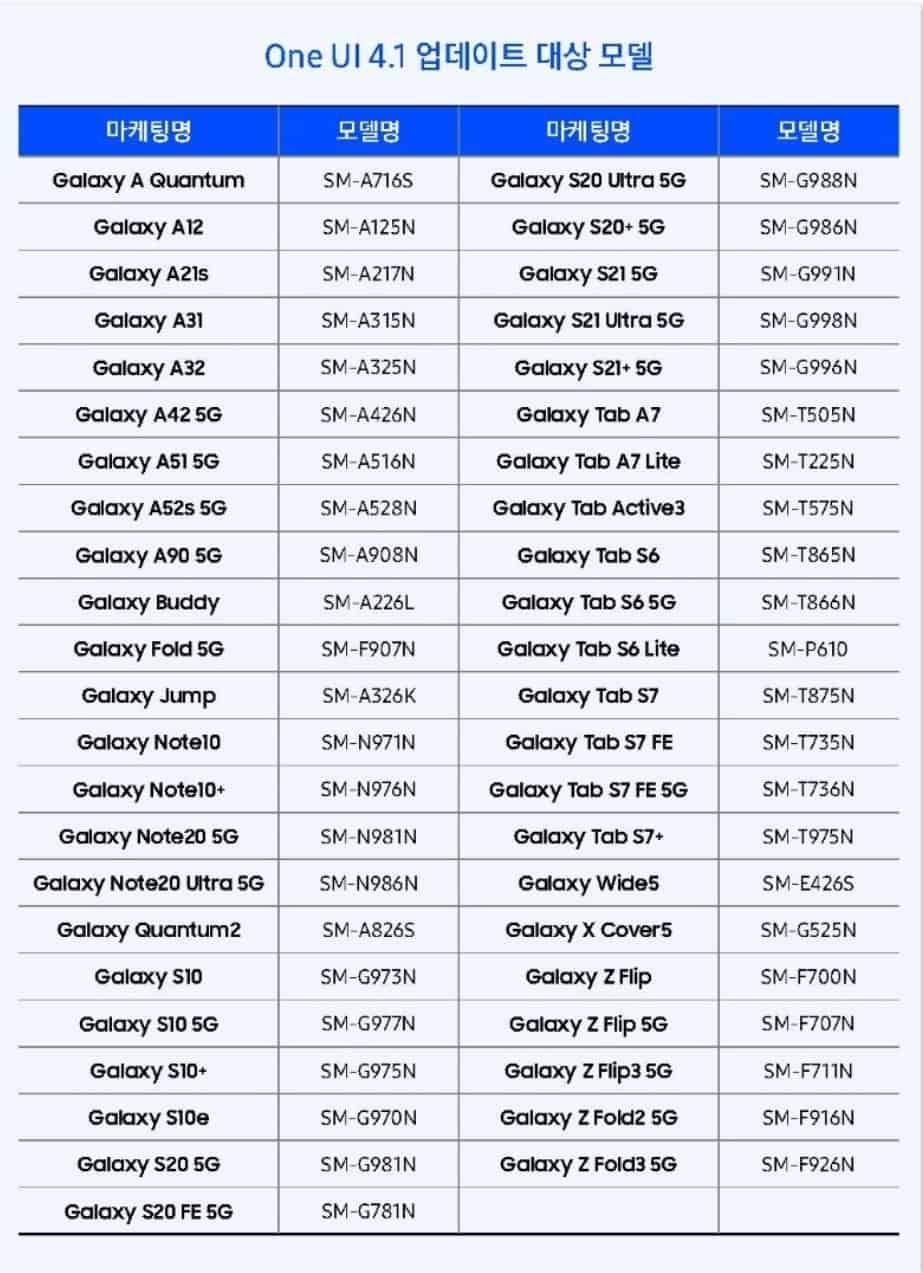