A year after that, approximately, the Bluetti AC200 flagship product appeared on Indiegogo. For those of you who are not familiar with it, that device was powered by NCA cells. Bluetti managed to pull approximately 7 million dollars in only two months.

That really helped the company out and opened all sorts of doors for them. We’ve seen various new products from Bluetti since then. The company actually equipped wits new product with LFP technology, over NCM, NCA, and lithium-ion battery chemistry.

If you’re wondering why that happened, well, we’ll try to explain that below.

What are LiFePO4 batteries?

Some of you are probably wondering what are LiFePO4 batteries, as chances are you’ve never heard of them. LiFePO4 stands for Lithium Iron Phosphate. This tech was invented back in 1996.

LFP batteries provide some of the best electrochemical performance with added lower resistance on the market. There are four key benefits here:

How do LiFePO4 batteries work?

Before we get into that, let’s first talk about the components these batteries are made of:

When these batteries are being charged, lithium ions are released from the cathode and move to the anode. When a power load is applied to the battery, the opposite reaction takes place. Lithium ions move from the anode to the cathode. This movement creates an electron flow between these two electrodes, and that generates an electric charge.

Bluetti included the largest capacity generators from Jackery in this comparison, as it could not find a comparable capacity size.

In order to show you that LiFePO4 batteries are better overall, Bluetti did some calculating. It wanted to show you the LCOS or Levelized Cost Of Storage in USD/Wh.

Let’s work out the LCOS for each solar generator manufacturer and their respective product models.

As you can see based on these calculations, Bluetti is the cheaper option in the long run, much cheaper, actually. That is mainly because of the LiFePO4 technology.

Why are LiFePO4 batteries the perfect fit for solar generators? 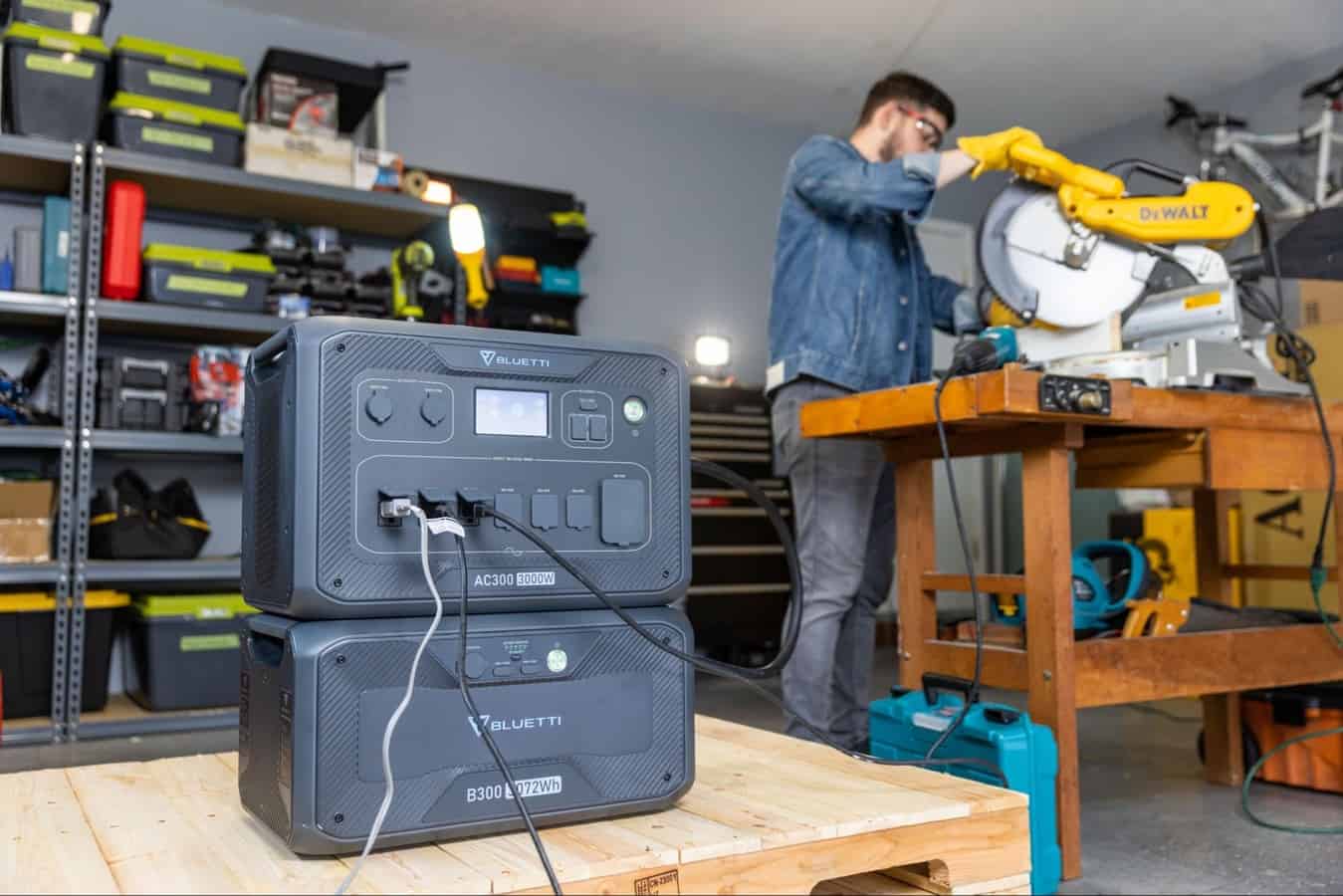 We’ll highlight the advantages of LFP batteries down below.

These batteries are known to be lightweight. Well, they’re known to be lighter than the competition. This, of course, makes generators less heavy, which is always a good thing, as they’re more mobile. The Bluetti AC200 MAX, for example, weighs only 61.9lbs (28.1kg).

LFP batteries have the ability to charge and discharge thousands of times. That is one of their main advantages Bluetti’s latest generators can discharge over 3,500 times. That is a lot more than other batteries technologies allow.

LFP batteries require basically no maintenance. You don’t need to do anything to extend their lifespan, simply charge and discharge as you use them, and you’re good to go.

LiFePO4 batteries are safer than NCM batteries. They are encased in an airtight aluminum case, designed to withstand temperature, pressure variations, punctures, and impacts.