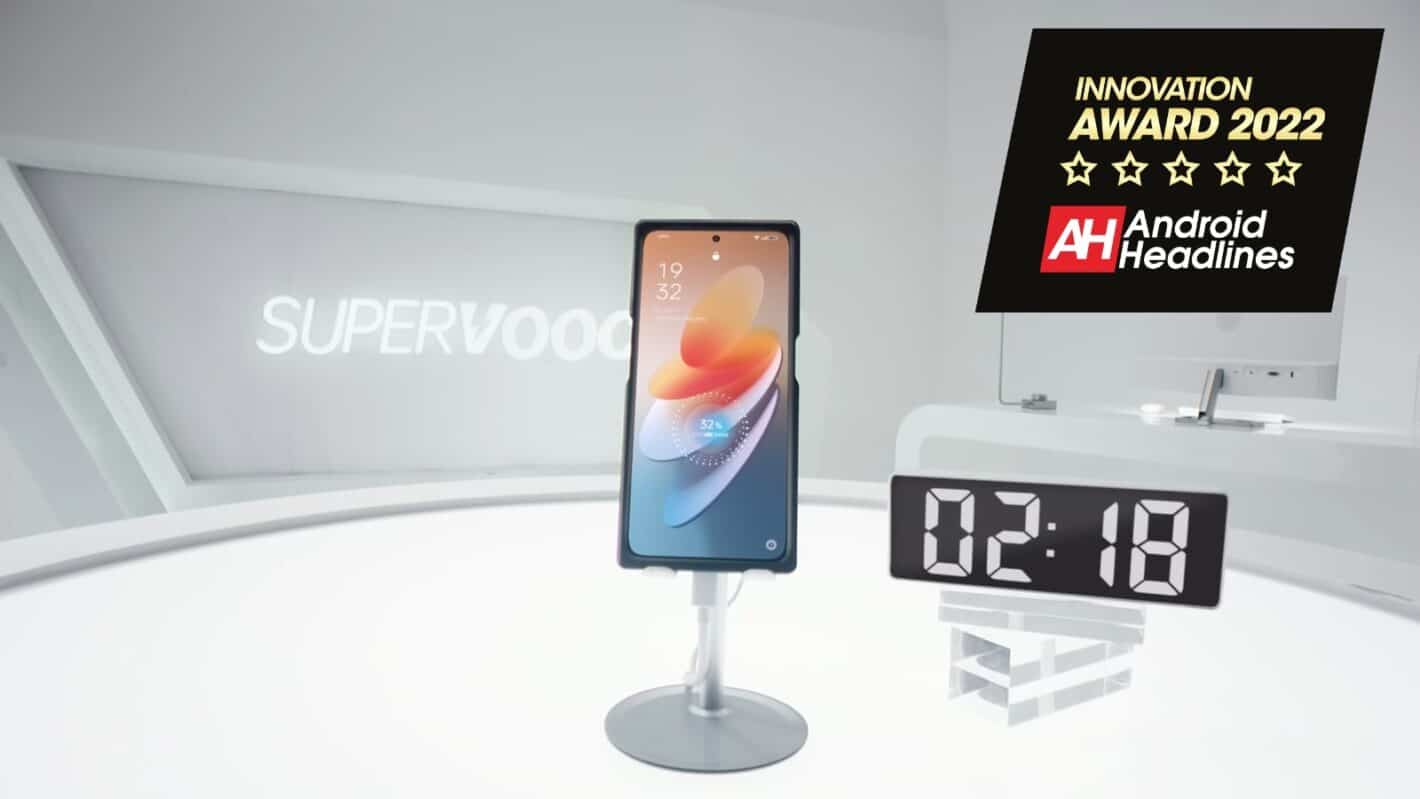 OPPO has been one of the market leaders when it comes to charging tech for a while now. At MWC 2022, the company announced its 150W SuperVOOC charging technology. This tech is not only impressive because of the sheer speed it can charge up a device, but for the battery healing technology that OPPO implemented in it. That entire 150W SuperVOOC charging package is the winner of one of our MWC 2022 awards.

OPPO’s 150W SuperVOOC charging was announced as a charging innovation at MWC 2022, not as part of a device. Don’t worry, though, it won’t take long for us to get a device with this technology. OPPO said that a OnePlus phone is coming in Q2 that will ship with this technology, and basically present it to the world. This is not just a concept, or anything of the sort, but actually tech that is going into commercial devices soon.

So, the sheer fact that this is 150W charging we’re talking about means it’s fast, right? Well, yes, in this case, it does. Some OEMs actually offer 25W and 45W charging that is similarly fast, due to various slowdowns during charging and what not. That’s not the case here, though. OPPO shared specific charging numbers with the public. The company’s 150W charging will get a 4,500mAh battery charged all the way up in only 15 minutes. It can reach a 50-percent charge in only 5 minutes.

So, you can essentially quickly charge your smartphone, all the way, in the morning, even if you completely forgot to charge it before you went to bed. OPPO also thought about battery health while developing this charging, more on that in the paragraph. OPPO’s 150W charging uses two direct charge pumps which can support up to 20V/7.5A charging.

The company’s 150W SuperVOOC charging also has something called the ‘Battery Healing Engine’, also known as BHE. This is actually really important overall, as it prevents such fast charging to damage the battery, essentially. The company says that even after 1,600 charge cycles the battery health remains at 80-percent of its original capacity. That is great considering the charging speed, and that part truly surprised us when the company shared it.

BHE is powered by OPPO’s customized battery management chip, which includes two technologies. It comes with Smart Battery Health Algorithm and Battery Healing Technology. These two improve battery health, safety, and performance as they optimize both the hardware and software.

OPPO used gallium nitride (GaN) tech to make a GaN charger for 150W SuperVOOC charging. It did this in order to reduce the size of the adapter itself. This adapter is essentially the same size as the company’s 65W adapter. It’s smaller than Apple’s 61W adapter, for example. The 150W SuperVOOC charging brick comes with a Type-C port, and the devices that support such charging will include this brick and the cable itself.

OPPO is not stopping here

The company’s 150W charging will reach commercial smartphones in Q2 this year, so it’s right around the corner. OPPO also demonstrated 240W SuperVOOC charging at MWC 2022, though. That tech is still not ready for primetime, but it’s not far off either. With 240W charging, you’ll be able to fully charge a 4,500mAh battery in only 9 minutes. All in all, OPPO really is pushing the ante when it comes to charging.