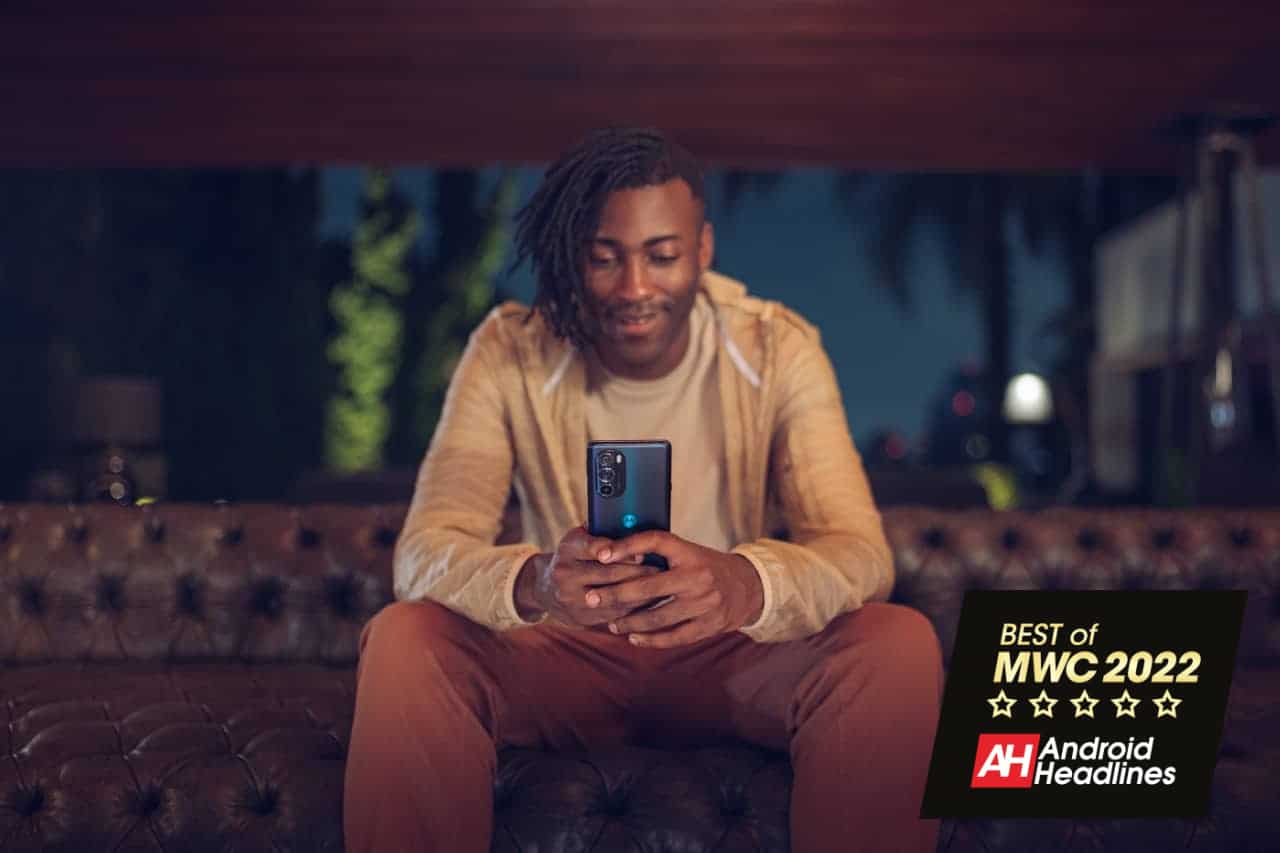 At Mobile World Congress this week, Motorola announced its latest flagship smartphone – the Motorola edge+ (2022). It’s the successor to the 2020 model, which actually got a lot of praise, even for its somewhat mediocre specs (at the time). However, the edge+ ups the ante, and provides just about every high-end spec that you could want in a smartphone. All of that, and it’s still at a very competitive price of $899, below the Galaxy S22+, and the iPhone 13 Pro. That’s why we have awarded it the Best of MWC 2022.

Smartphones are more than just their specs, but the spec sheet on the Motorola edge+ is pretty impressive. It sports a 6.7-inch pOLED FHD+ 144Hz display, powered by the Snapdragon 8 Gen 1 processor, with 8GB or 12GB of RAM and up to 512GB of storage. This is all powered by a 4,800mAh capacity battery inside.

Additionally, the cameras are pretty impressive. With dual 50-megapixel sensors for the main and ultra-wide shots. There is also a 2-megapixel depth sensor available for adding in some extra bokeh. Meanwhile the front sports a 60-megapixel selfie camera, which surely going to provide some very crisp selfies. All that, for just $899.

On top of all that, for this price you are also getting three years of OS updates from Motorola. That means that the edge+ should get updated to Android 15, before Motorola gives up. That’s quite the difference from Motorola a few years ago, and it’s good to see that. Even if competitors are doing longer. It’s a step in the right direction.

Out of the box, the Motorola edge+ (2022) launches with Android 12, the latest version of Android. It’s still running a slightly tweaked version of stock Android. So it’ll run pretty well on these specs. And that also means that Material You is on the edge+, and boy does it look great on a 144Hz OLED display. Material You allows you to change up the accent colors of the Quick Settings, the Settings app, and even change up your icons to match your wallpaper. Which is a pretty cool feature that Google added with Android 12.