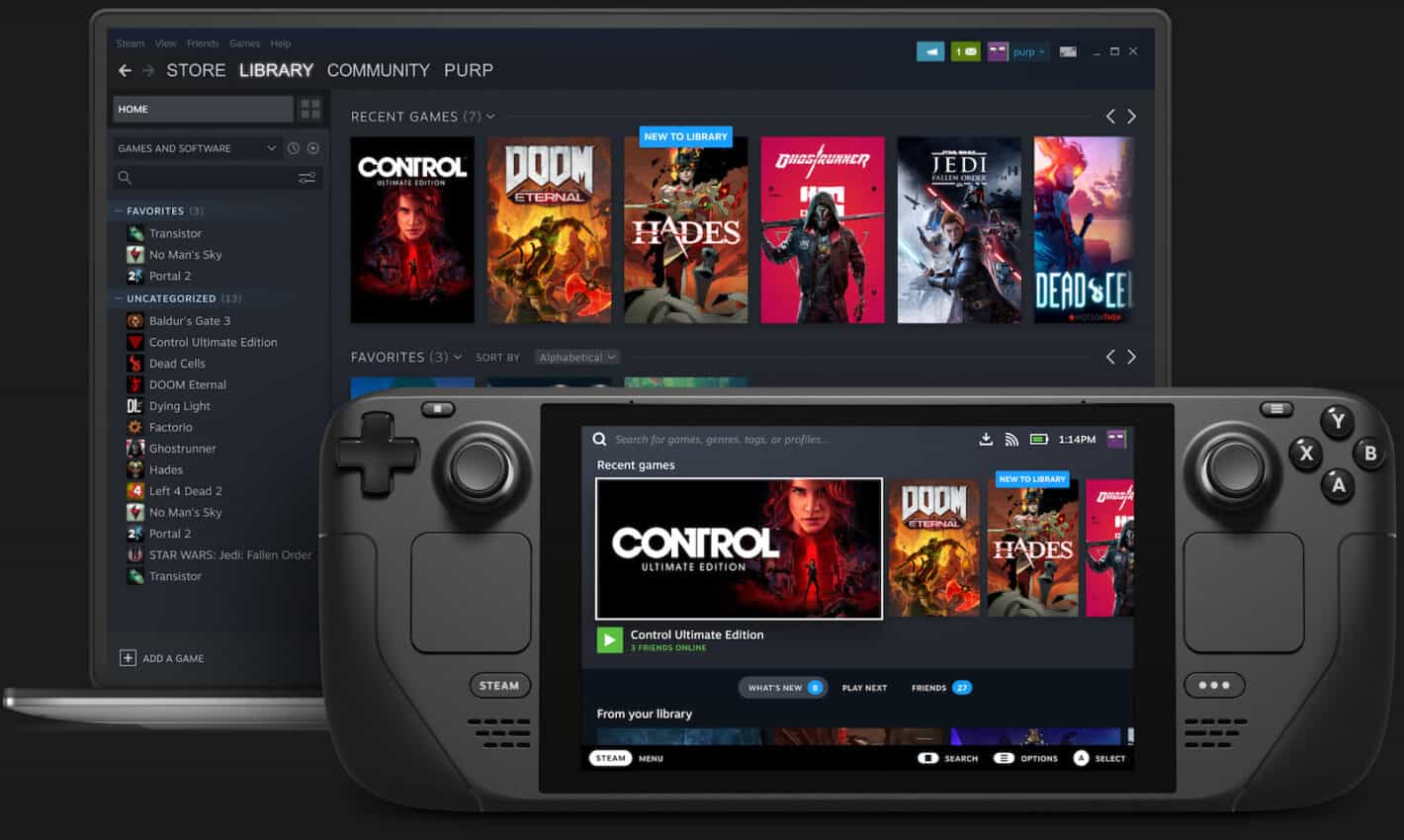 The Steam Deck is barely out of the gate from its launch earlier this morning and it looks like a Steam Deck 2 is already planned. Valve’s Gabe Newell stated in an interview with Edge Magazine (via PC Gamer) that it’s already thinking about the Steam Deck 2 and what the players want out of it. Or whether or not they want it at all.

It would seem that, players do want a more powerful, more expensive version of the Steam Deck. According to Newell, Valve is basing these plans on the wild success of the Steam Deck’s most expensive, currently available model. The one that comes with 512GB of storage, an exclusive anti-glare laser-etched glass for the screen, and an exclusive case that is slightly different and a bit nicer than the one that comes with the 256GB model.

In regard to the Steam Deck options, Newell states that the 512GB model is by far the most popular. Perhaps that boils down to the extras like the special anti-glare glass and the nicer case. Though a big part is also no doubt the larger storage capacity.

Whatever the reasons, consumers seem to prefer the most expensive Steam Deck model to the other two. Valve sees this as a sign that customers want a more powerful model.

A Steam Deck 2 is already planned, but that doesn’t mean it’s concrete

A second Steam Deck in planning does not amount to a second Steam Deck being currently developed. It certainly seems like Valve wants to release a follow-up. But the company is nowhere near the development phase it would appear. Newell says that “we’re not really there yet” in regard to the status of a second iteration of the handheld PC.

Valve is in the early stages of discussion about what a Steam Deck 2 might look like. With Newel stating that “the second iterations are going to be more about: What are the capabilities that mobile gives us, above and beyond what you would get in a traditional desktop or laptop?”

Additionally, Newell says he thinks of the Steam Deck as a “permanent addition” to PC gaming. All of this aside, a second, more powerful Steam Deck is a long way off. Valve just sent out the first wave of emails for reservation holders to complete their Steam Deck purchase this morning.

And most people won’t get the chance to buy theirs until after Q2 of this year. Basically, don’t expect a more powerful Steam Deck to be available anytime soon. But it would seem that one is indeed being talked about.