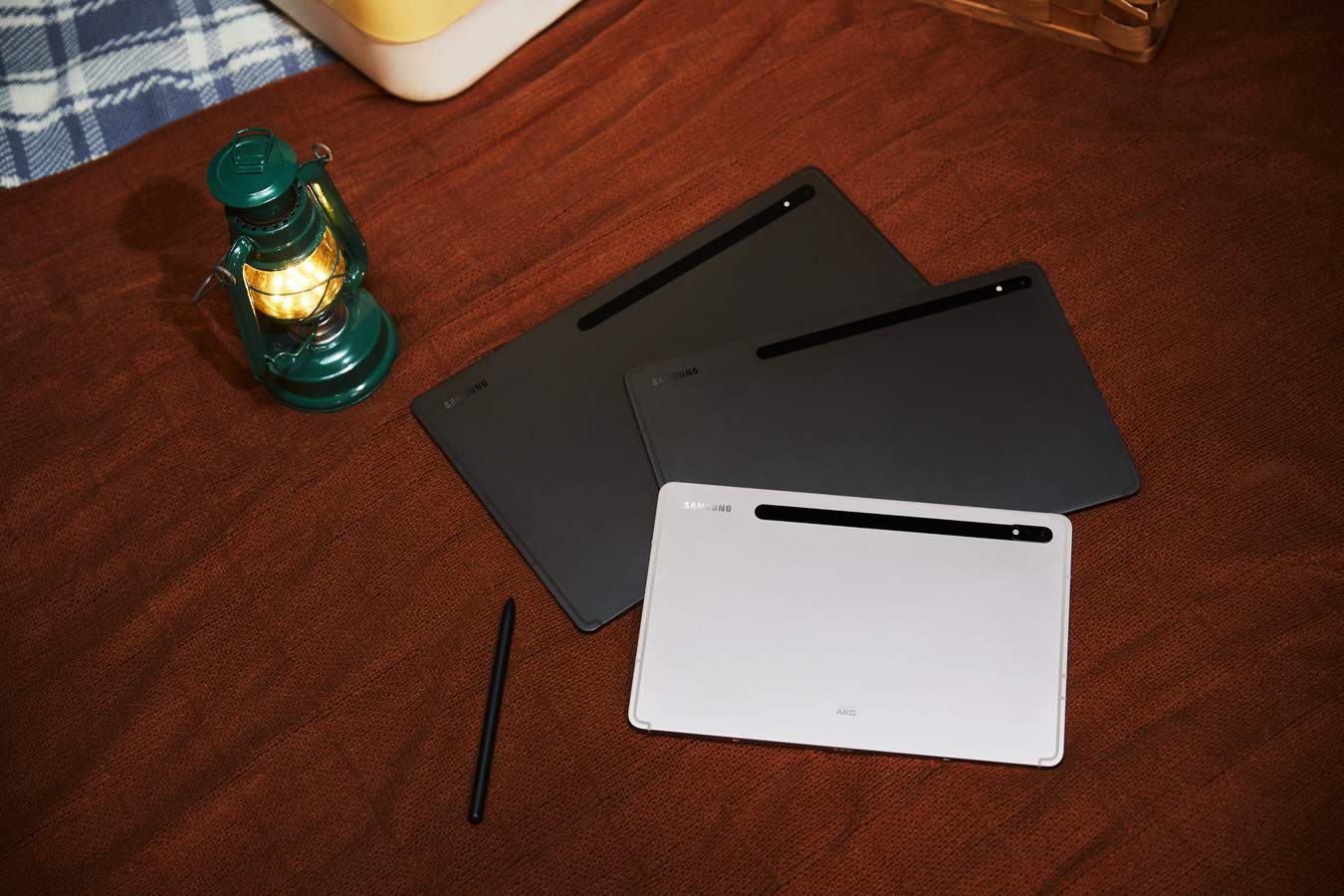 The Samsung Galaxy Tab S8 Ultra appeared earlier today, courtesy of Evan Blass. As if that wasn’t enough, the tipster now shared a bunch of images of all three of Samsung’s upcoming tablets. In the gallery below the article, you can see the Galaxy Tab S8, S8+, and S8 Ultra pose side-by-side, along with some additional images.

Thanks to these images, you’ll be able to see the size difference between the three tablets. The Galaxy Tab S8 won’t be small, but it will be considerably smaller than the Galaxy Tab S8 Ultra.

The side difference is more than apparent in the images below. The three tablets will look the same, in terms of the general design, save for the size difference, and the notch that only the ‘Ultra’ model will feature.

You can also see several different color offerings of these three tablets. Black, white, and pink models are shown here. Samsung will have different, fancy names for those variants, though.

Considering these are lifestyle shots, you can also see some of Samsung’s other gadgets here, posing with the upcoming tablets. In one of the images, it seems like the Galaxy S22+ sits next to one of the tablets, but we cannot be 100-percent sure.

These tablets will launch alongside the Galaxy S22 series

These three tablets will launch on February 9, so, in only two days. They will launch alongside the Galaxy S22, S22+, and S22 Ultra. Samsung will announce at least six gadgets during that ‘Unpacked’ event.

The three Galaxy S22 smartphones will easily take the spotlight, but the tablets are rather interesting in their own right. They will be quite expensive, though, so keep that in mind. 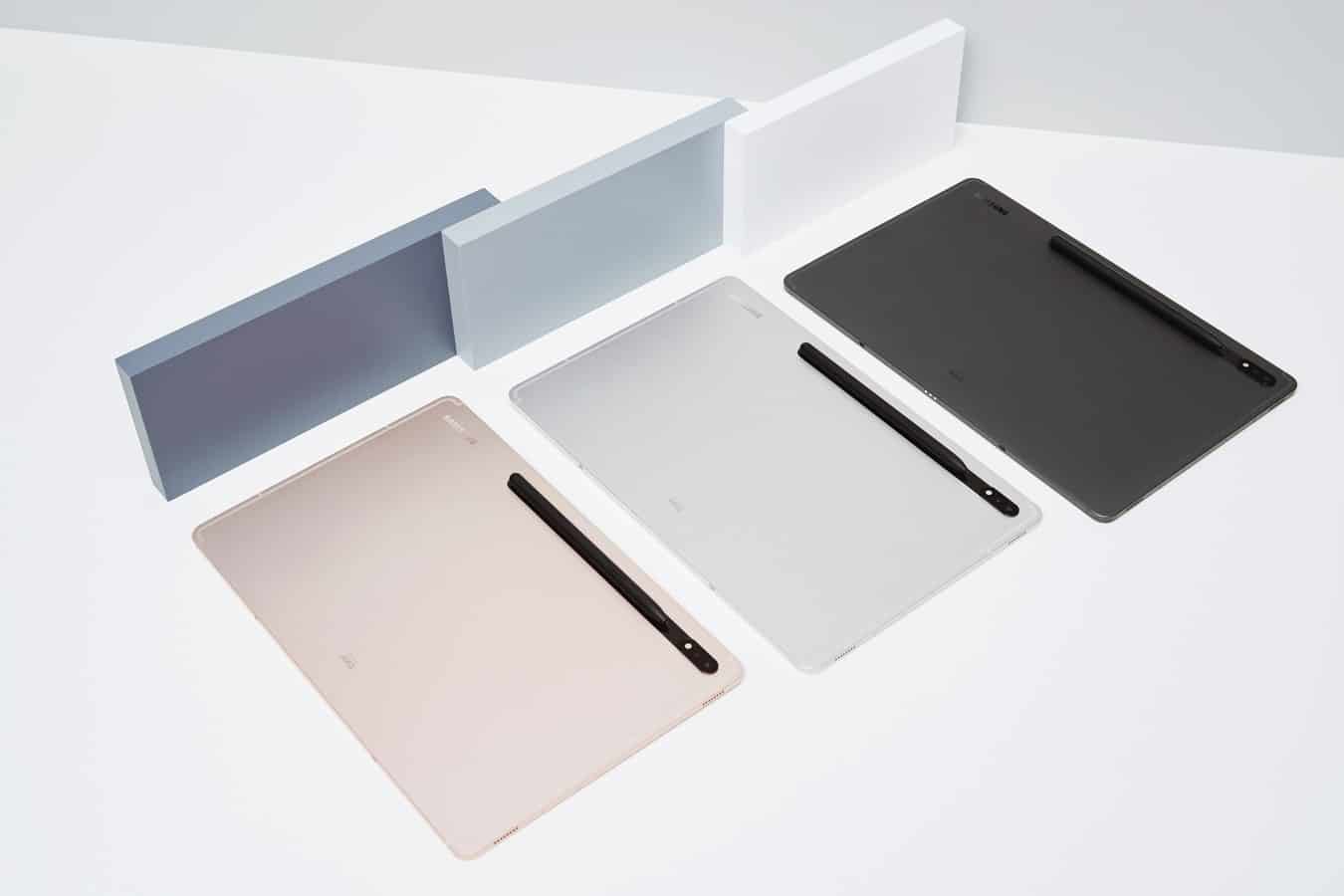 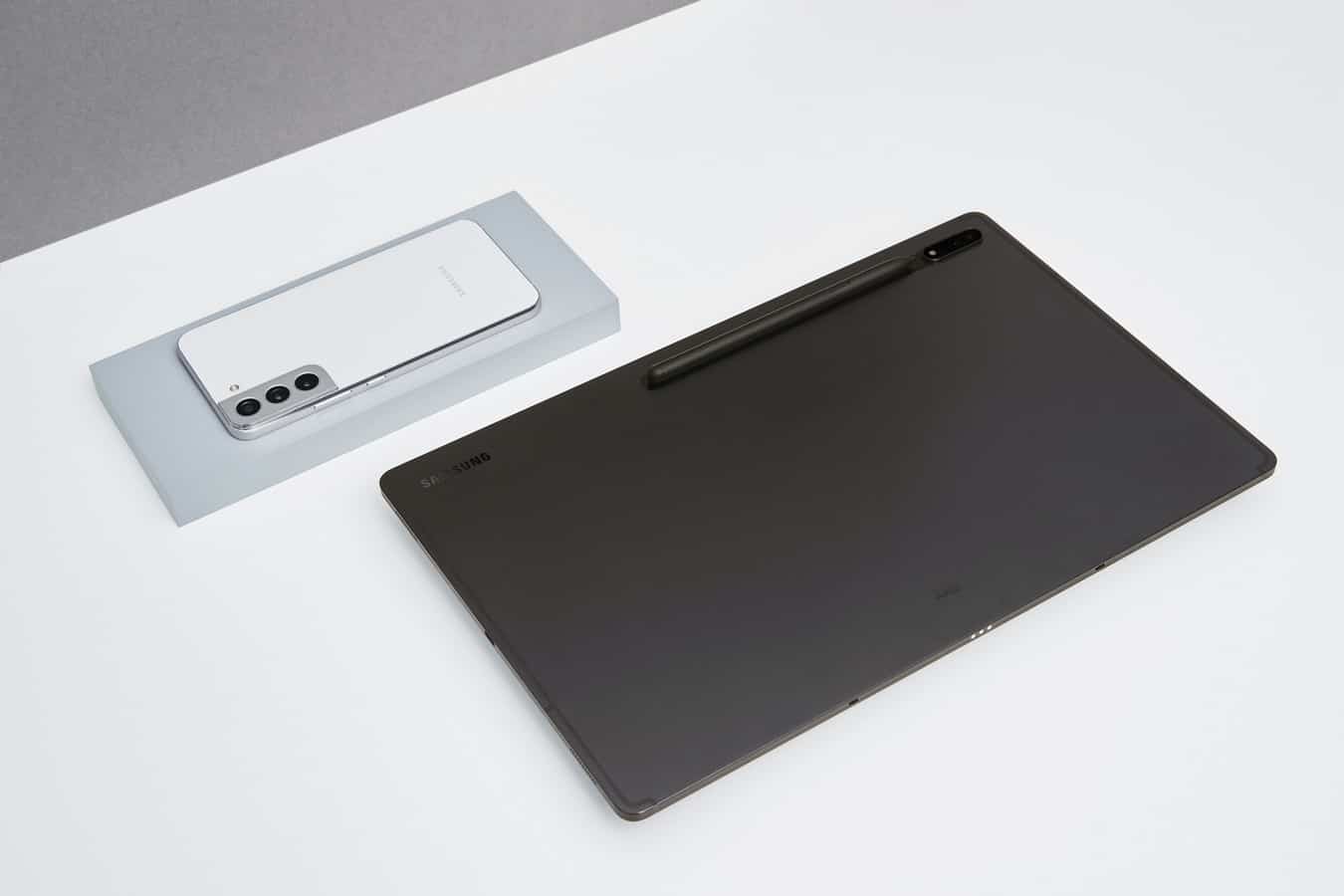 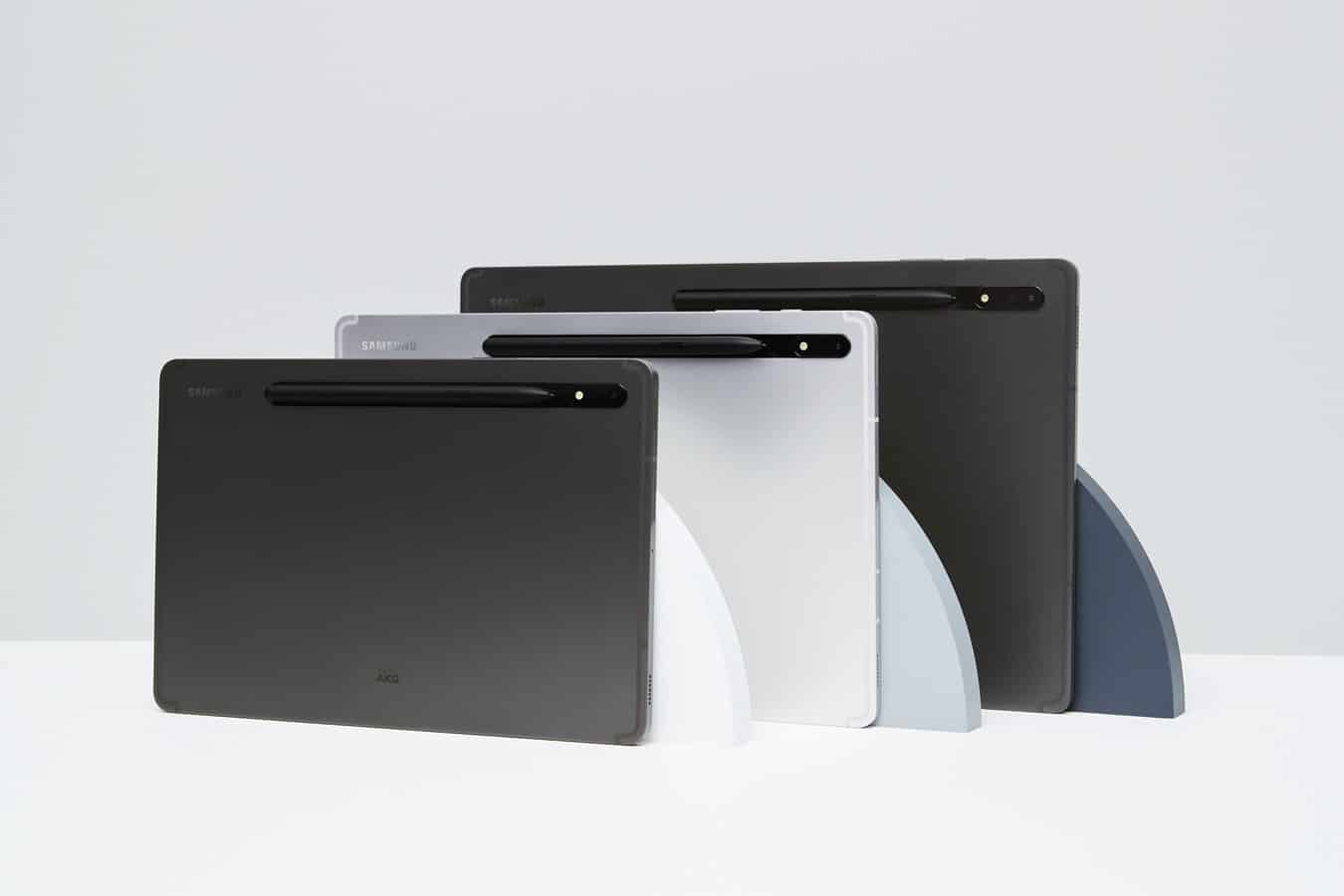 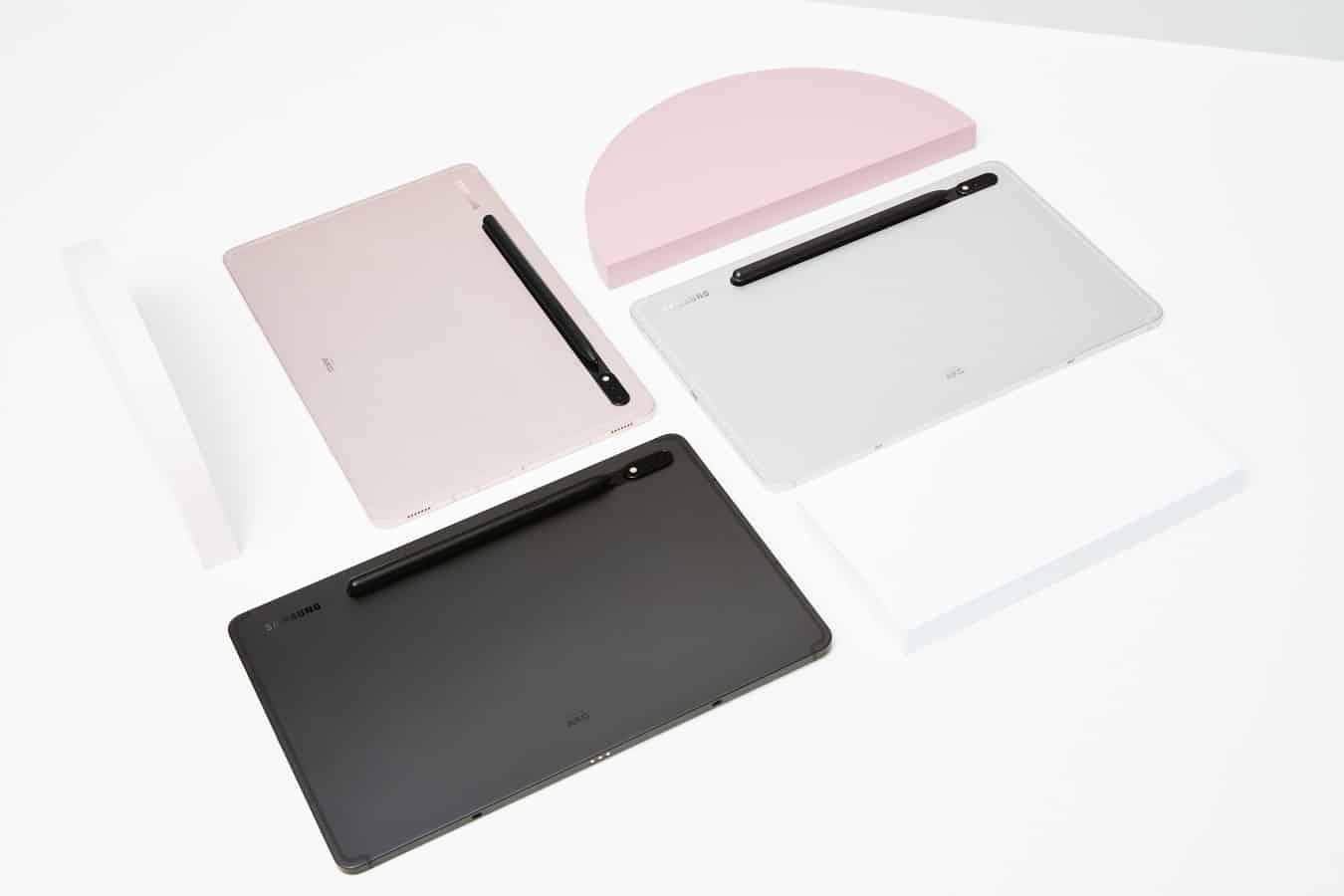 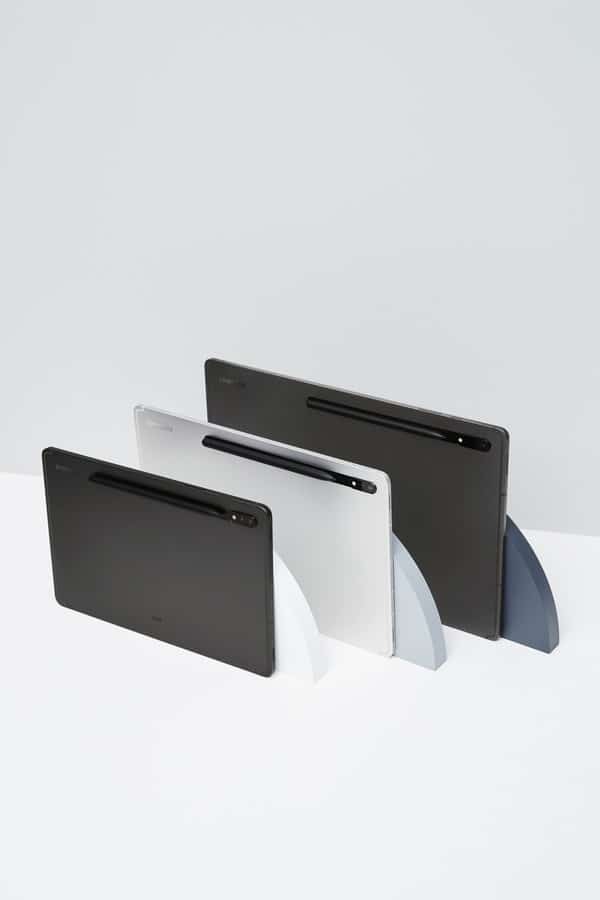 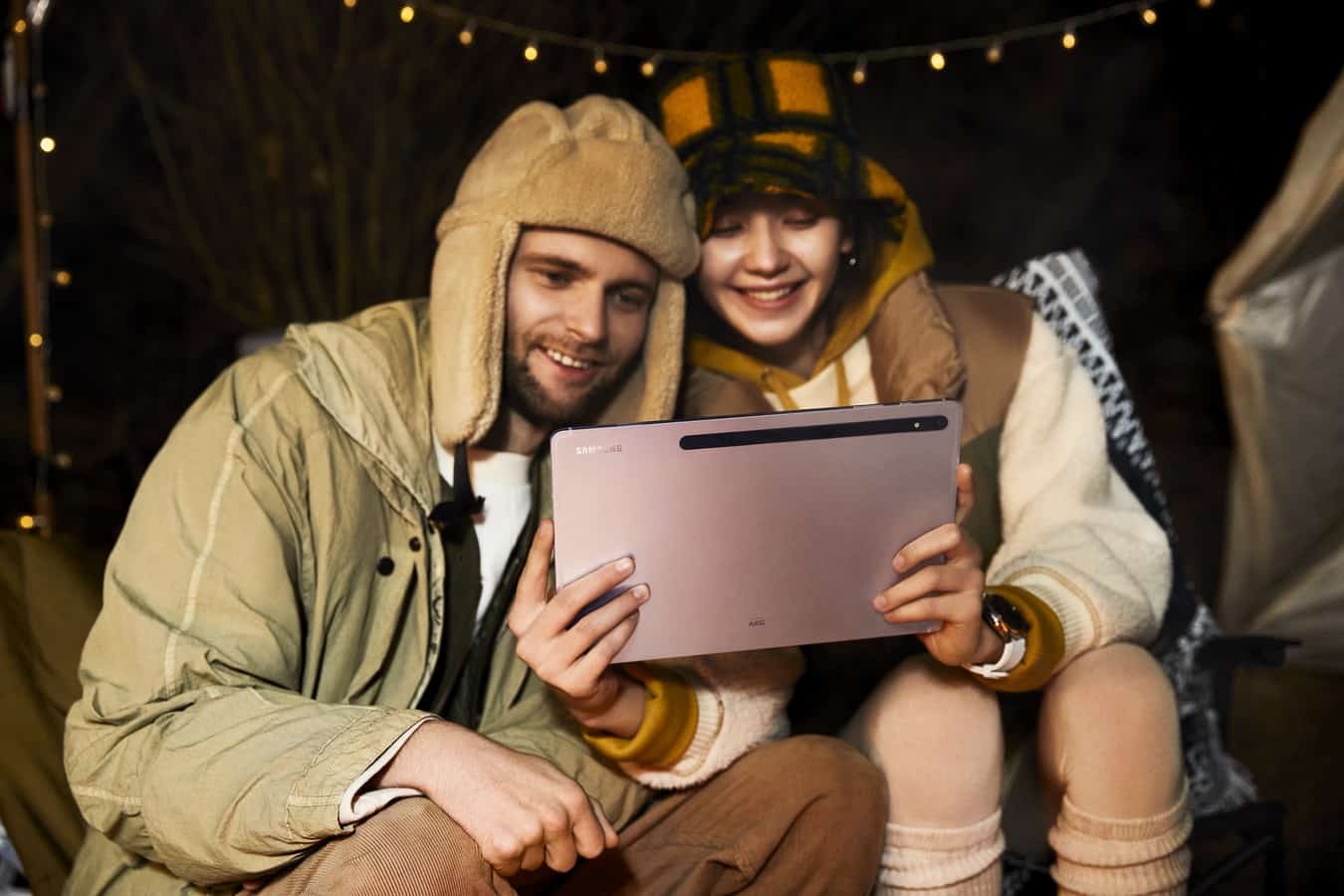 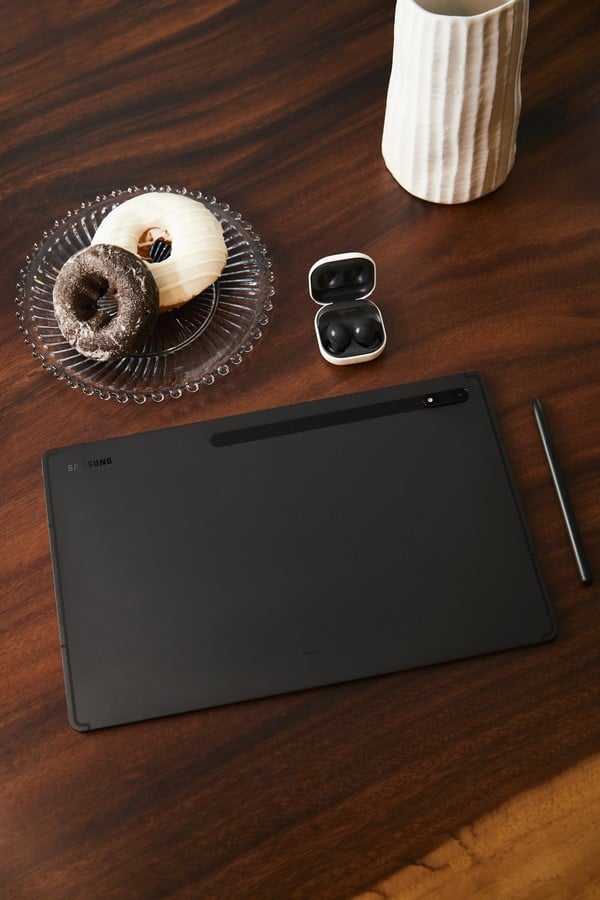 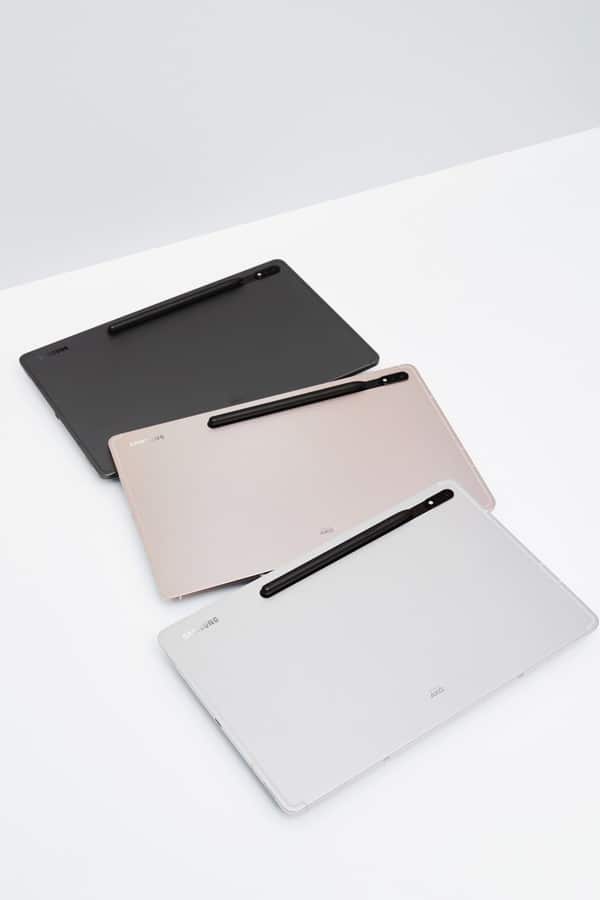 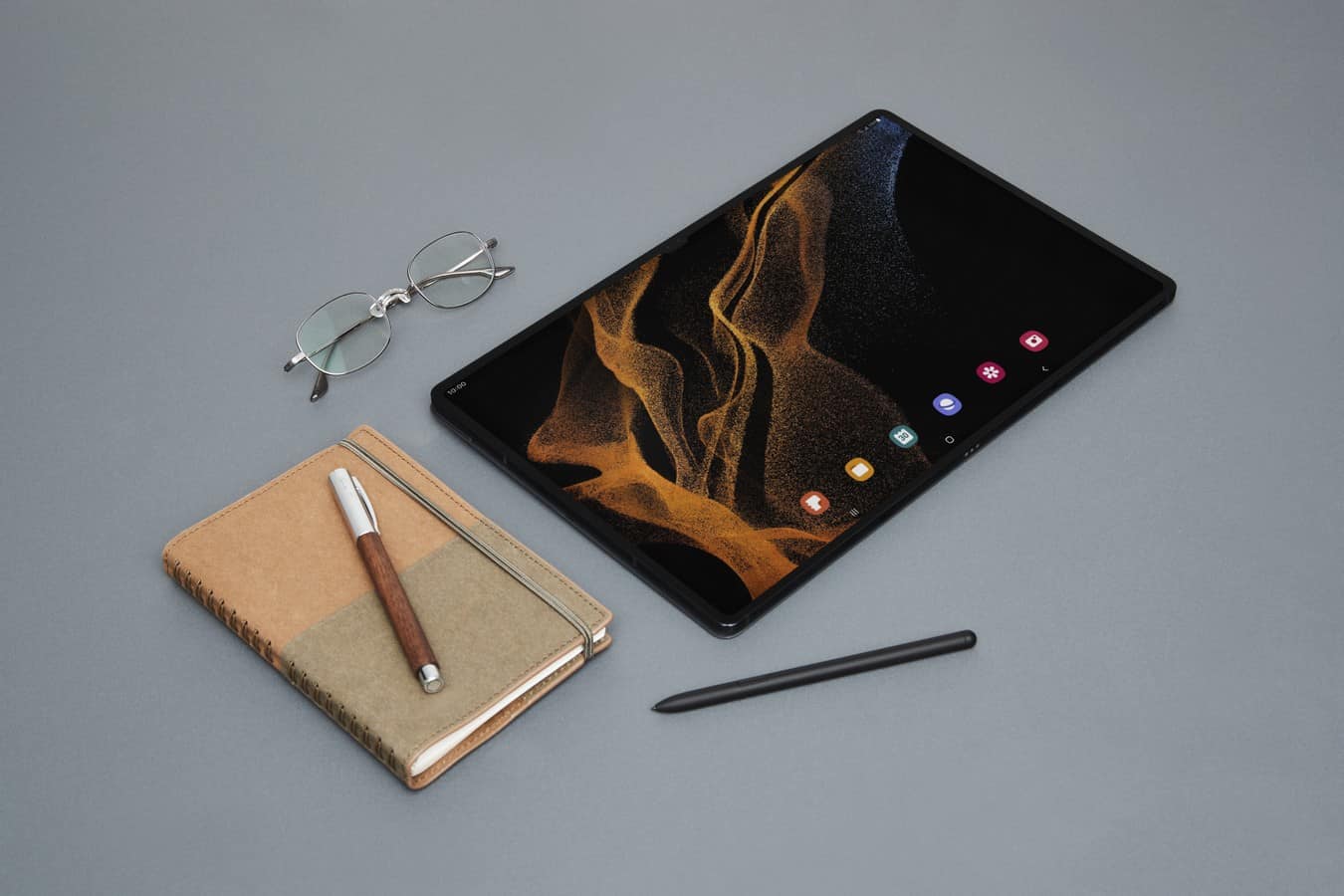 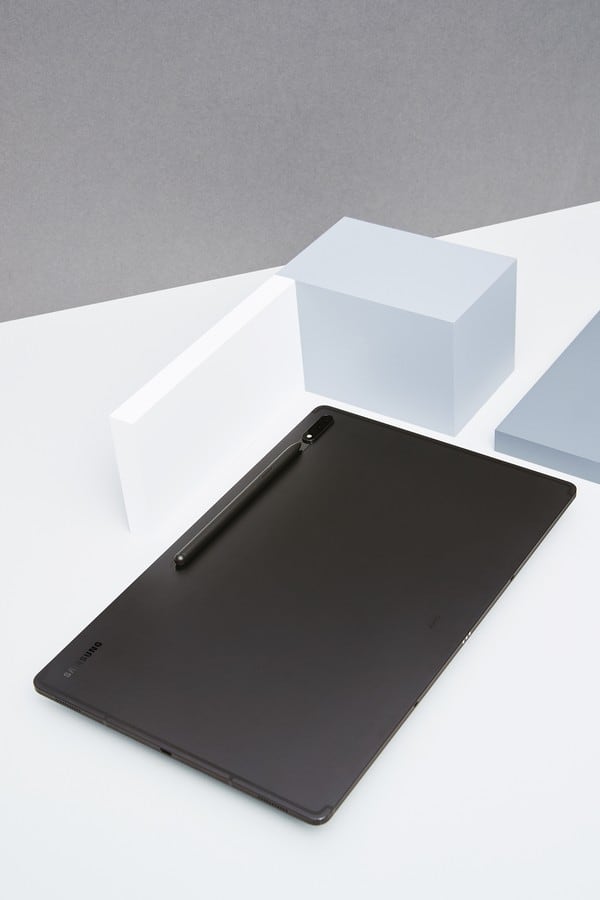 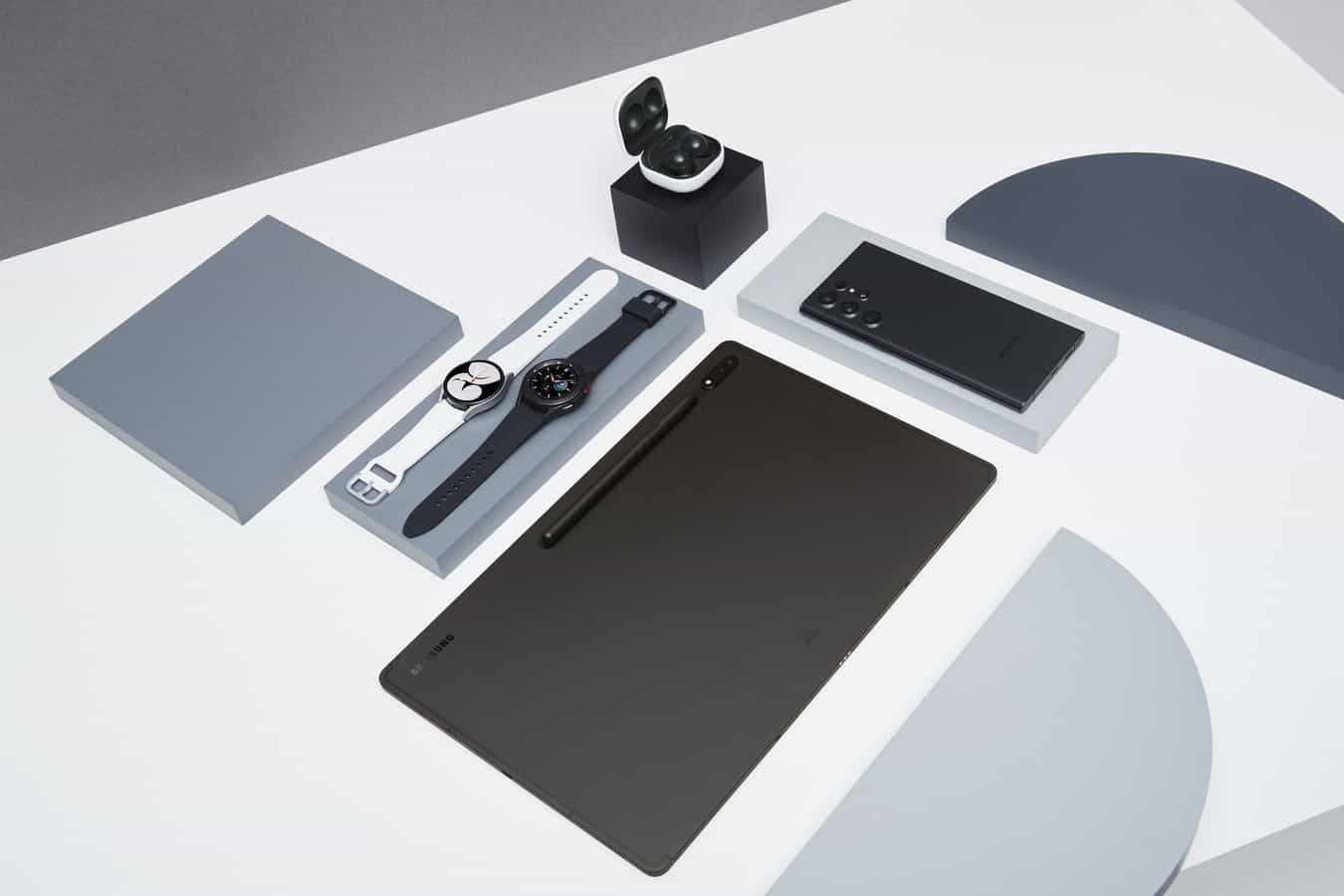 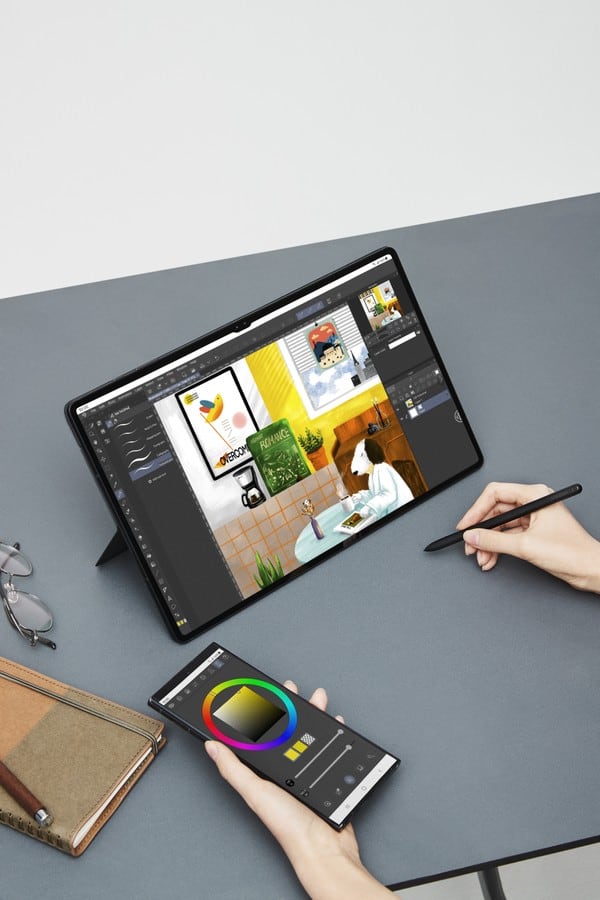 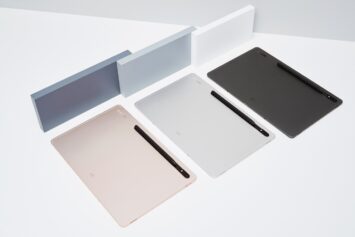 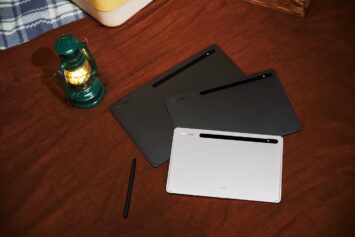 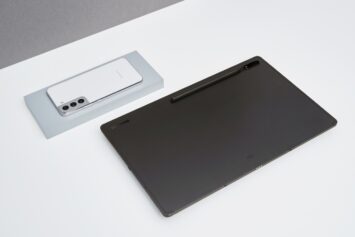 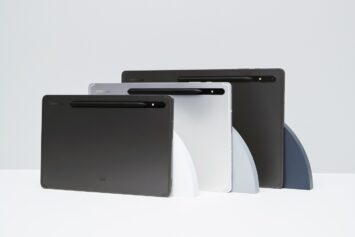 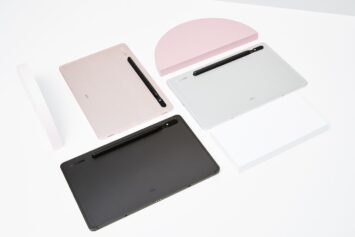 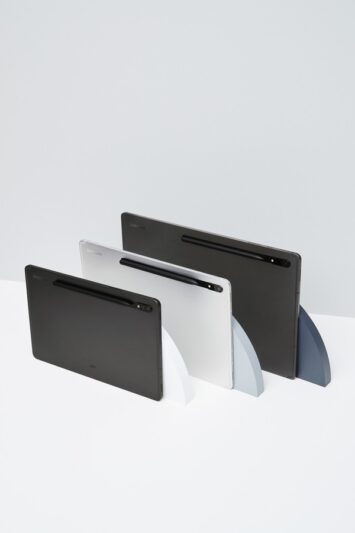 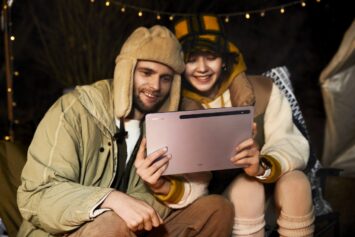 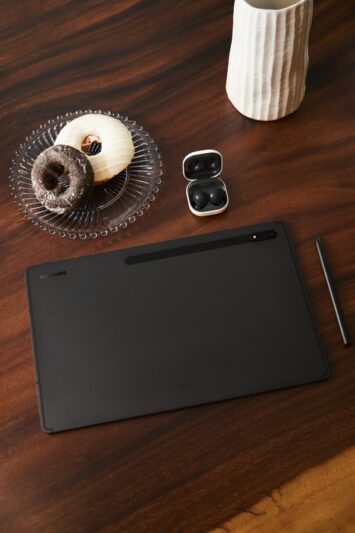 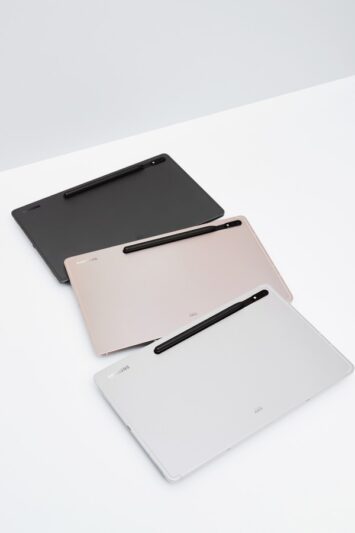 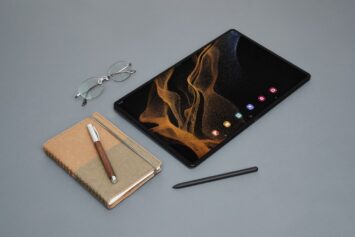 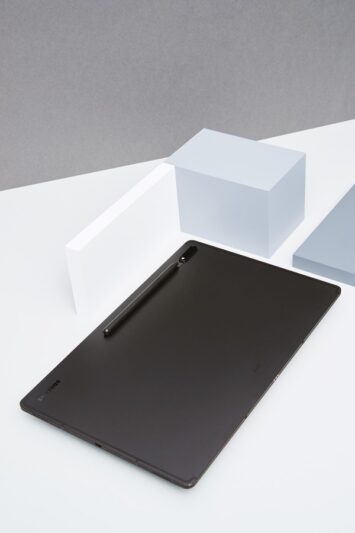 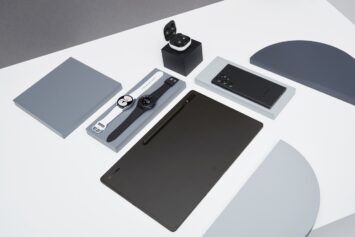 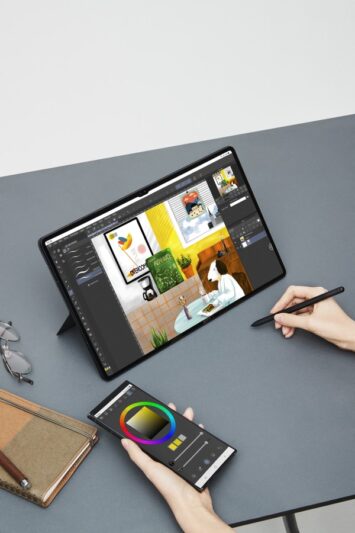