Last month, we came across a leak revealing the Motorola Smart Stylus and a folio case for the Edge 30 Ultra flagship. A new leak now suggests that the stylus may not be exclusive to the Ultra variant.

Renowned tipster @evleaks, aka Evan Blass, has shared renders of the Motorola Edge 30 Pro Folio Case accompanied by the aforementioned Smart Stylus. Blass also revealed a standalone render of the phone in silver/gray. The Edge 30 Pro should be available in multiple colors based on previous leaks. 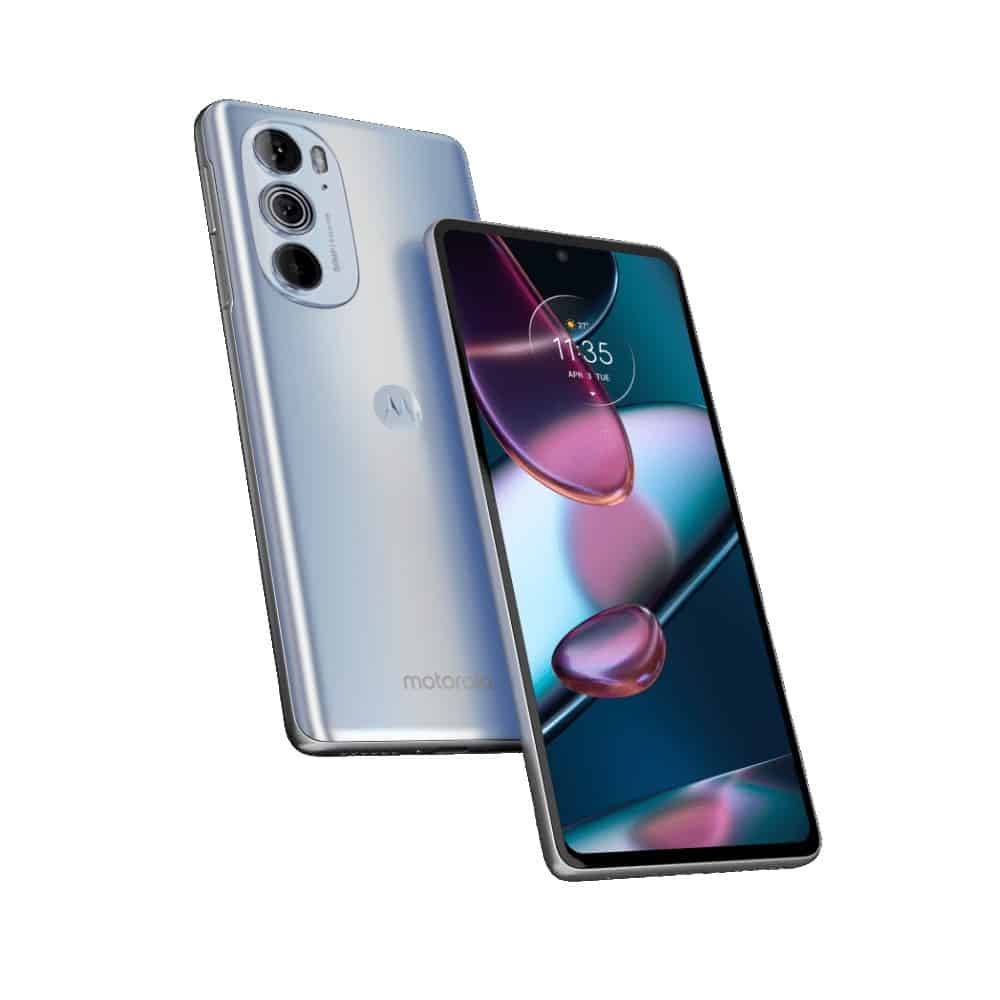 The company’s Smart Stylus reportedly pairs the Edge 30 Pro over Bluetooth, in line with last month’s leak. Additionally, the stylus unlocks more functionality when paired with the folio case. For starters, the folio case acts as a holder for the stylus. Removing the Smart Stylus from its silo in the folio case can automatically open an application chosen by the user. It would also support wireless charging and air gestures.

So this could be more like Samsung’s S Pen than a standard capacitive stylus we’ve seen on older Motorola phones. The case has a kickstand going by the leaked render. There’s also a vertical cutout across the middle of the screen for quick access to key functions using the always-on display.

The hardware of the Edge 30 Pro is barely a mystery, given that it is effectively a global variant of the China-exclusive Edge X30 that broke cover in December. Thankfully, we don’t have to wait long for its arrival. The Lenovo-owned manufacturer will officially unveil the Edge 30 Pro on February 24, based on a recent social media post.

One key difference between the Edge 30 Pro and the Edge X30 is likely to be the software. While Motorola uses MyUI 3.0 for its phones in China, the software on the global version is called My UX.

On the hardware front, the Edge 30 Pro will bring a 6.7-inch OLED screen with a resolution of 2400 x 1080 and a refresh rate of 144Hz. The back features three cameras, including two 50-megapixel sensors (primary and ultrawide) and a 2-megapixel depth sensor. A 60-megapixel camera sits on the front, so there are no compromises in the camera department.

Motorola is also offering the 4nm Snapdragon 8 Gen 1 chipset with the Edge 30 Pro, while users should have the choice between 8GB and 12GB of RAM. Only two storage variants are available – 128GB and 256GB, while there’s no microSD card slot on board. Rounding off the specs sheet is a 5,000mAh battery with 68W fast charging support, a side-mounted fingerprint scanner, stereo speakers, and a splash-resistant design.