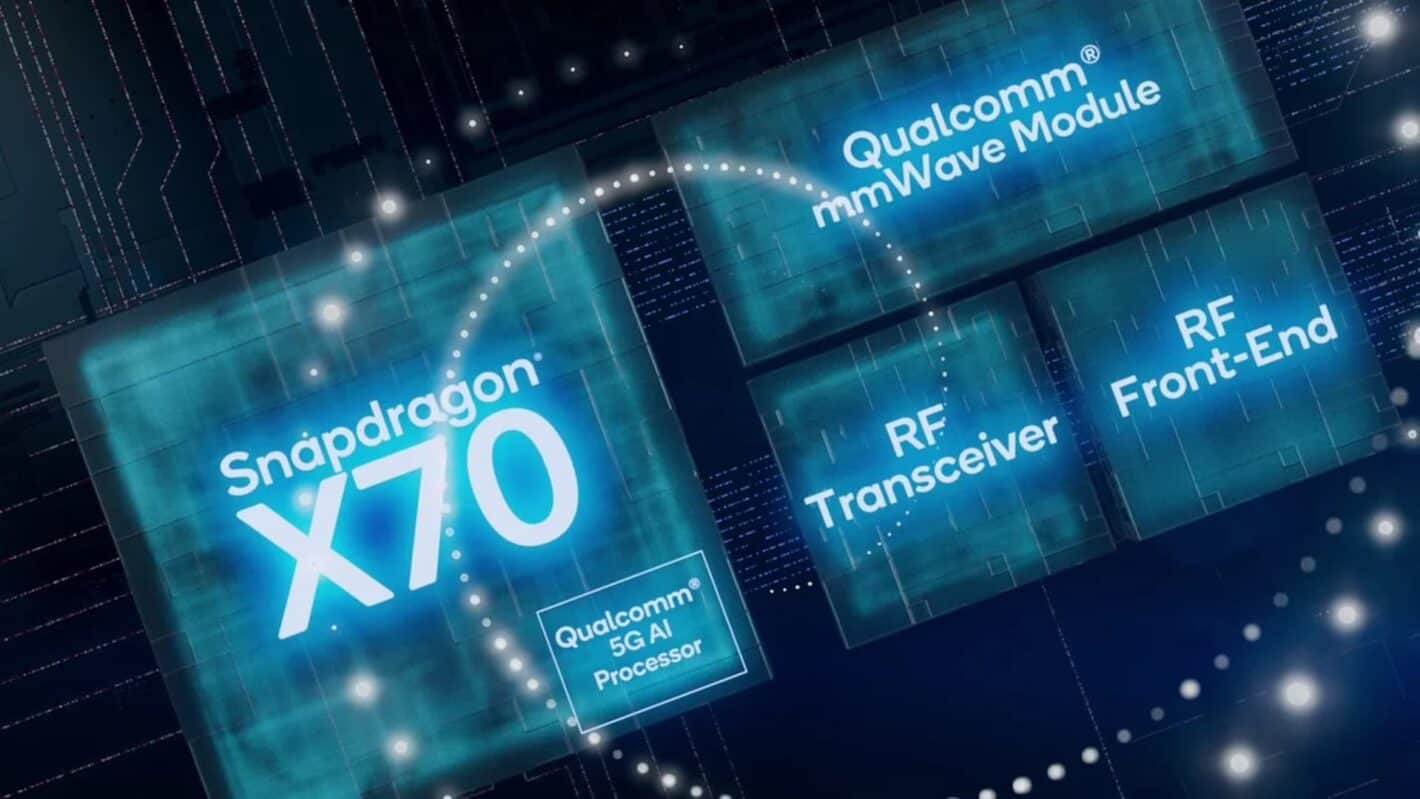 Qualcomm has now officially announced its next-generation 5G modem chip empowered with AI, the Snapdragon X70. The modem is the first reported to be built around Qualcomm’s 5G AI Suite and, if the company’s estimates are accurate, will make those networks even faster. In fact, it could bolster mmWave connections by up to 28-percent, according to the company.

How would AI make the Snapdragon X70 5G modem faster?

The Snapdragon X70 doesn’t boost speed, in and of itself, on 5G using AI. It’s rated for the same up to 10Gb speed as the current Snapdragon X65. And it comes with the same 5G Ultra-Low Latency Suite for handling latency. It also supports global 5G across the 600MHz to 41GHz spectrum with 4-times downlink carrier aggregation.

Additionally, this modem chip supports mwwWave aggregation with sub-6 5G, and Switched Uplink on the chip supports uplink speeds up to 3.5Gbps.

The AI is being utilized for prediction modeling in order to bolster speeds to better meet the potential of the modem. Or, more succinctly, to help with optimization of mmWave beamforming. Specifically between smartphones and cell towers. It will also optimize channel-based feedback for throughput optimization. Improving that metric by as much as 24-percent. And, last but not least, it’s meant to optimize power efficiency. Thanks in part to being built on a 4nm node and utilizing PowerSave Gen 3 and AI antenna tuning.

Qualcomm is also supporting standalone mmWave with the Snapdragon X70, beyond its AI 5G capabilities. That’s in place to allow service providers to provide both fixed-wireless access and enterprise 5G using only mmWave networking.

Now, Qualcomm only just got its start with the Snapdragon X65 modem. Most recently with the Snapdragon 8 Gen 1.  So it may come as a surprise that the company plans to make this new 5G modem available as early as the second quarter of this year. And it should, Qualcomm says, appear in commercially available products by the end of the year.