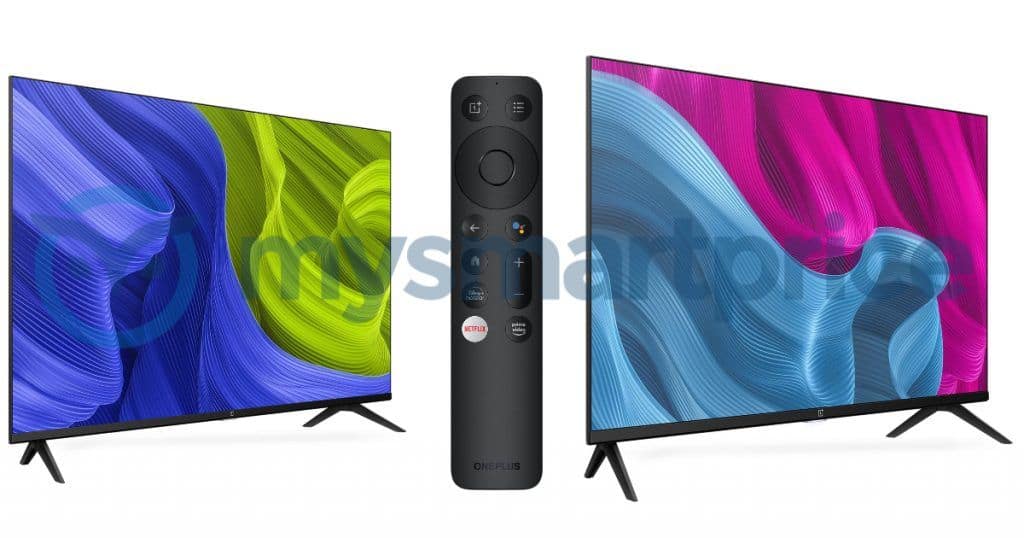 The design of the upcoming OnePlus TV has just surfaced. The OnePlus Y1S is the TV in question, and it’s coming to India soon. MySmartPrice shared the design of the TV, and its remote controller.

The design of the upcoming OnePlus TV has just surfaced

We still don’t know when exactly when this TV will launch, as OnePlus didn’t confirm the launch date yet. The rumors are saying it will arrive on February 17, though.

This TV will arrive in two sizes, as per leaks. It is coming in 32-inch and 43-inch variants, both of which you can check out in the image provided above. As you can see, the TVs will have rather thin bezels, with the bottom bezel being the thickest. They’ll also ship with legs on both left and right sides.

The TV remote actually looks quite familiar. It will be very narrow, and I presume very thin as well. Most smart boxes ship with such remotes, so chances are you’ve at least seen them before, if not used them.

The Google Assistant button is included on the remote, amongst others

The Google Assistant button will be included on the remote, it seems, as will Netflix and Amazon Prime Video buttons. This isn’t exactly the highest-res image, so we can’t really see the details on the remote controller all that well.

The source does say that Prime Disney+Hotstar access will also be available on the remote. You’ll also get the volume up and down buttons, the general navigation buttons, and so on.

Android TV 11 is expected to come out of the box, while both TVs will support dual-band WiFi. You’ll be able to connect to 2.4GHz or 5GHz WiFi without a problem.