The Motorola Frontier is the company’s upcoming flagship, and it just surfaced, along with its 194MP camera. Evan Blass, a well-known tipster, shared several renders of the device, placed in a single image.

Check out the Motorola Frontier, and its huge 194MP camera sensor

If you take a look at the image above or below, you’ll be able to see the Motorola Frontier from almost all angles. The phone’s top side is not shown here, but everything else is.

So, as you can see, this phone has very thin bezels, a curved display, and a centered display camera hole. All of its physical buttons are placed on the right side, while the device seems to be quite thin.

Motorola will almost certainly use metal and glass to build the device, and you can also see how much its camera setup protrudes on the back. There’s a good reason for it, as this phone includes a huge 194MP main camera.

You’ll clearly see that the text on the back reveals we’re looking at a 194MP 1/1.5-inch sensor with OIS support. In addition to that, Motorola will also include a 50-megapixel ultrawide camera, and a 12-megapixel telephoto unit (Sony’s IMX664 sensor), if rumors are to be believed.

This smartphone is expected to feature a 6.67-inch fullHD+ OLED display with a 144Hz refresh rate. The Qualcomm Snapdragon “SM8475” will fuel the device. We’re not entirely sure what chip this is, but it could be the ‘Plus’ variant of the Snapdragon 8 Gen 1.

Chances are this phone won’t launch anytime soon, though. The Motorola Edge 30 Pro is right around the corner, and if the Motorola Frontier ends up sporting the ‘Plus’ variant of the Snapdragon 8 Gen 1, it’ll likely launch in the second half of the year. 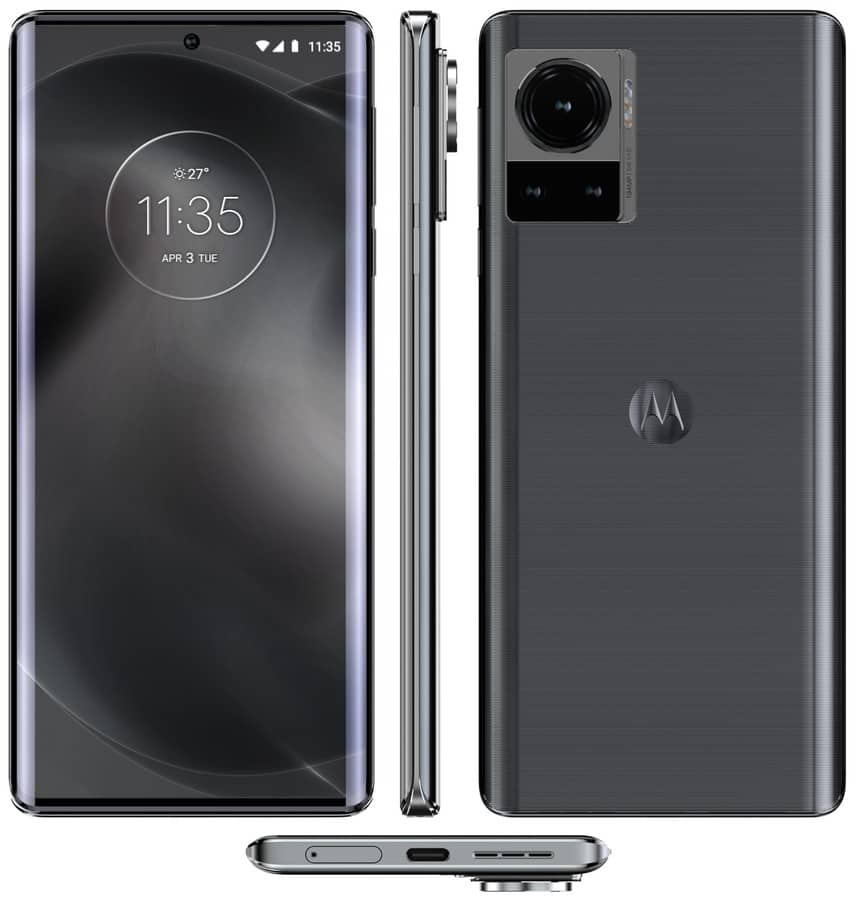