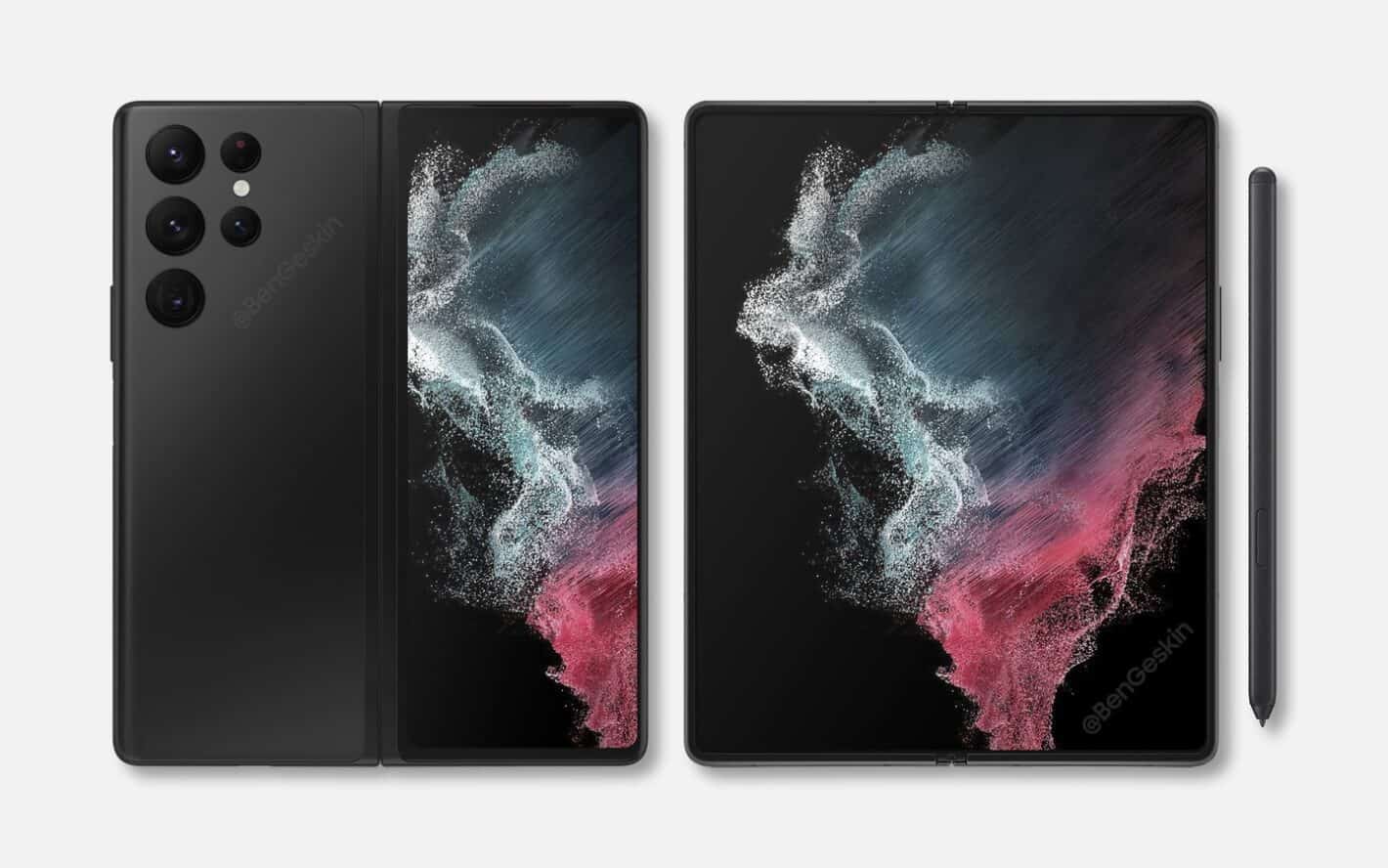 The Samsung Galaxy Z Fold 4 will launch later this year, but the least still didn’t start. That’s completely unsurprising considering that the Galaxy S22 series launched quite recently. We’re also still half a year away from its launch. That being said, a concept of the Galaxy Z Fold 4 did just appear, courtesy of Ben Geskin.

This is a third-party concept, so it’s more wishful thinking than a leak of a phone. Still, this design does look quite nice, that’s hard to deny. This design does take inspiration from the Galaxy S22 Ultra, and it doesn’t exactly seem unrealistic.

The first thing I’ve personally noticed is that there are no punch holes. The main and secondary displays are completely clear of punch holes. That indicates that the designer envisioned under-display cameras to be included here.

The camera array on the back does look reminiscent of the setup on the Galaxy S22 Ultra. There is no camera island here, each of the sensors protrude from the phone’s back directly.

You will also notice the S Pen stylus in this image. Now, we all know that the Galaxy Z Fold 3 does support the S Pen. What it doesn’t have is a silo to store the S Pen while not in use. That is something the Galaxy S22 Ultra ships with.

It would be great if Samsung could figure out a way to include it in the next-gen Galaxy Z Fold device, that’s for sure. That may not be possible, but we’ll see.

The Galaxy Z Fold 3 launched in August last year, alongside the Galaxy Z Flip 3. Well, the Galaxy Z Fold 4 and Z Flip 4 are expected to arrive around that time this year. Things could change, of course, but for the time being, that’s what’s expected.