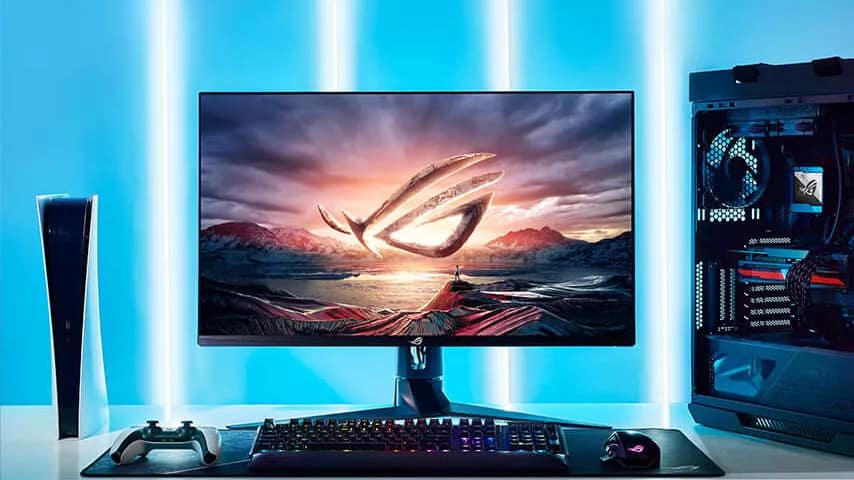 So far during CES there have been plenty of new gaming monitors unveiled, with ASUS seemingly announcing the most options out there thus far, and this includes a range of its new HDMI 2.1 monitors.

While HDMI 2.1 monitors are still not all that plentiful, or available at fairly affordable prices, that’s changing thanks to some of ASUS’ new options that were announced today. One notable monitor is the new TUF Gaming VG28UQL1A, which retails for $799. This appears to be ASUS’ cheapest option for HDMI 2.1, at least for what was announced this afternoon.

There’s also the ROG Swift PG32UQ which retails for $999. The main differences between these two are the aesthetics, and the screen size. Which accounts for most of the difference in cost. While the TUF Gaming monitor is a 28-inch panel, the ROG Swift model is a 32-inch panel.

After that there are actually quite a few similarities in terms of features. So you shouldn’t let the majority of the features dictate your choice if you’re looking to pick one of these up.

As noted the two monitors mentioned above offer a lot of the same features. HDMI 2.1 is chief among them but that’s not the only notable or desirable trait to look out for. Both the TUF Gaming and ROG Swift options come with DisplayHDR. Specifically DisplayHDR 600 on the Swift model and DisplayHDR 400 on the TUF Gaming option.

You’ll also find that both are G-Sync compatible, have 1ms response times, 144Hz refresh rates, 4K UHD resolution, and Variable Refresh rate. All of this adds up to these both being absolutely perfect for PS5 and Xbox Series X owners.

Auto Low Latency is also present. One thing worth considering is that these are both great for console owners who have the consoles on or near their desk. But for anyone that wants to wall mount their display at a further distance, or place the monitor and console across the room, ASUS has two other options. One for each console.

Lean back console gaming with the new ROG Strix XG43UQ 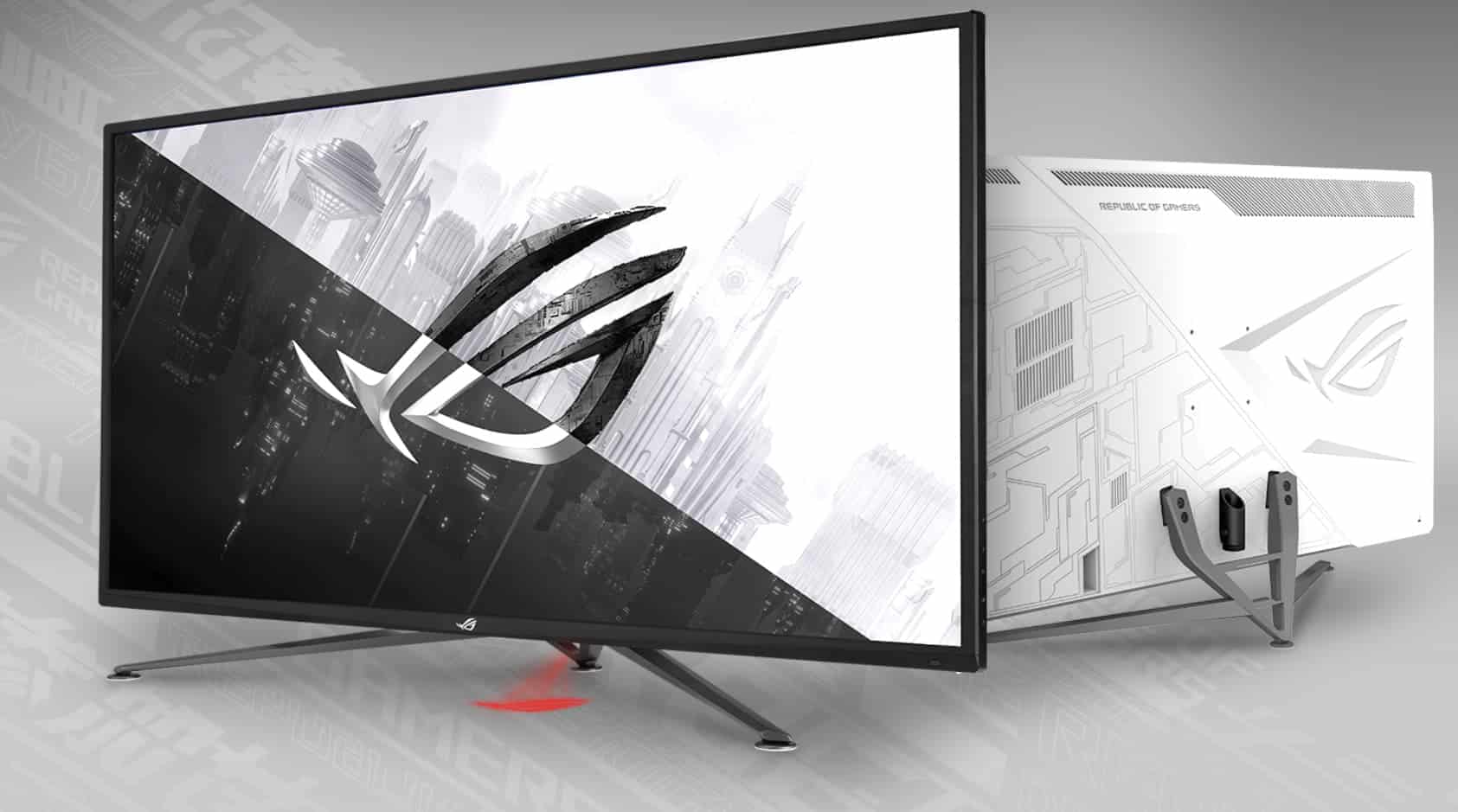