Skip to content
Advertisement
Trusted By Millions
Independent, Expert Android News You Can Trust, Since 2010
Publishing More Android Than Anyone Else
28
Today
71
This Week
309
This Month
309
This Year
118249
All Time
Advertisement Fast forward to now, you can find this under-display fingerprint technology on almost all ranges of smartphones, right from mid-range to even a few budget phones.

Technology, however, seems like it did not grow after this tech. Apparently, it is a bit difficult to innovate a fingerprint scanner. Samsung (ultrasonic scanner) and other brands came with their own version of fingerprint scanners, but that was it.

This means it would allow users to unlock their devices by touching any part of their device’s screen. Notably, this is something that many smartphone users were demanding for quite some time.

Thanks to the patent, you can really understand how this all-screen fingerprint technology developed by Xiaomi will work. Xiaomi’s patent shows that an array of infrared LED light transmitters will be placed underneath the layer of the capacitive touch screen.

So, all this makes at least one thing very clear. LED light transmitters and receivers are the core for this all-screen technology that Xiaomi has successfully patented.

Now, coming to the process of how it works. When a user will touch the screen with his/her finger, the touch screen will immediately register the touch response. Simultaneously, it will also register the position and shape of the fingertip.

The LED transmitters will emit the light at only the desired shape and position of the fingertip area. During this time, other parts of the screen will remain inactive, and the surrounding LED transmitter won’t light up.

Infrared light will be reflected back from the fingertip and will be projected onto the light receivers. After it successfully maps out all the important data of your fingertip, it will compare it with the saved fingerprint details.

When it finds that the mapped data is the same as the one which is saved, the user will be able to unlock the phone. Xiaomi plans to bring this technology to all its future smartphones, which we hope it does soon. 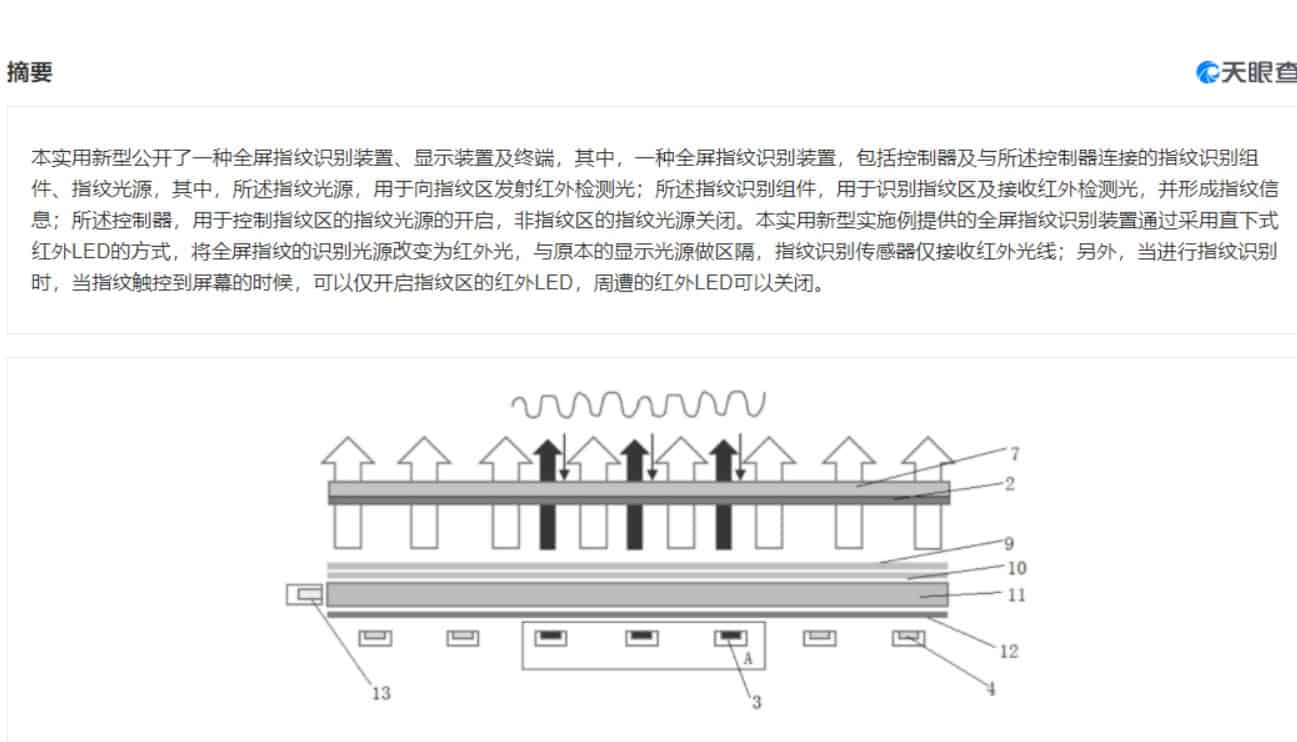