Following the launch of C-Band 5G last week, Verizon has finally updated its coverage maps, so you can see exactly where it is live. Surprisingly, this was not available when C-Band went live last week, but it’s better late then never, right? 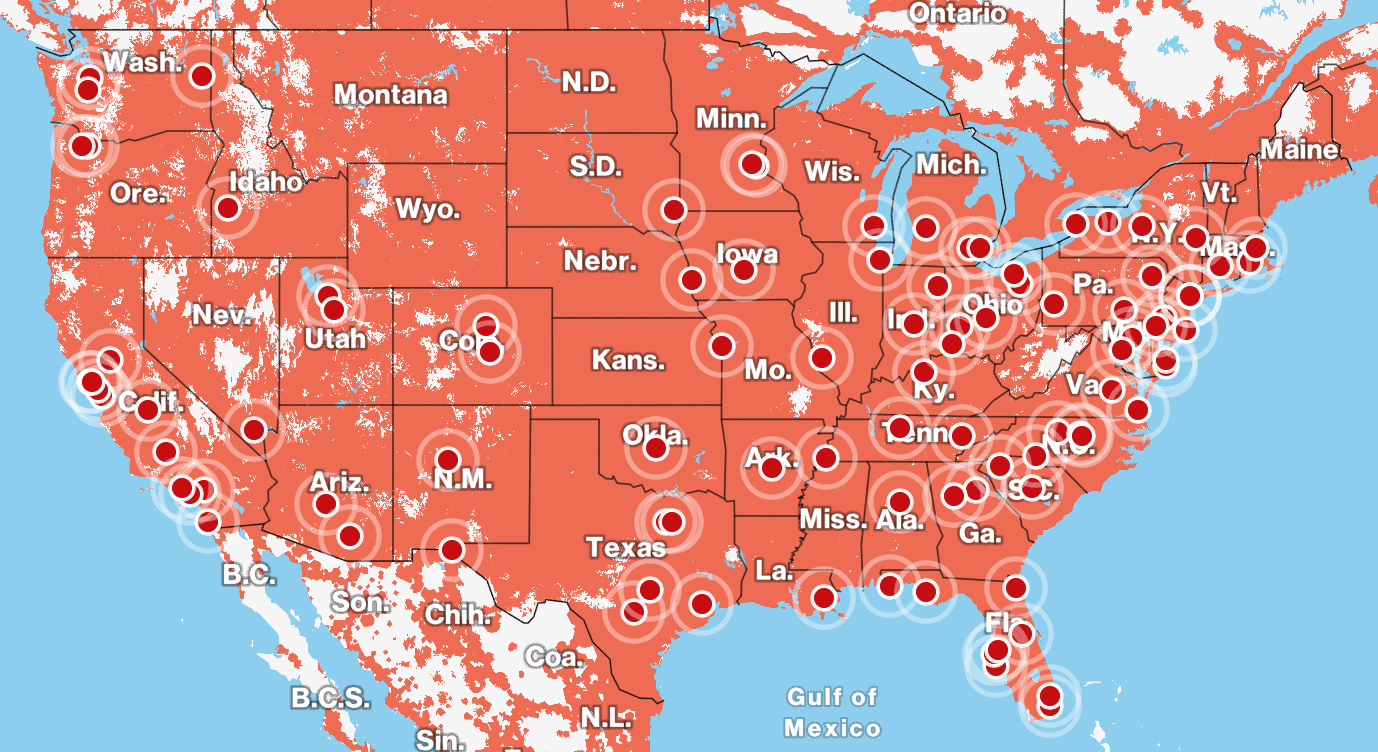 When you zoom in on the coverage map, it will then break down to 5G Ultra Wideband, 5G Nationwide, 4G LTE and then international and no coverage. C-Band and mmWave are shown as Ultra Wideband. Unfortunately, you can’t see the difference between the two. However, if you do zoom in to street level, you can tell where some places have mmWave and not C-Band. If it only covers streets than it’s mmWave.

As a few people have noted on Twitter, the new coverage map isn’t 100% accurate. It’s showing some areas that have 5G UW that actually don’t.

this new Verizon map is extremely inaccurate. painted my entire area in 5G UW, including where I live. All I get is N2 over here.

When Verizon first turned on C-Band last week, there was barely any coverage in Ann Arbor, MI, and now there’s a whole lot more in less than a week. It’s also gotten much faster. So it seems like Verizon isn’t just flipping a switch and turning everything on.

What’s also interesting is that airports are blanketed in 5G UW, even though they are not supposed to be. Now this could be, because mmWave is also shown as 5G UW on the map. And some of these airports do have mmWave, and that could be what we’re seeing. Though, it didn’t used to be blanketed in 5G UW.

Check out the Verizon Coverage maps for 5G here.