Many would remember Sikur, the manufacturer of secure smartphones. The company is now releasing a new device known as the Sikur One with the help of Brazilian electronics manufacturer, Multilaser.

The device takes the “Zero Trust” approach to security, meaning the system doesn’t trust anybody. Individuals go through frequent authorizations as part of this policy.

The Sikur One also includes a system known as Sikur ID, which offers an authentication token function without a password. This, in the company’s words, will eliminate phishing or malware attacks. Naturally, the smartphone supports remote wiping or locking in the event of theft or loss.

Thanks to the cloud, your data can be quickly restored on another smartphone if and when needed. Location services are turned off on the Sikur One by default, bringing an additional layer of security. Moreover, USB file transfer is unavailable on the device, making it a pretty robust and secure smartphone overall. The phone is in compliance with Brazil’s LGPD and the European GDPR laws, paving the way for its arrival across the two regions.

While the Sikur One is ideal for corporate or government agencies, the company is making it available to everyone

It’s probably clear to you at this point that the Sikur One is optimized for government and corporate environments where there’s a sharper focus on privacy and security of data. However, the company is also making this available to regular consumers. 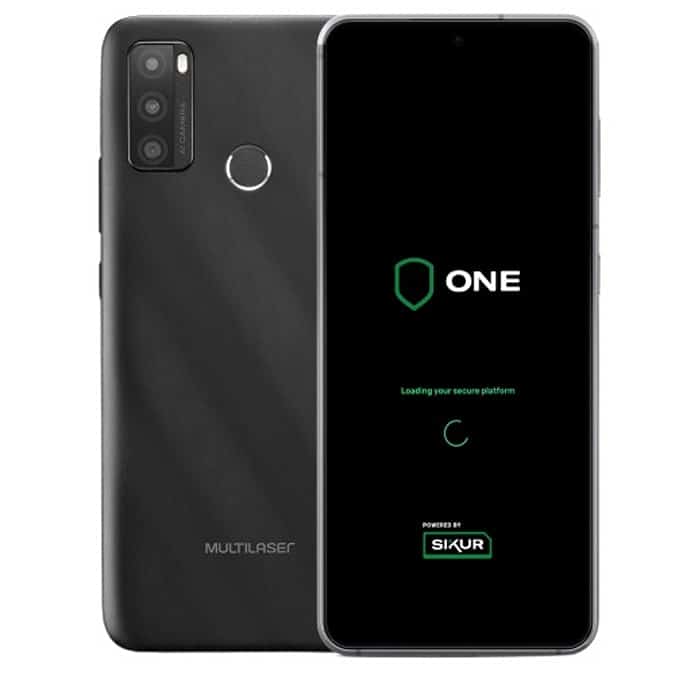 In terms of existing apps and updates, the company says it won’t allow “commonly exploited vulnerabilities” to seep through. This suggests the Sikur One will receive frequent over-the-air security updates. Unsurprisingly, the smartphone won’t support apps from unknown or unsecured app hubs. While the Google Play Store is available, organizations can restrict or limit the available apps.

Standard functions like messaging go through Sikur Messenger, the default communications app. It supports file sharing/storage, video, and voice calls. Sikur said all data from this messaging app stays inside a private cloud network (via Engadget).

The hardware on the Sikur One is pretty decent, including a 6.5-inch screen, 128GB of internal storage (expandable up to 512GB), 4GB of RAM, and an octa-core chipset. The company also offers triple rear cameras and a solitary 3-megapixel front camera. The Sikur One only supports 4G, though it offers dual-SIM capabilities. Android 11 is running by default, and it’s likely to retain that operating system for a while.

Now for the all-important question about pricing. The Sikur One will sell through its retail partners for roughly $274. It’s worth noting that the pricing may differ depending on the region. The cost includes 12 months of Sikur Messenger and mobile device management services. Sikur will charge $145/year per user for these features after 12 months.