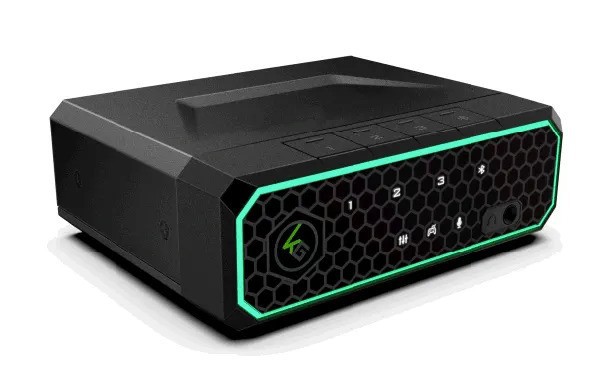 Mouse and keyboard gaming isn’t only for PCs anymore, and Keymander’s new product drives that point home. The new Keymander Nexus Gaming KVM allows you to connect multiple consoles up to the same PC with the same mouse, keyboard, and headset. This was announced as a part of CES 2022.

The Nexus KVM makes switching between consoles a lot easier.

Back in the day, no one ever imagined playing a console using mouse and keyboard. Nowadays, however, it’s not uncommon to see a person playing their Switch or PS4 using a mouse and keyboard. This is why the Nexus Gaming KVM is a must-have product for hardcore gamers.

With the Nexus Gaming KVM, that issue will be a thing of the past. This device lets you hook up multiple consoles to the same PC, mouse, keyboard, and monitor. This means that you can use the same mouse and keyboard with your PS4 as you do with your Xbox Series X.

Most people mind think that this is a little bit too much, but hardcore gamers who can’t stick to just one camp will love this. You’ll hook up to three consoles including the PC to the same setup.

Support is limited when it comes to the PS5

The Nexus Gaming KVM works with Xbox Series X/S, Nintendo Switch, PS4, and PCs. When it comes to PS5 games, there are some caveats. Not all games on that system are supported with this device. The issue seems to stem from the PS5’s DualSense controller technology. In a statement, an IOGEAR spokesperson told Engadget that this device. “…can only play PS4 and non-DualSense PS5 games.”

However, the company stated that at the end of the second quarter of 2022, It would launch a dongle that will make it compatible with the DualSense technology. That’s a couple of months from now, but the device will be launching between April and June this year.

If you’re excited about picking up one of these devices, it will be available in the springtime this year for $200. That seems like a great price for such a streamlined gaming experience. Also, that price pales in comparison to the price you probably spent on all your consoles.