For those who don’t know, the Samsung Galaxy Note 10+ was the first device from the company to come with 45W fast charging support. However, the charging speed was not significantly faster when compared to the company’s regular 25W charger.

Leaker Roland Quandt has published an image of the 45W fast charger’s box. The image gives us a look at the charger along with a peek into its specifications.

There is no official information available about this charging speed. So, we would advise our readers to take this piece of information with a grain of salt.

Moreover, the leaked image shows the charger in black color. The charger box includes a Type-C to USB Type-C cable, which would be 1.8m long. As noted by SamMobile, the charger is expected to work on the USB PD 3.0 protocol with Programmable Power Supply (PPS).

Besides, most Chinese OEMs bundle their proprietary chargers inside the box with their phones. After Apple, Samsung was among the first brands to ship smartphones with a charger inside the box. 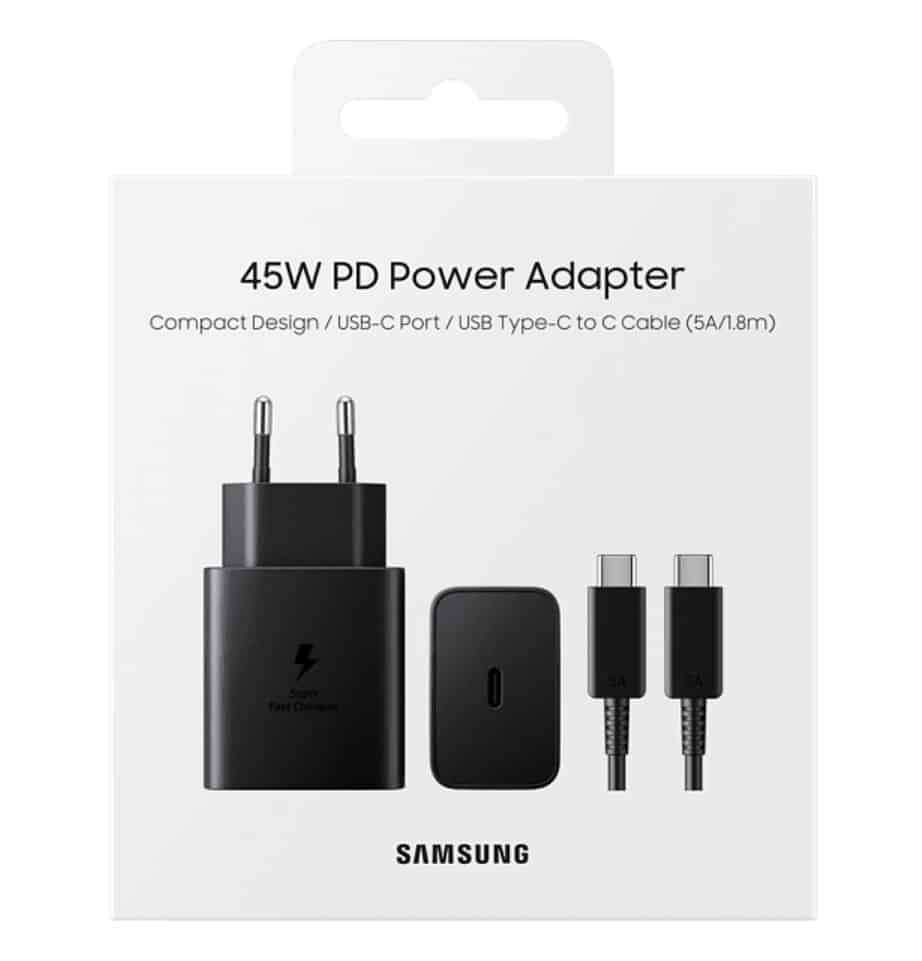