Samsung has managed to remain the world’s top smartphone OEM, but Xiaomi grew immensely. This information comes from IDC, which has shared statistics for 2021, and Q4 2021 as well.

Samsung is still the world’s top smartphone OEM, but Xiaomi grew quite a bit

Let’s first talk about 2021 as a whole, shall we. Samsung has managed to sell 272 million smartphones, and get 20.1-percent of the market. It grew 6-percent year–over-year (YoY). 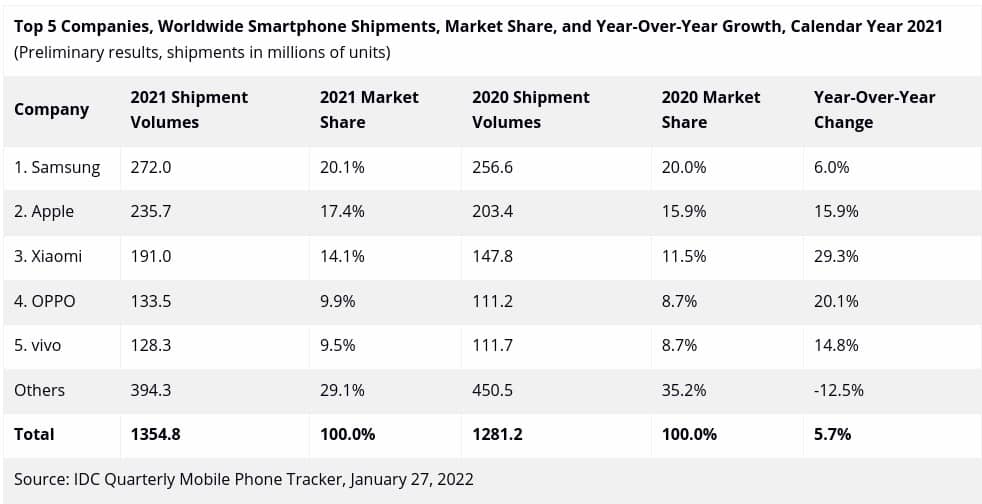 If we look at the sales for Q4 2021 only, Apple managed to rule. The company sold 84.9 million smartphones, and secured 23.4-percent of the market. That still means it sold fewer phones than in the same period last year, though. 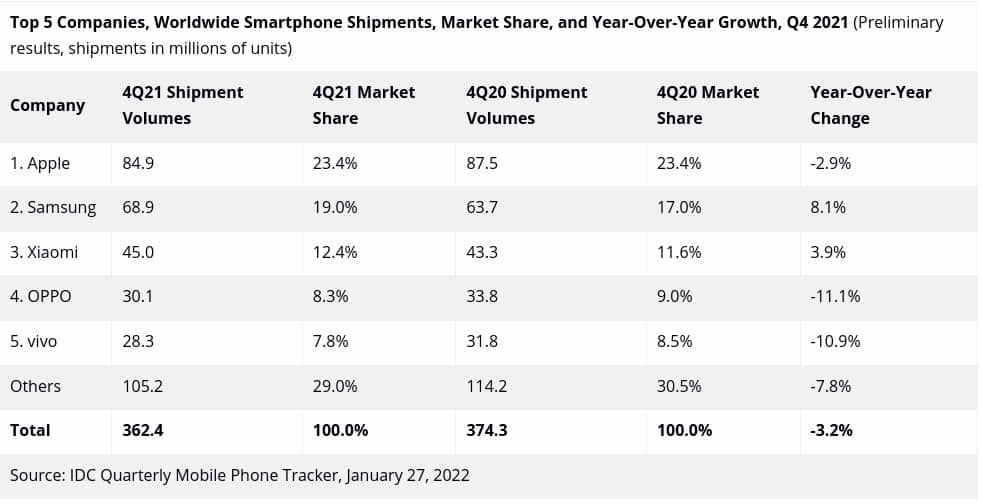 OPPO and Vivo sold 30.1 and 28.3 million smartphones in Q4 2021, and secured 8.3-percent and 7.8-percent of the market, respectively. That means both companies sold fewer phones than in the same period last year.

So, if we look at YoY change for all five companies in 2021, all five of them managed to grow compared to 2020. Xiaomi’s growth was most notable, though OPPO also managed to grow quite a bit.