Most modern-day smartphones utilize eSIM to receive network coverage. However, we could soon transition to the “iSIM,” which is short for integrated SIM. Chipmaker Qualcomm is at the forefront of these efforts in partnership with Thales and Vodafone. The iSIM also happens to be compliant with GSMA specifications, so it’s ready for the future.

Qualcomm showcased a proof of concept (POC) featuring the iSIM in Europe. Simply put, iSIM goes directly into the primary processor. This, according to the chipmaker’s press release (via XDA), enables “higher performance, and increased memory capacity.”

While the eSIM needs a chip of its own, the iSIM can free up some space on the device. In other words, the iSIM would sit alongside components like the CPU, GPU, and modem. Another crucial attribute of this new SIM technology is the ability to bring “mobile service connection capabilities” to devices that don’t support it.

“Some of the areas that will benefit most from iSIM technology include smartphones, mobile PCs, VR/XR headsets, and industrial IoT. By engineering the iSIM technology into the SoC, we are able to create additional support for OEMs in our Snapdragon platform,” Senior VP and President (EMEA) at Qualcomm Europe, Enrico Salvatori said.

Qualcomm used the Samsung Galaxy Z Flip 3 5G for the iSIM demonstration. The Snapdragon 888 chipset on the device was modified with a built-in Secure Processing Unit running the Thales iSIM operating system.

“Our aim is to create a world where every device connects seamlessly and simply to each other, and the customer has complete control,” Chief Commercial Officer at Vodafone, Alex Froment-Curtil said.

“The iSIM, combined with our remote management platform, is a major step in this direction, allowing devices to be connected without a physical SIM or dedicated chip, making connectivity to many objects – the promise of the connected IoT world – a reality.” 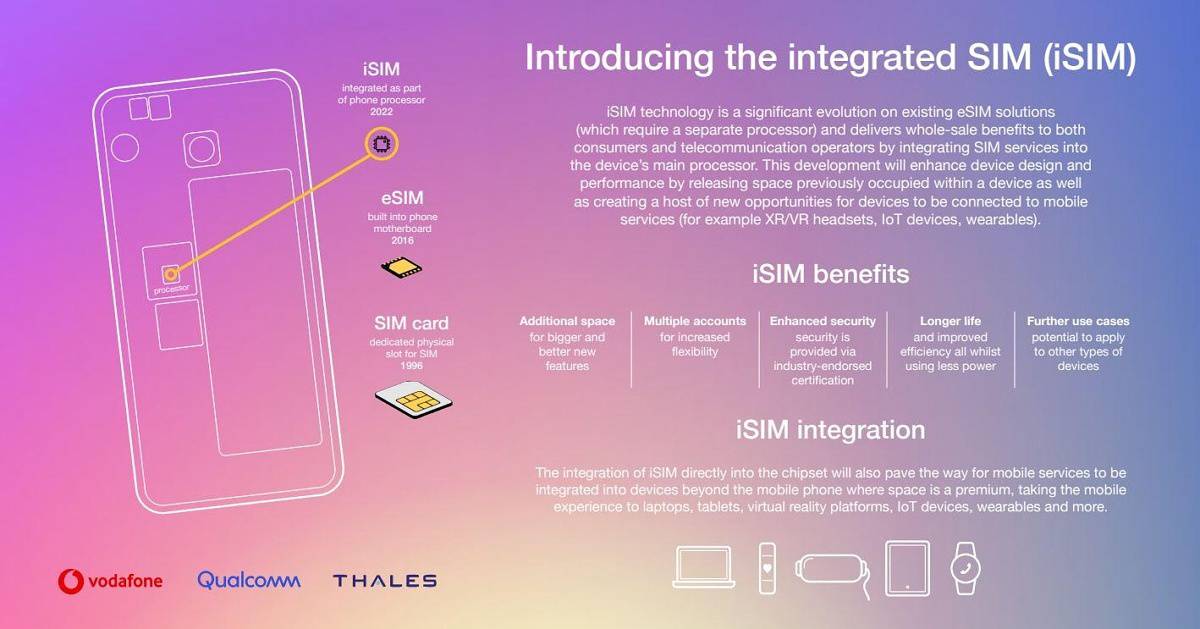