The Moto G Stylus (2022) is Lenovo’s upcoming Motorola mid-ranger, and it just popped up in promo images. This is not the first time we’re seeing the phone, though, as it surfaced in CAD-based renders before Christmas.

That being said, there are two images to check out here. The first one is included below this paragraph, and there are actually two pictures included in one. You can see both the phone’s front and back sides, well, most of them. In addition to that, the phone’s bottom side is shown, and its stylus. 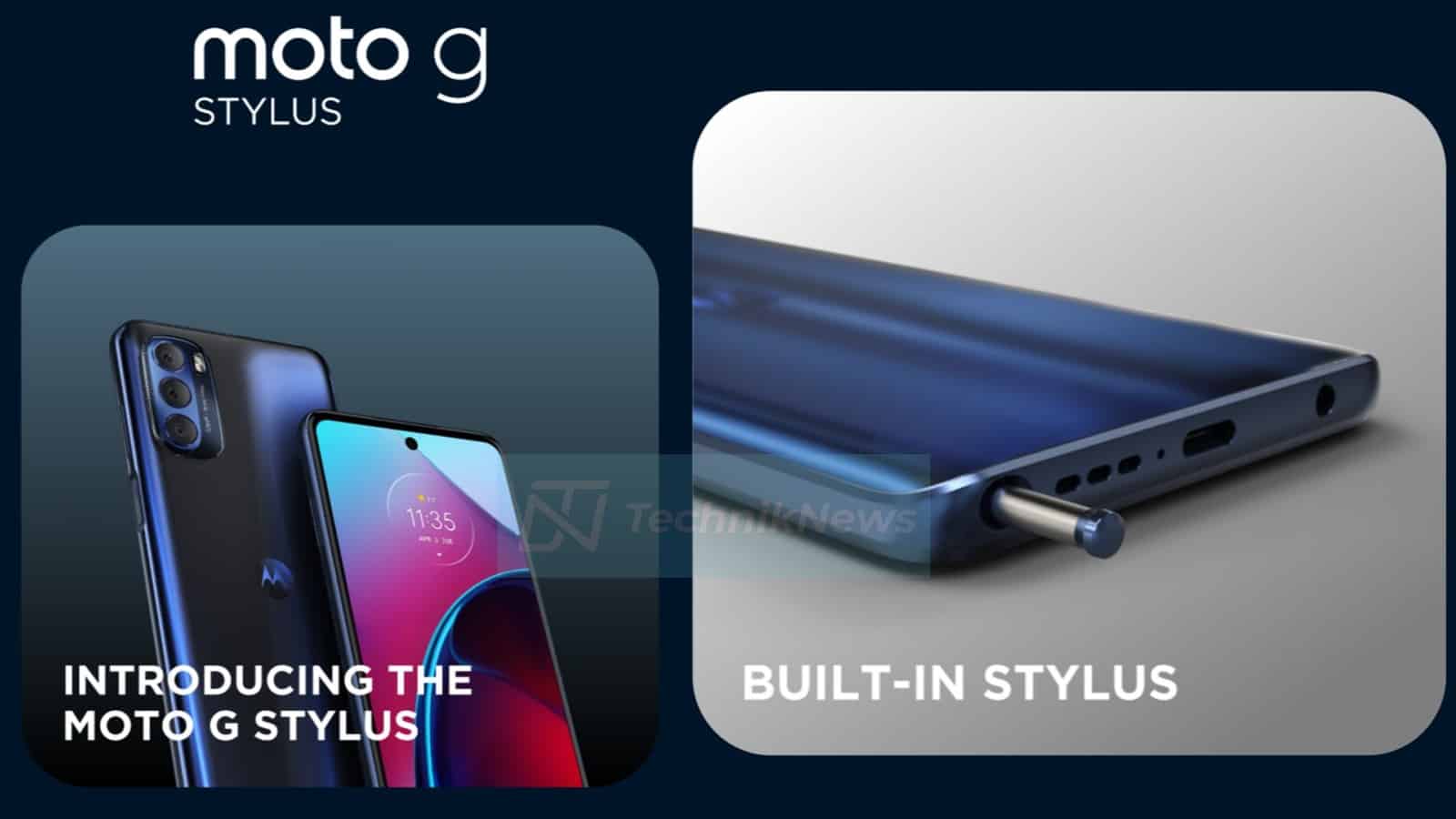 The Moto G Stylus (2022) will include a flat display, with thin bezels, and a centered display camera hole. The device will also feature a side-facing fingerprint scanner. Its volume up and down buttons will be included on the left side.

You can clearly see three rear-facing cameras here, which are vertically-aligned. They will be located in the top-left corner on the back of the phone.

By looking at the right picture, the one that shows the bottom of the device, you can see the stylus that is protruding. You will be able to dock it inside the phone. A Type-C USB port is also visible here. The same goes for a loudspeaker grille, and a 3.5mm headphone jack.

The back of the phone is curved towards the sides, and this seems to be glass on the back. The phone’s frame will be made out of metal, based on this image.

The phone will include a 90Hz display, and a 50-megapixel main camera

Now, the second promo image, shown below, reveals some spec details. This confirms that the phone will include a 90Hz display, along with a 50-megapixel main camera. That camera will be able to provide 12.5-megapixel images, thanks to pixel binning. 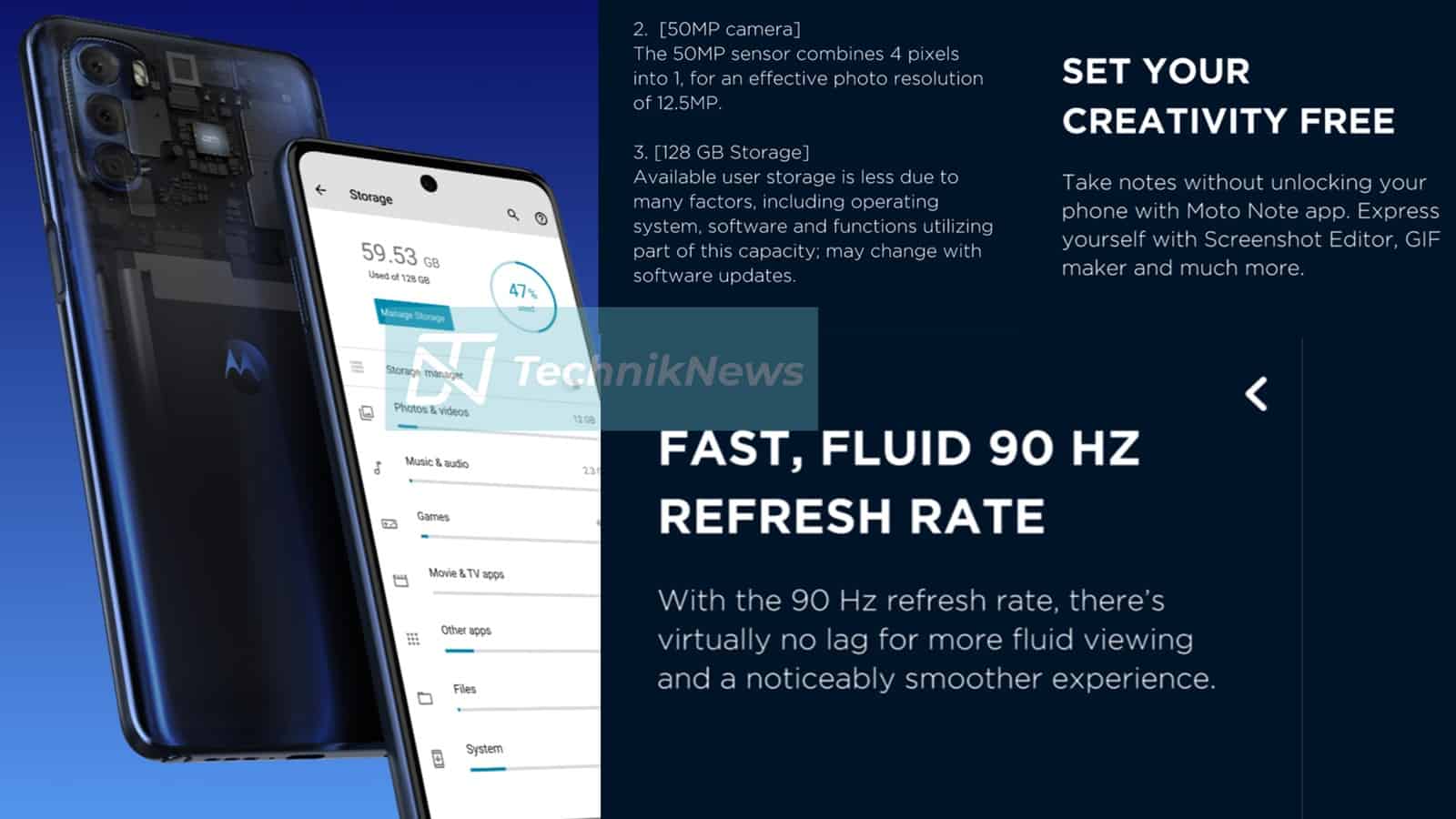 128GB of internal storage is also mentioned here, by the way. Some Moto apps and features are also mentioned, including the Moto Note app, Screenshot Editor, and GIF maker.

That’s pretty much everything that was revealed. Do note that a 6.8-inch display has been rumored, and it’s possible that rumor is accurate. The Moto G Stylus (2021) launched on January 8 last year, so it’s possible this one will drop soon.