The patent listing was first uncovered by LetsGoDigital. The site then generated a few high-resolution renders of this concept courtesy of Parvez Khan, a.k.a Technizo Concept. This cleverly designed rear camera can rotate up to 180 degrees, offering the flexibility to shoot pictures or videos from different angles.

The patent is known simply as “Camera module and electronic equipment,” while it was officially approved in June 2021. The patent has also been submitted to the World Intellectual Property Organization (WIPO). It’s currently unclear if this technology will make it to a OnePlus smartphone in the near future. But there’s a slim chance that it will make it to the OnePlus 11 Pro next year.

OnePlus’ patent filing reveals that the camera only slightly protrudes from the rear panel, while it seems to have the ability to rotate on its own axis. This ensures the sensor doesn’t protrude from the camera housing during the rotation mechanism. There are a few magnets in place as well, allowing the camera to rotate up to 180 degrees, opening a new avenue of possibilities for shutterbugs. 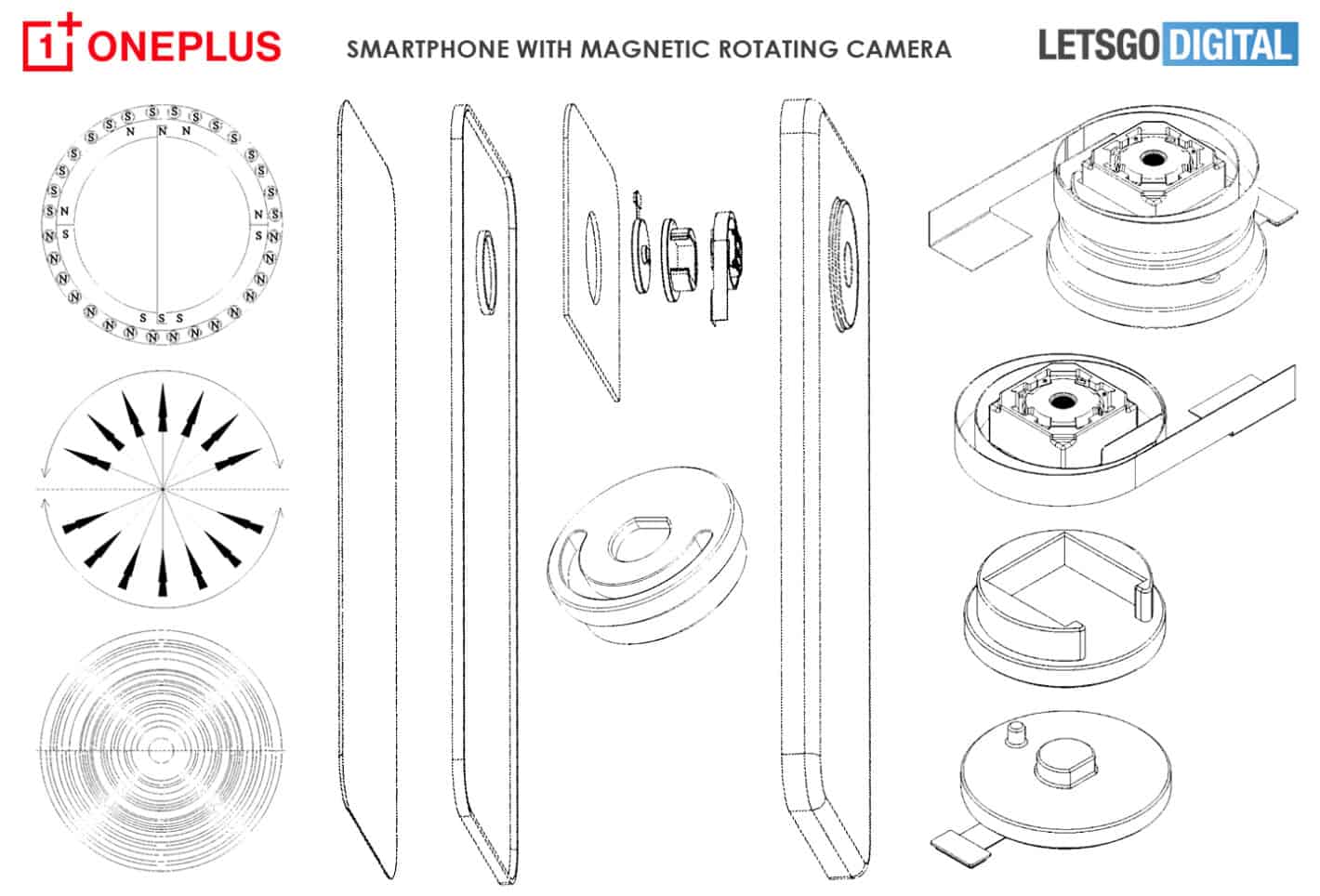 As LetsGoDigital points out, the idea appears to stem from mirrorless cameras that provide a tilting screen. OnePlus will reportedly bundle a software-based recording mode to accommodate the rotating camera. But the patent listing doesn’t offer additional information on this aspect.

Additionally, the camera mechanism offers nifty features in regular or standard mode to alleviate camera shaking. The image stabilization system appears identical to sensor-shift OIS on the iPhone 12/13 Pro Max. It goes without saying that this new camera technology would utilize the expertise of camera maker Hasselblad.

Although the renders offer us a glimpse into OnePlus’ future, we’re not holding our breath to see it in action anytime soon. But we sincerely hope this camera arrangement makes its debut next year with the OnePlus 11 Pro. You can check out the series of renders highlighting the magnetic rotating camera from the gallery below.