The HONOR Magic V will become official in China on January 10. That phone is coming to global markets as well, almost certainly, and we’ve already seen bits and pieces of it. Well, the company’s official promo image ended up online, giving us the best look at the HONOR Magic V yet.

The HONOR Magic V gets shown in an official promo image

This seems to be a promo image made for Esquire China, and it has been published by Bhavya Siddappa, who works for HONOR. In this image, Song Yi, a Chinese actress, is holding the device in hand. 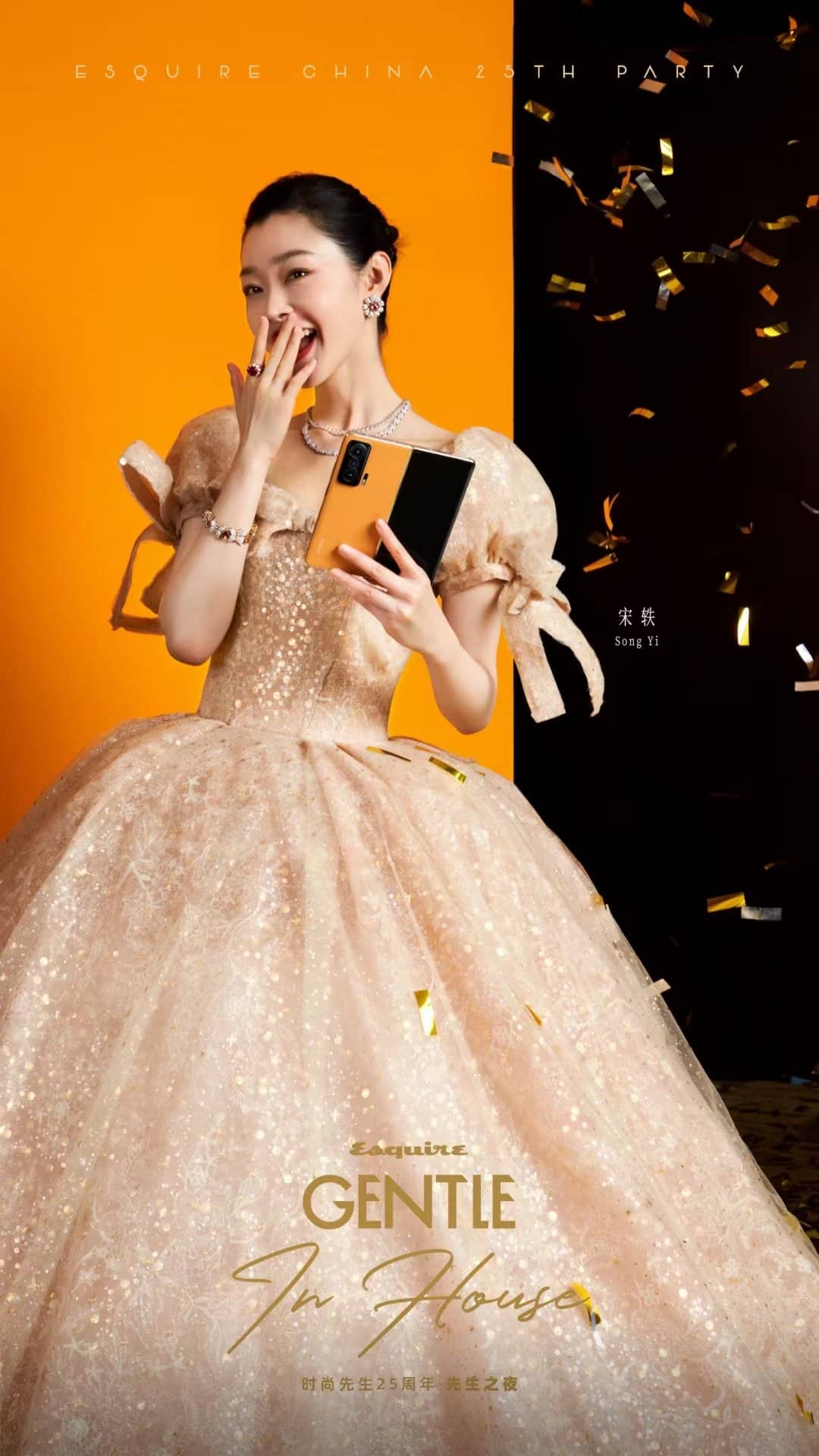 HONOR already published some teasers for the device, including rather dark images of it, and one very good image that showed us the upper portion of the phone’s back. Well, this is quite possibly the best look at the phone yet, though.

You can see it unfolded, and you can see the entire back of the device. In addition to that, the actress is holding it, so you can get a good idea of how large it is. This handset is definitely larger than the OPPO Find N, it’s likely close to the Galaxy Z Fold 3 size.

It will be narrow, and quite tall, based on this image. That is something HONOR suggested recently. Three cameras are included on the back, while there is a display camera hole on the secondary display.

The main display may include an under-display camera, or no camera at all

The main display is not visible here, but it’ll either include an under-display camera, or no camera at all. We didn’t see a display camera hole in those teaser images we talked about.

HONOR already showed us a variant of the phone that has an interesting pattern on the back. It showed that variant when it announced its launch date, and you can see it below this paragraph. That seems to be glass on the back of that model. 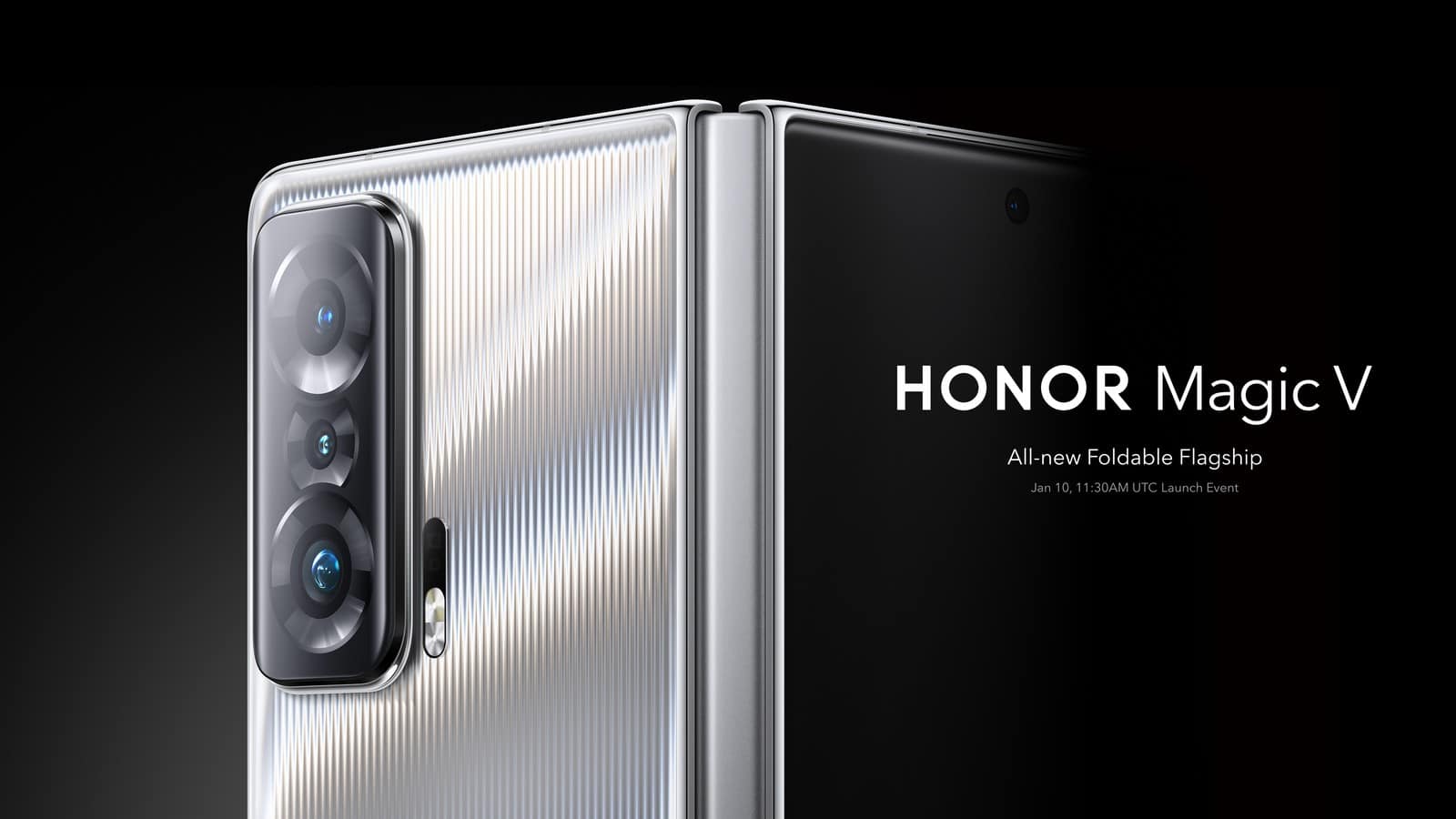 The variant shown in this new promo image, however, may even include vegan leather on the back, for better grip. On the flip side, it could just be glass on top of an orange pattern, we can’t be sure based on the image.

Either way, this phone is coming soon, and it will be quite powerful. The Snapdragon 8 Gen 1 SoC will fuel it, while HONOR will surely include other powerful specs on the inside.