Nreal, the company behind the Light AR Glasses, now offers a way to enjoy some entertaining streaming TV from Cinedigm. Today the two companies announced a partnership that will see Cinedigm bring three of its most popular streaming TV channels to the Nreal Light.

If you’re unfamiliar with the Nreal Light AR Glasses, they’re probably just what you expect. They’re a pair of glasses with augmented reality tech built-in. You can then connect the glasses to a smartphone and enjoy the content from that phone in augmented reality.

You’re essentially then watching or viewing that content on large 220-inch virtual display. Today’s announced partnership is a “first of its kind move” according to Nreal, with “Cinedigm being the first streaming network to be integrated with consumer AR.”

What this means is the Cinedigm channels will come baked into the glasses through the AR TV app. As opposed to other streaming networks that you would need to install onto the device. Such as Netflix, Hulu, HBO Max and more. 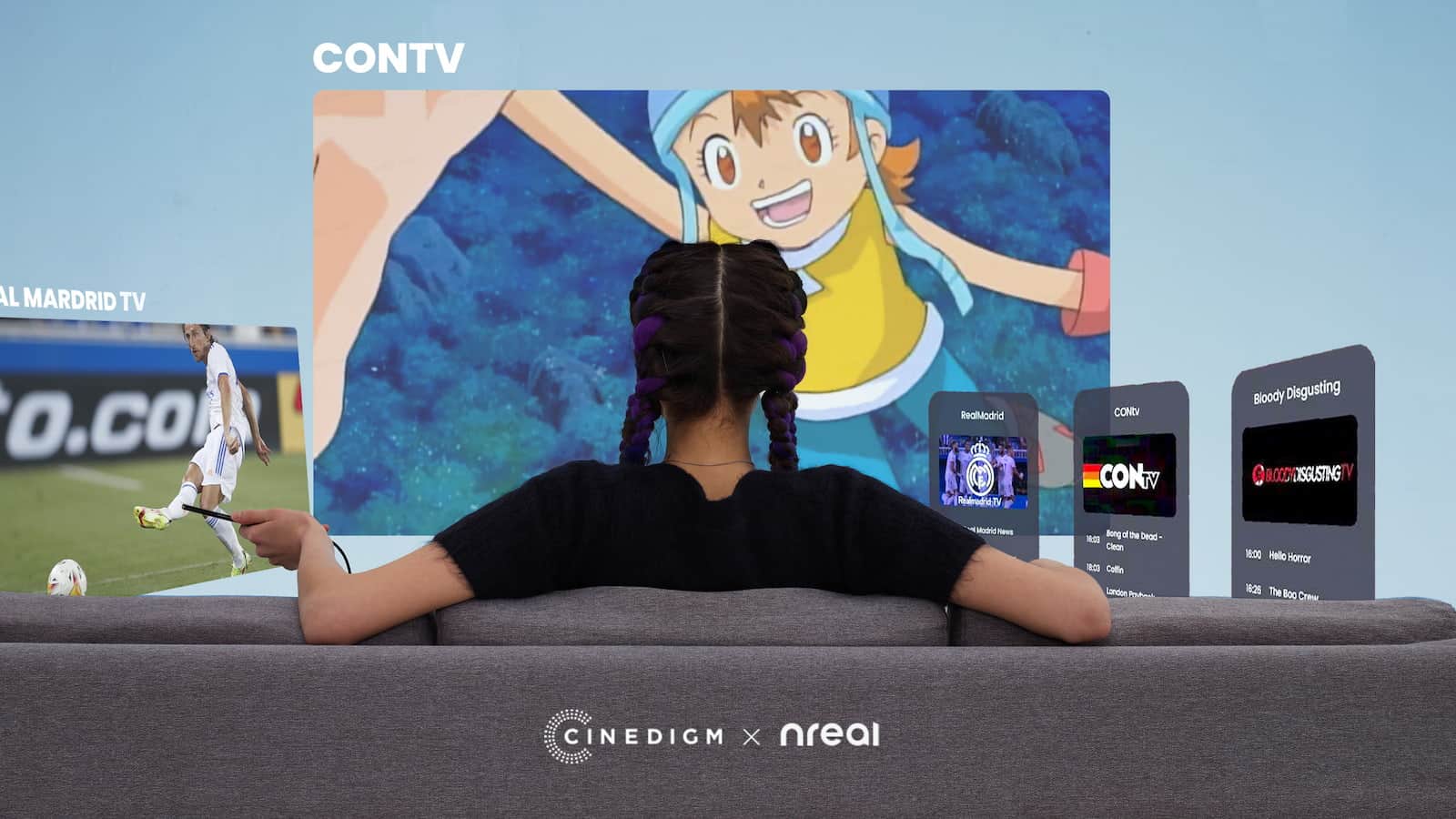 While things seem to be starting small with just three channels, Nreal and Cinedigm state these are three of the most popular channels on offer. So they likely have a cult following that includes plenty of viewers.

The channels included with the new AR TV app are CONtv, RealMadrid TV, and Bloody Disgusting TV. RealMadrid TV as you can probably guess, is a channel dedicated to sports content, specifically content surrounding Real Madrid with multiple matches streamed per week.

Bloody Disgusting TV on the other hand is a horror-based channel filled with original content, cult classics, and theatrical hits. Lastly, there’s CONtv, which offers a bunch of different content across numerous genres, including Scifi, Anime, horror, action/thriller, and fantasy.

Nreal’s partnership with US-based Cinedigm comes at the perfect time as Nreal recently announced official US availability of its glasses through Verizon. And that just means anyone who picked up a pair will now have more content to watch. Nreal doesn’t mention however when exactly the three channels will pop up in the app.