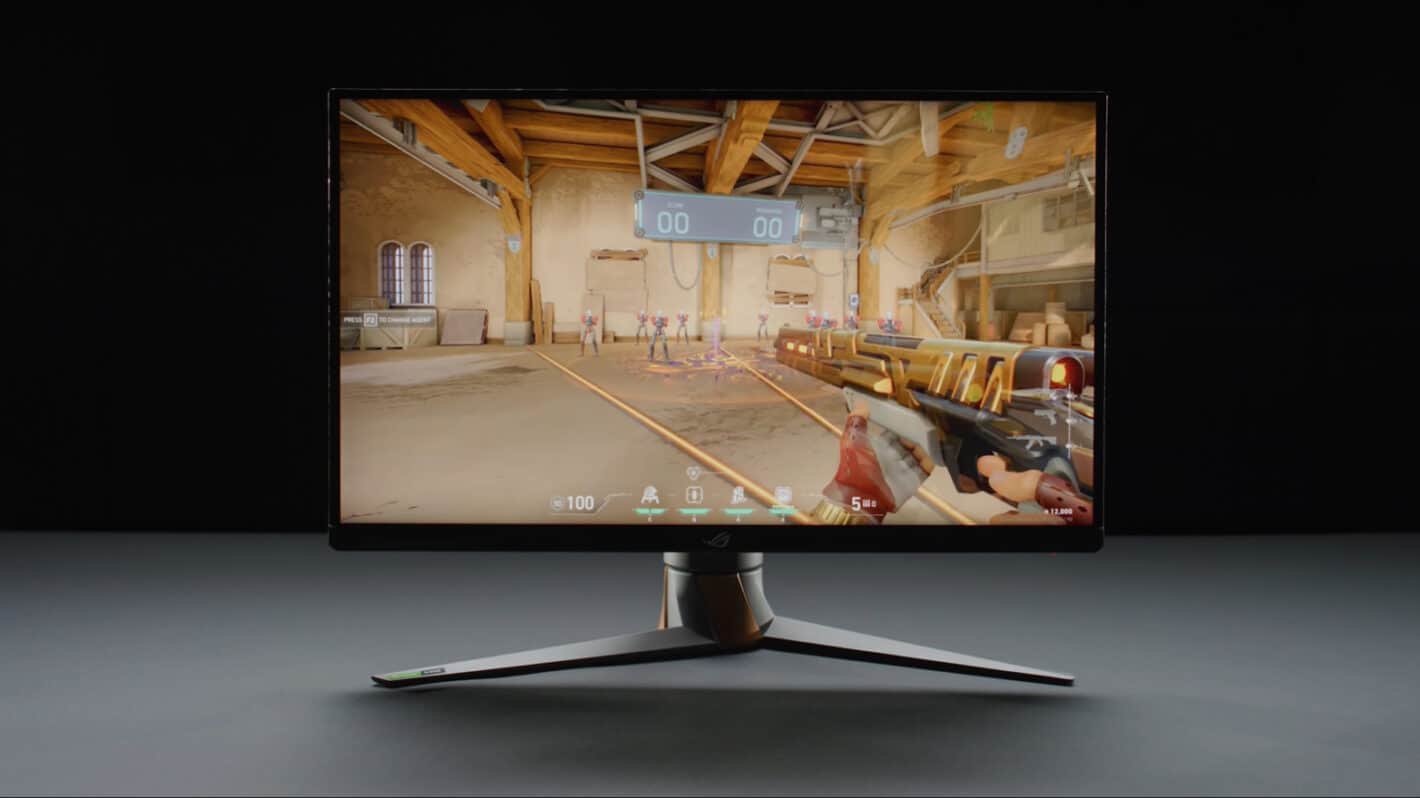 Today at CES NVIDIA announced a range of new gaming monitors that let you swap between two different resolutions to fit your needs. These are geared towards Esports players for competitions or streamers who play competitively. Though non-competitive players can certainly buy these monitors, they aren’t really designed for the average player.

With high refresh rates and likely high prices to match, they’re more intended for those who need to have the quickest response times possible. They also come in smaller sizes. So if you want something bigger and more immersive for your gaming, there are other options. Like the new monitors announced by both ASUS and Alienware today.

The ability to swap between 1440p and 1080p is an interesting feature to have. As this essentially shrinks these monitors down in size to better fit games that need to hit higher frame rates.

While all of these new monitors are physically 27-inches in size, they offer a dual-format mode that allows you to shrink the usable part of the display to 25-inches. This is intended for games that may not play well with 1440p resolutions for those higher frames.

While in the 1080p mode, the screen gains artificial bezels that surround the edges of the display. And while that might not appeal to everyone, it’s probably better than having a monitor for each occasion. At least in terms of potential cost. Letting you have one monitor for both resolution modes as opposed to a monitor for each.

The monitors will support refresh rates of up to 360Hz. Although, what the refresh rate is exactly will depend on the monitor. NVIDIA worked with various partners who are all releasing something with this tech. Including ASUS, AOC, MSI, and Viewsonic.

One of these new monitors is the ASUS ROG Swift PG27AQN that was part of ASUS’ announcement earlier. In terms of pricing and availability, NVIDIA didn’t mention anything. As it’s likely leaving those details up to the manufacturers of the monitors themselves.

ASUS announced 360Hz gaming monitors last year though and they weren’t cheap. So don’t expect low prices for any of these ones either.