Netflix is now reportedly testing the categories feature on Android TV, Roku, and Fire TV devices. This is the same categories feature that’s been available on both mobile and the web for a while. Why it’s only just now coming to streaming TV devices is unclear, but if you’re curious how it works you could easily just pull it up on mobile. As that should give you an idea of what to expect on Android TV and the like.

According to TechHive, which noticed the new feature on their own Android TV, Fire TV, and Roku devices, the Netflix categories feature is not available to everyone.

Netflix is testing the categories feature with select users 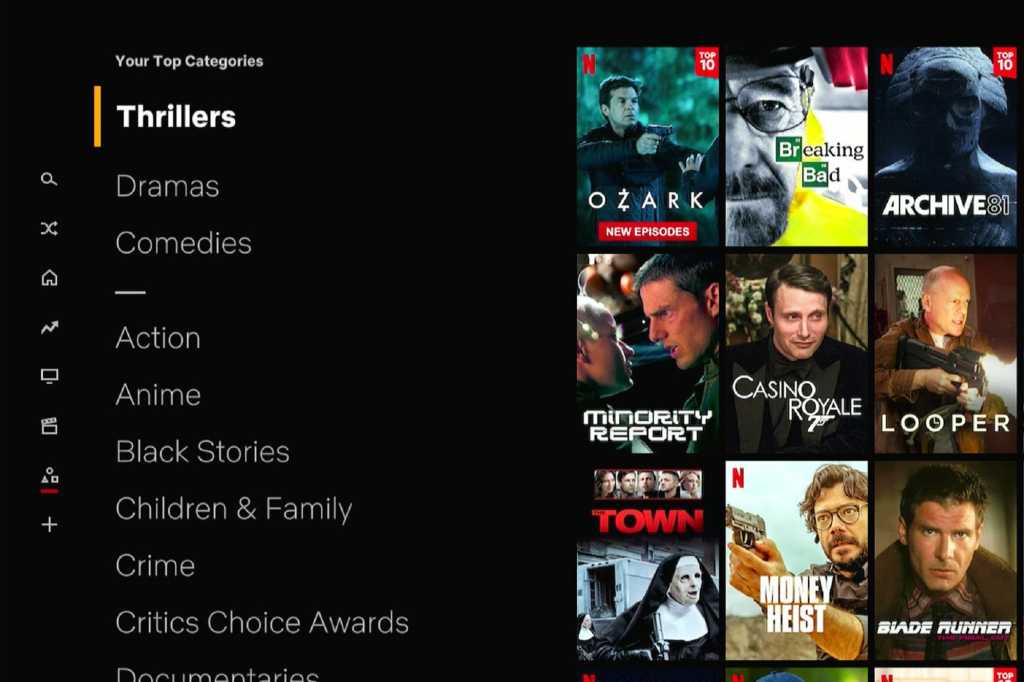 As noted, this is a test, and Netflix seems to have only rolled it out to some users.

That means you may have categories on your device but you may not. And if you don’t, not to worry. It should eventually show up, there’s just no confirmation from Netflix on when the full rollout will be. If you do see the categories feature (it should be sitting in the sidebar menu to the left of the UI), pulling it up will populate a few of your most watched genres. While also displaying the list of genres that Netflix offers.

Allowing you to scroll through them to find something specific. This will help users narrow down what to watch immensely and without having to rely on the algorithm to tell them what they may like. You have to do a little more of your own legwork to find something, but at least you’ll be more in control of what you spend your time watching.

Categories on Android TV and similar devices also shows up with its very own icon – a trio of shapes. On mobile however, categories is simply listed in the top navigation tabs alongside TV shows and movies. And in the PS5 app, categories is there but there’s no icon or label. So it’s easy to miss.

To find it on PS5 (and likely other console apps) simply navigate upward from the featured content on the homescreen. The featured content is whatever trailer is playing when you load into the app after choosing the profile. Categories should be just above that.