Netflix, the streaming giant that has become a household name over the years, hasn’t been the same lately. The platform has undergone multiple price hikes recently without passing any notable benefits to the subscribers. Perhaps our Head Editor Alexander Maxham believes it’s about time to switch to some other streaming service. And it appears he isn’t the only one noticing Netflix’s decline. The platform’s popularity in the US was a downward spiral throughout 2021. That’s according to the all-in-one streaming guide JustWatch.

According to the new report, Netflix is still the most popular streaming service in the US. However, its market share of 25 percent in Q4 2021 is much lower than the 32 percent market share it had at the beginning of last year. As you can see in the graph below, Netflix’s viewership is declining with each passing month.

Amazon Prime Video, which has been benefitting from Netflix’s decline, also didn’t have a happy ending to 2021. Its market share dropped to 19 percent in the fourth quarter. That number had hovered above the 20 percent mark for the majority of the year. 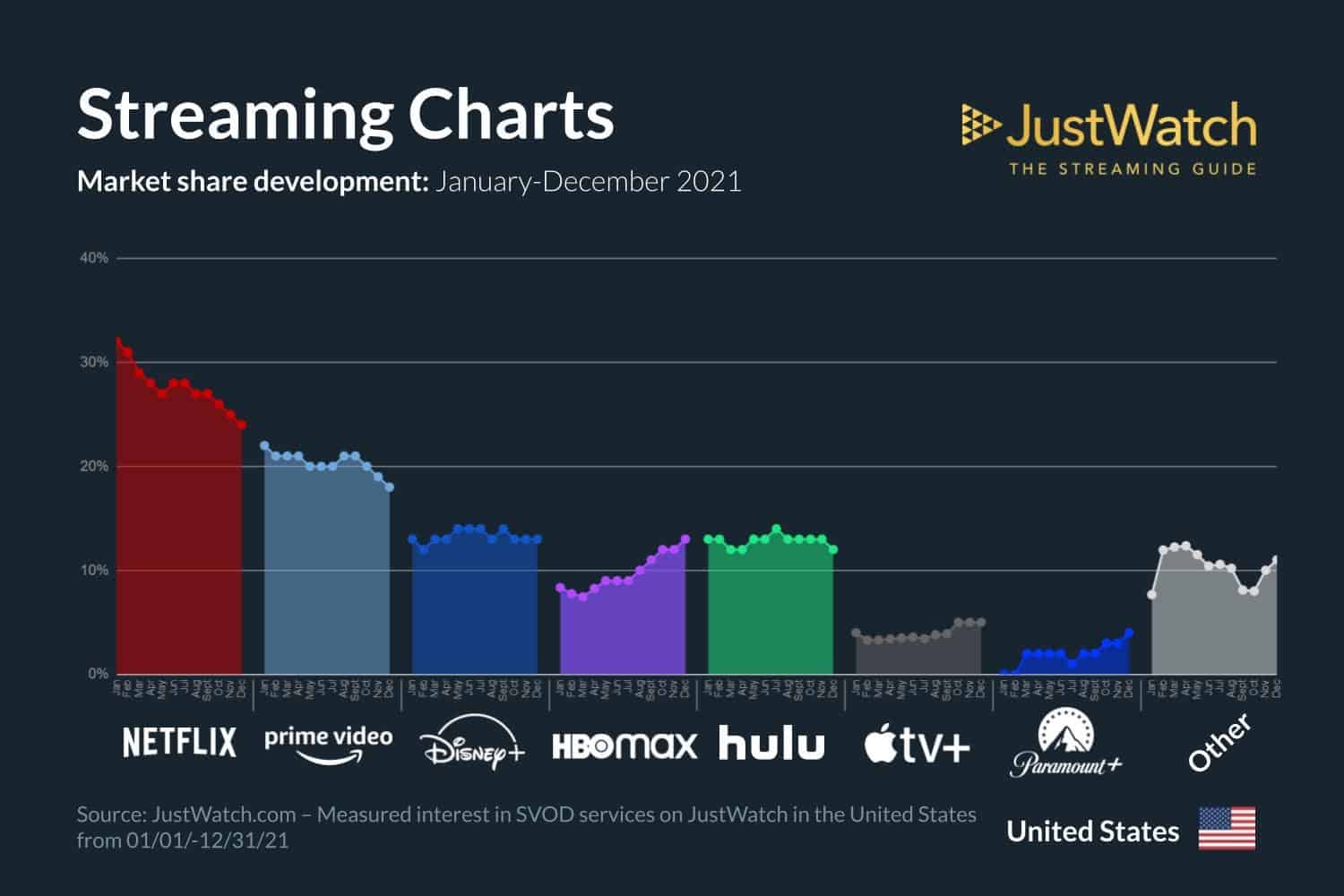 HBO Max had a strong 2021 in the streaming market

HBO Max, which is one of many new entrants in the streaming market, had a strong 2021. Launched the year before, the platform saw its market share grow from around seven percent in early 2021 to 12 percent in the year-ending quarter. It is still only the fifth-biggest streaming service in the US but is rapidly closing the gap to Disney+ and Hulu above it. The latter two didn’t see any significant changes to their respective viewership last year. Both captured 13 percent of the market each in Q4 2021.

Apple TV+ and Paramount+ also had a healthy 2021, particularly the last three months. The former finished the year with an all-time high of 5 percent market share. Paramount+, meanwhile, benefitted from its sibling Showtime’s demise. Both platforms are owned by ViacomCBS, with the former launching last year as the rebranded version of CBS All Access.

NBCUniversal’s Peacock, which also launched around the same time as HBO Max, hasn’t been able to replicate the latter’s success though. It was the sixth-biggest SVOD (Subscription Video On Demand) service, i.e. streaming service, in the US in Q2 2021. However, it no longer finds itself in JustWatch’s most recent report.

All in all, the streaming market is getting more competitive than ever. The more established brands are losing ground to emerging players, something that we don’t see happening in many other industries. Time will tell whether Netflix and Amazon Prime Video can fend off the challenge from the likes of HBO Max, Disney+, and Hulu. 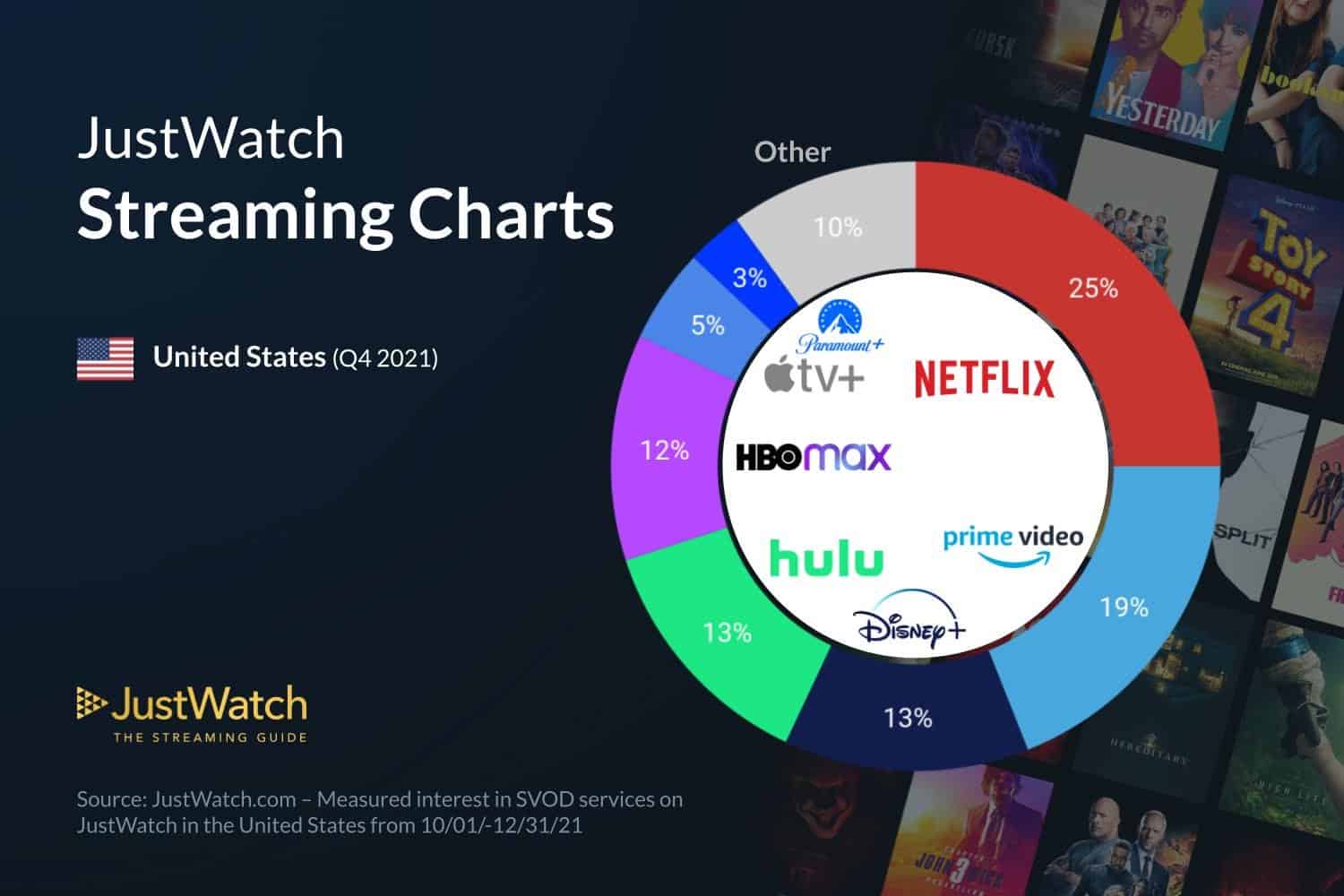