Xiaomi has announced the global version of MIUI 13 yesterday. The company announced it alongside the Redmi Note 11 series of smartphones. We’ve already talked about MIUI 13, in case you’re interested in knowing more about it. That being said, Xiaomi also announced which Xiaomi and Redmi devices will get MIUI 13 first.

The company listed the devices that will get MIUI 13 in the first quarter of this year. So, at some point from today, and the end of March, all of these devices should get access to MIUI 13.

Xiaomi also said that the update is coming to quite a few Redmi phones. The Redmi Note 11, Note 11S, Note 11 Pro, and Note 11 Pro 5G come with MIUI 13 pre-installed. 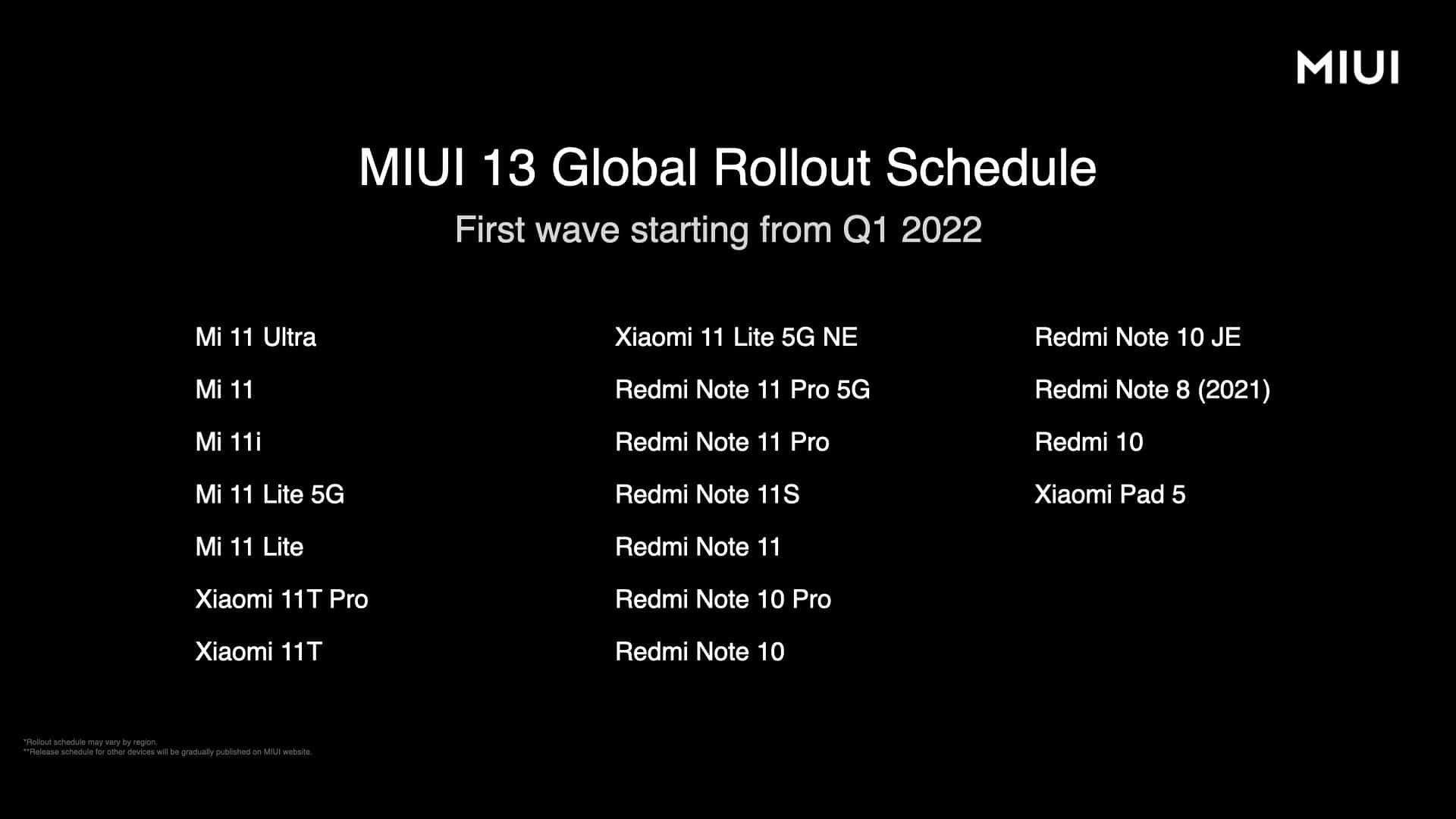 MIUI 13 is most focused on optimizations

MIUI 13 focused more on optimizations than anything else. There are a couple of new features included, such as the ‘Sidebar’ feature for multitasking purposes. Still, Xiaomi put great focus on making things run as smoothly as possible.

The company made MIUI 13 more battery efficient, and it also handles RAM a lot better now. MIUI 13 will make sure that the apps you use frequently end up being readily available, in memory. Those that you don’t will get a different treatment.