Unless you’ve been living under a rock the last few hours, you’ve likely seen the huge news that Xbox owner Microsoft is acquiring Activision Blizzard for around $68.7 billion. Assuming things go smoothly and Microsoft isn’t blocked by regulators, this has some potentially huge implications for Xbox down the line.

The news comes after months of conflict at the Call Of Duty/World Of Warcraft publisher over allegations of sexual harassment and employee misconduct. As well as a company culture led by CEO Bobby Kotick that has essentially allowed this kind of behavior to continue.

Amidst all of this, an acquisition of Activision Blizzard by Xbox is probably the last thing that anyone expected. Changes are no doubt coming. But it’s what exactly those changes are that are intriguing.

Spencer has already been open about some of the changes that are planned. Additionally, some of the changes people were hoping for won’t be happening right away. Let’s just address the elephant in the room right off the bat. Unfortunately, for a lot of current and past Activision Blizzard employees, it’s been confirmed that Bobby Kotick and his team will remain in place. For now.

While there’s probably more to this decision than what’s been publicly said, there are one or two key details that grab the attention.

The first is that Activision Blizzard will continue to operate independently until the sale of this acquisition closes. Which may not happen until June of 2023. The second is that after the sale closes, the Activision Blizzard business will report directly to Spencer as the CEO of Microsoft Gaming.

This doesn’t necessarily spell the looming end for Kotick, but it seems unlikely that he would stay on when the transaction is done. There’s no doubt that Kotick has helped make Activision Blizzard a lot of money. Which is probably a big reason why he’s been allowed to stay.

Having said that, the removal of Kotick seems almost like an inevitability. According to a report from The Wall Street Journal, Bobby Kotick is expected to leave Activision Blizzard once the acquisition closes. So perhaps it really is just a matter of time.

Maybe that’s just the hopes of a long-time fan of Blizzard games. A hope that the many good people on teams across ABK will end up being employees at a company where they feel safe and valued.

Because that would be the human thing. And it would likely lead to a better company culture which ultimately, would probably lead to better games.

Aside from all that, it doesn’t appear that current and past Activision Blizzard company culture would mesh well with Xbox executives. On the one hand, you have a company which actively lists the gender pronouns of its leadership. 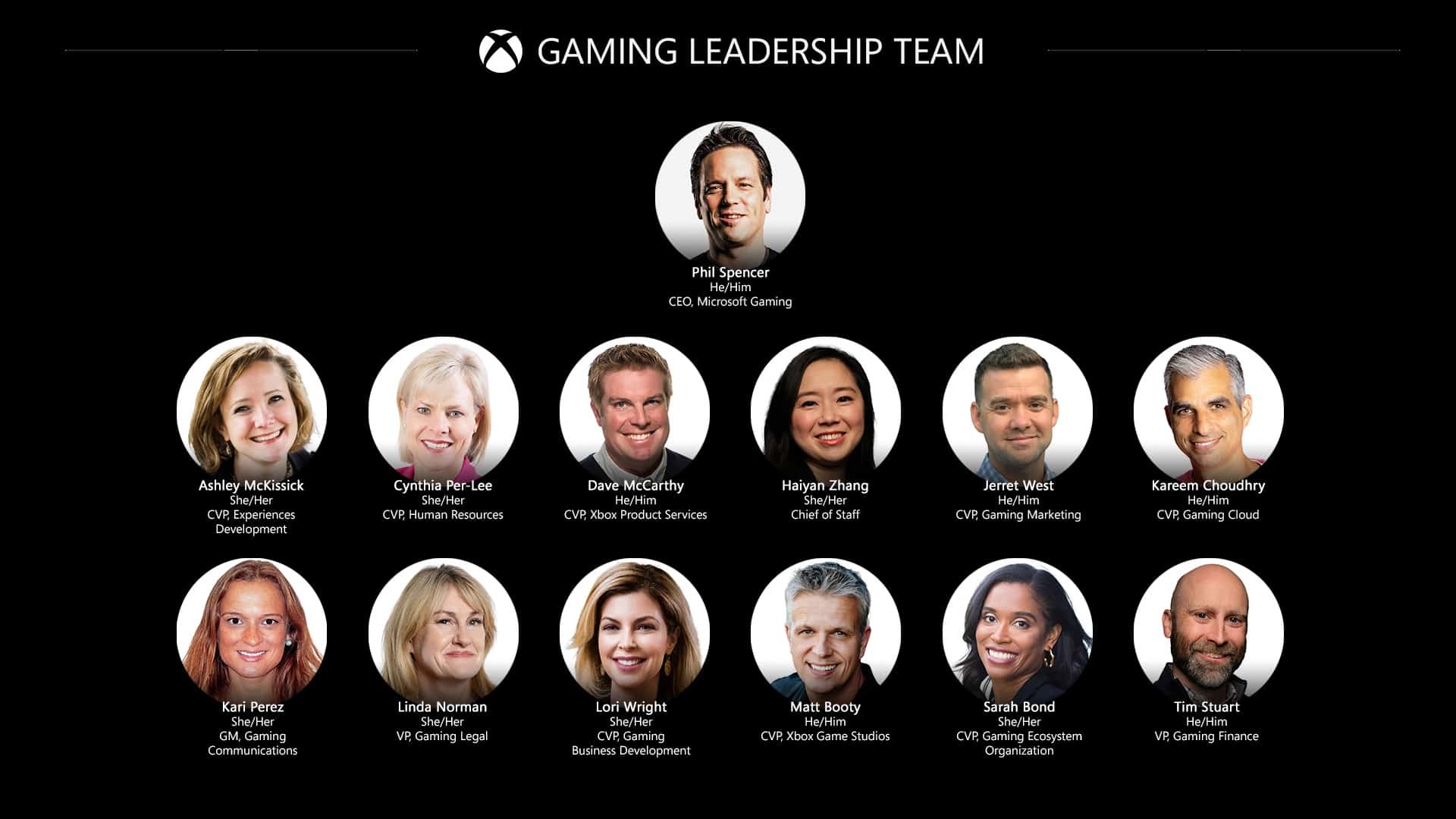 A company which Bobby Kotick has been CEO of while, based on the allegations, knowing about the issues for years. There’s no doubt Phil Spencer and the Xbox leadership team want a smooth transition. But it wouldn’t be surprising to see Kotick leave once he’s no longer needed.

What does this mean for the future of Xbox?

Spencer doesn’t directly name any particular franchises. But it doesn’t take a rocket scientist to figure out some of the more likely arrivals. Call Of Duty first and foremost will be arriving on Xbox Game Pass. It’s Activision’s biggest and most profitable franchise, and team Xbox would be making a huge mistake by not adding it to the Game Pass roster.

Beyond that, there’s plenty of possibilities. In a year’s time (perhaps less or perhaps more), gamers could see titles from the Overwatch, Diablo, and Warcraft franchises make their way into the mix. Does this mean World Of Warcraft would finally be available to play in the cloud without breaking Blizzard’s terms of service? Maybe.

The potential is there. Especially if Spencer is calling the shots. Naturally, all of this depends on when and if the acquisition closes. But Microsoft isn’t attempting to buy one of the biggest gaming companies in the world to leave some of the biggest IPs in the world off of its service.

A lot of people are thinking it. So, let’s not beat around the bush. What does this deal mean for exclusives? Really, it’s too soon to tell. And for lack of a better way of describing it, Xbox probably isn’t looking to show its hand just yet. However, it would be folly to think that Microsoft doesn’t have at least some plans to make a game or two exclusive to the Xbox platform. Whether that’s entirely exclusive or for a limited time.

It would also be premature to start shouting from the rooftops that no more Activision Blizzard games are ever coming to PlayStation or Nintendo. Sure, Bethesda’s highly anticipated Starfield will end up exclusive to PC and Xbox.

But Starfield is not on the same level as game franchises like Diablo and Call Of Duty. And ultimately, Spencer and the Xbox team are working towards making games playable by as many people as possible on as many screens as possible.

And ripping away some of Activision Blizzard’s biggest IPs from other platforms seems a little counterintuitive to that. Nothing is certain of course. But it doesn’t feel like this is Microsoft’s play.

In the end though there’s no way to know for sure what Micrsoft Gaming’s plan is. Not in its entirety and probably not until the team is ready to share details. What is immediately clear though is that the future of Xbox is getting more exciting what seems like every week. And this does nothing but amplify that.