Lenovo is set to release another new gaming phone in the future, reportedly called the Halo and it’ll be a part of Lenovo’s Legion line of gaming devices. The phone was spotted by Android Police, and you could almost mistake it for a regular old Android device with a premium build design. The leak is of a front and back image thanks to Evan Blass. Otherwise known as evleaks on Twitter.

This would be Lenovo’s third official gaming phone under the Legion brand. Following the Legion Phone Duel and the Legion Phone Duel 2. It’s also the only one that doesn’t take on the same aesthetic that you would normally associate with a gaming device. Most of which have flashy design details, RGB lighting, and other features that some might consider gaudy or unnecessary.

The Lenovo Legion Halo phone has an unassuming look 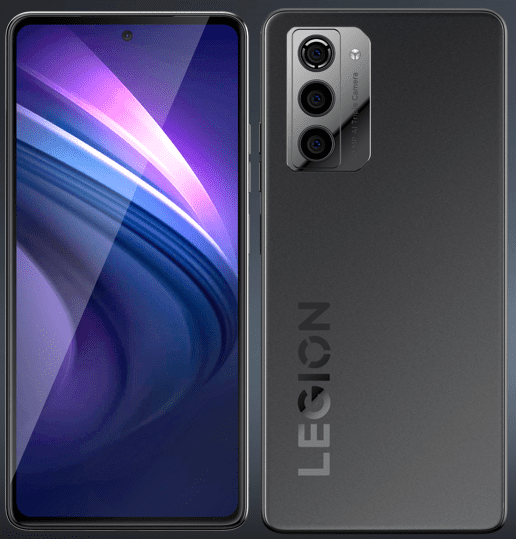 If you took one look at this device, just for a second or two, you would likely pay it no mind and “gaming” would probably be the last thing you would imagine this phone was designed for. And that’s probably what Lenovo wants. An unassuming yet powerful gaming device that looks like a standard premium smartphone.

But it’s not the outside that matters here. It’s what’s inside that counts. And based on the leaked specs from Blass the Lenovo Legion Halo phone is a sleeper device jampacked with some crazy performance. It’s got a 6.67-inch FHD+ POLED display, which also comes with a refresh rate of 144Hz and a touch sampling rate of 300Hz.

Powering the device is a Qualcomm Snapdragon SM8475 mobile platform, which runs on a 4nm process with an Adreno 730 GPU for graphics. That gets coupled with options for 8GB, 12GB, or 16GB of DDR5 RAM, as well as 128GB or 256GB of storage.

There’s also a 5,000mAh battery inside along with a triple camera array on the back. Consisting of a 50-megapixel main sensor, and additional 16-megapixel and 2-megapixel sensors. Then there’s a 16-megapixel front camera.

More impressively, Lenovo has reportedly fit all these components into an 8mm thick frame. So it shouldn’t feel bulky at all in your pocket. It’s rumored to be releasing sometime in Q3 of this year. Though the leak doesn’t mention any specific dates or region availability.