Instagram will reportedly let users remix video content shared on the platform beyond its Reels feature, following an update. That’s based on recent reports detailing an announcement made by the company. That means that users will be able to record reactions to any video shared on the platform. Complete with the same video effects, audio tools, voiceover options, and more, found in Reels.

There is, however, at least one caveat to the new feature. Namely, it can’t be used with videos uploaded prior to the update. So only new content can take advantage of the update-expanded Remix feature on Instagram, not the old content that wasn’t shared to Reels. The change also only applies to public video content.

Using Remix is straightforward, though. Users simply need to tap the three-dot context menu on any public video. Then select the “Remix this video” option. Afterward, they’ll be able to record their own response or reaction. Or upload a reaction from their camera roll.

Instagram is also adding in the ability to better promote live broadcasts with this update. For those with live broadcasts scheduled, those can be promoted on the user’s profile. Complete with a topic, date, and time in place. That way, as users discover the broadcaster’s Instagram page, they’ll also see that a broadcast is coming up.

The change will help the app’s users, Instagram says, to gain a bigger audience for the upcoming broadcast ahead of its scheduled date and time.

Of course, the further out a broadcast is, the more chance that other users will see it in advance. But there is one drawback to the new feature. Namely, only one broadcast will be shown on a user’s profile at once. And that will be whichever broadcast is scheduled to happen next. 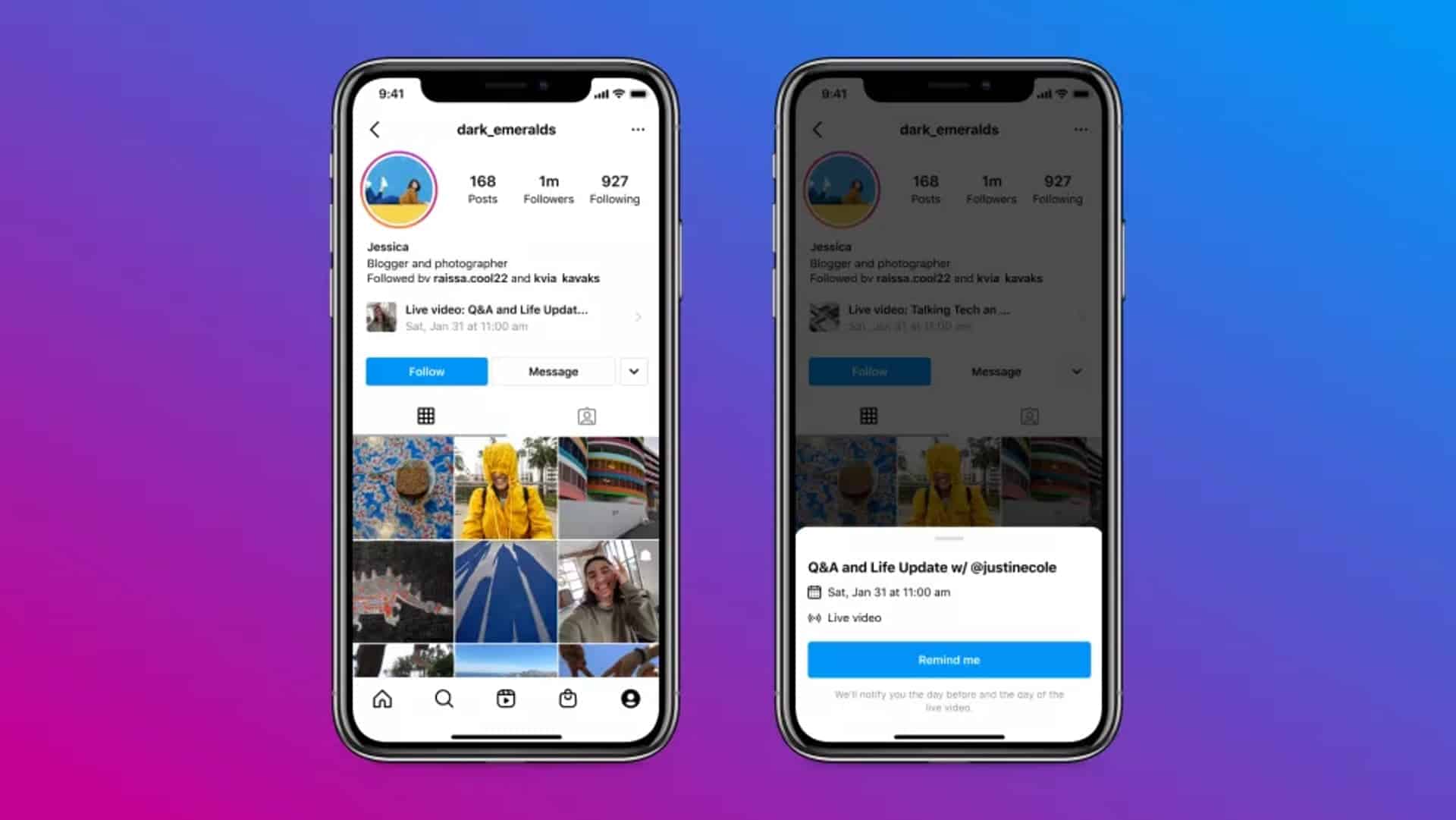