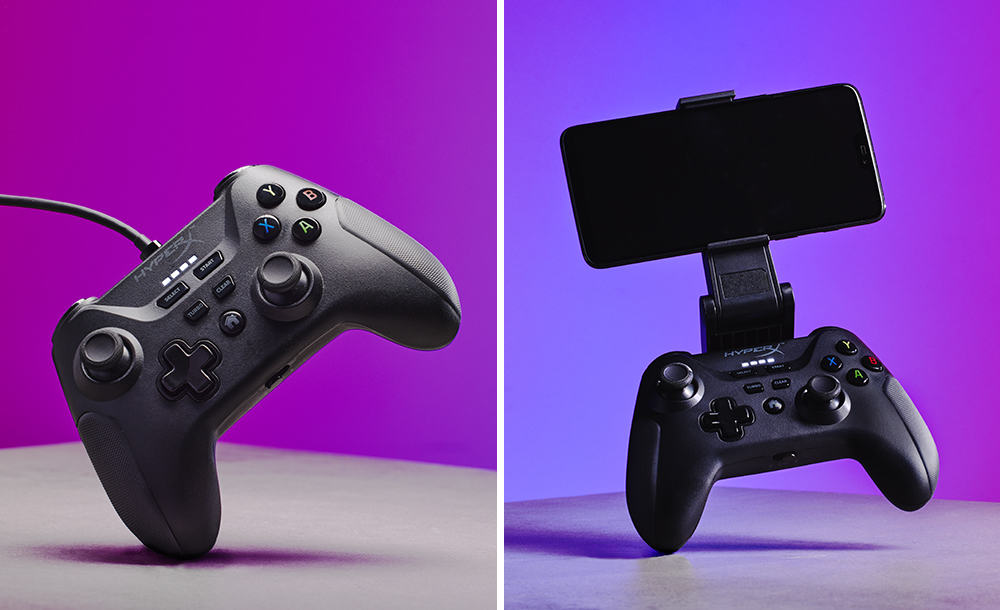 Interestingly enough HyperX chose to go the route of a full-size controller as opposed to the style of something like the Razer Kishi. Which gives your phone a Nintendo Switch like design and feel. Because of this, your phone is attached to the controller via a flip up clamp.

The benefit to this is that it will essentially work with any current Android phone. While most devices use USB-C these days, some phones have the port offset instead of in the center. Which rules out controllers like the Kishi.

The HyperX Clutch controller for Android also works with PC

These days many controllers are multi-platform. The same is true with the HyperX Clutch. While it connects to mobile devices wirelessly, you can also use it with PC. Though it does have to be wired.

Inside the box you get a USB-C to USB-A cable too. Alleviating any need to buy a cable if you want to use it with PC games. For wireless Android connections, you can link it through Bluetooth or through a 2.4GHz receiver according to HyperX. A 2.4GHz wireless receiver should also allow it to work with PC but it’s not expressly mentioned by HyperX.

In regards to the buttons, it’s got everything you need. Dual joysticks, a d-pad, the abxy buttons, four triggers, and the clamp is detachable for when you don’t need it.

HyperX plans to launch the controller in March of this year at a price of $50. Which is pretty reasonable considering you can get an Xbox controller for $60. That makes this a pretty good deal since it can be used with PC and mobile, plus you get the clamp.

It also has up to 19 hours of battery life on a single charge. So it should last you all week if you’re playing games for a few hours a day.