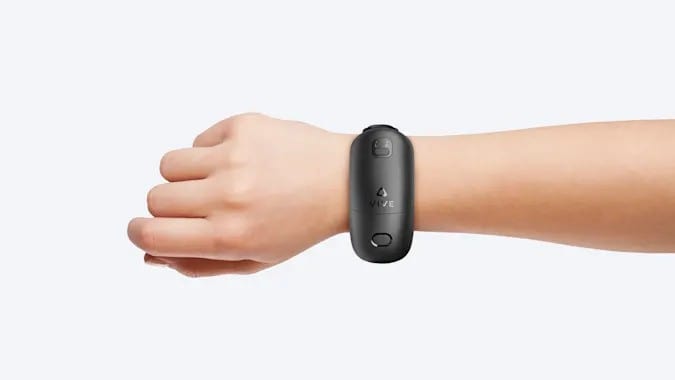 While HTC is still picking up what’s left of its smartphone division, the Taiwanese company is pushing forward on the VR front. The company released the HTC Vive Focus 3 last year, and, according to Engadget, it announced a new accessory for it during CES. HTC unveiled the wrist tracker for the Vive Focus 3.

Properly tracking the player’s hands and arms is one of the most important things in VR. VR headsets come with nifty controllers that the players use to track their hands, but it seems that HTC wants to streamline this even further.

The wrist tracker for the Focus 3 will, of course, slip onto the wrist, and it will take the place of the handheld controller. According to the company, it’s about 85% smaller and 50% lighter than the standard controller.

It’s clear that HTC is working on making using a VR headset feel as natural as possible. The wrist tracker could be for people who don’t like holding a controller when using their Focus 3.

The tracking will be precise

This method creates multiple easy-to-spot points to help the headset determine the tracker’s position. When the tracker is out of the headset’s sight, the headset will predict where it is.

What is the Focus 3?

HTC has released several VR headsets under its “Vive” name. One of the major players in the VR game, HTC has a Vive headset for just about everything. Last year, it released the Vive Focus 3 to the masses.

This isn’t a headset that’s centered around gaming like most headsets are. This one is made for business purposes. Most people will use this headset to hold meetings and do business in the metaverse. Thus, it doesn’t have the typical gaming controllers that most headsets have.

Another thing that makes this headset unique is the fact that it’s a standalone headset. You won’t need to hook it up to a computer or console to see anything. It comes equipped with two 5K displays, adding up to over 5,900,000 pixels per eye.

If you want to pick up one of these headsets, they cost a hefty $1,300. The tracker will be launching early this year for the price of $129.