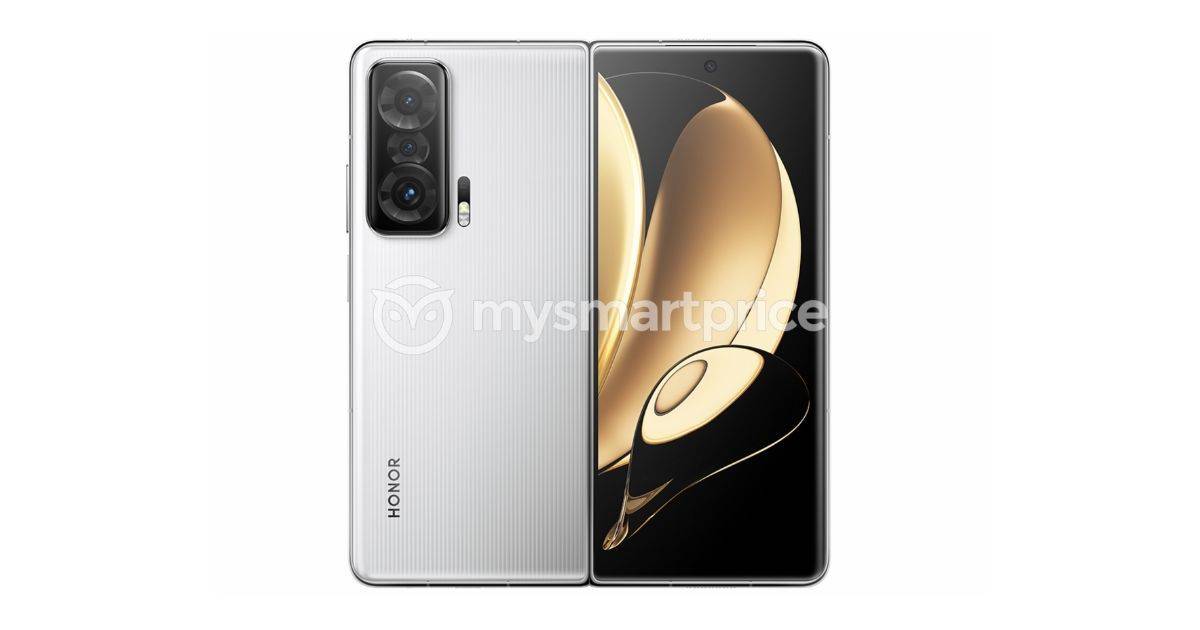 The HONOR Magic V keeps on leaking, as its renders, specs, and price tags appeared. This is HONOR’s upcoming foldable smartphone, for those of you who are out of the loop. It will become the company’s first foldable offering, and launch on January 10 in China.

Despite the fact it’s launching in China first, the HONOR Magic V is expected to make it to global markets. That may happen next month during the Mobile World Congress (MWC), but we’ll see.

In any case, if you take a look at the gallery below, you’ll see a several renders of the phone, courtesy of MySmartPrice. These renders give us a good look at the device, that’s for sure. You can see all three color variants of the device. 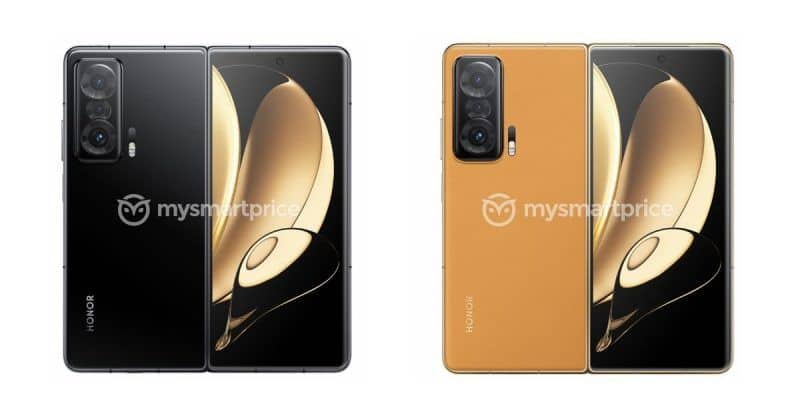 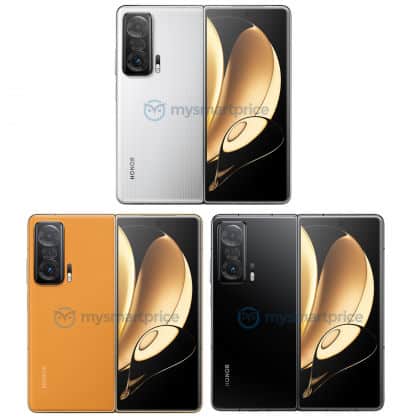 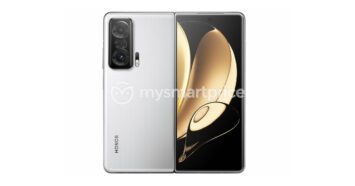 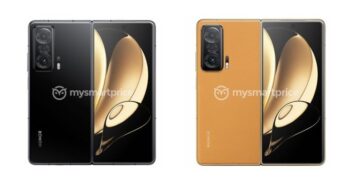 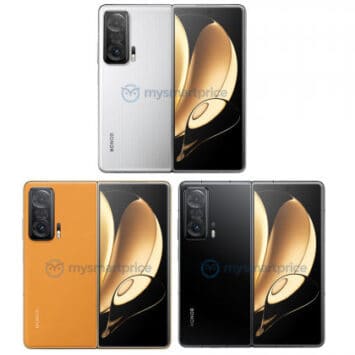 Based on this, we’ll be able to choose between black, silver, and orange color options. The black one will look the simplest, while the silver variant will have an interesting pattern on the back. Some sort of vertical lines. This is the variant that HONOR officially shared when it confirmed the device’s launch date. Both of those variants seem to have glass on the back.

The third variant is shown here, the one that was spotted in a photoshoot yesterday, seems to have a different material on the back. This could be a Vegan Leather back, or something similar to it, at least based on images. We’ll see, though.

Now, in regards to specs, we already knew that the phone will feature the Snapdragon 8 Gen 1 SoC. Based on the information provided by the source, it will include a 7.9-inch main display. That will be an OLED display with a resolution of 2272 x 1984, and it will offer a 90Hz refresh rate.

The secondary panel will measure 6.45 inches, and it will also be an OLED display with a resolution of 2560 x 1080. That display will offer a 120Hz refresh rate, by the way.

Android 12 will come pre-installed on the device, with HONOR’s MagicUI 6 on top of it. A 50-megapixel main camera will lead a triple camera setup on the back. That main camera will offer an f/1.9 aperture lens.

66W charging will be included in the package 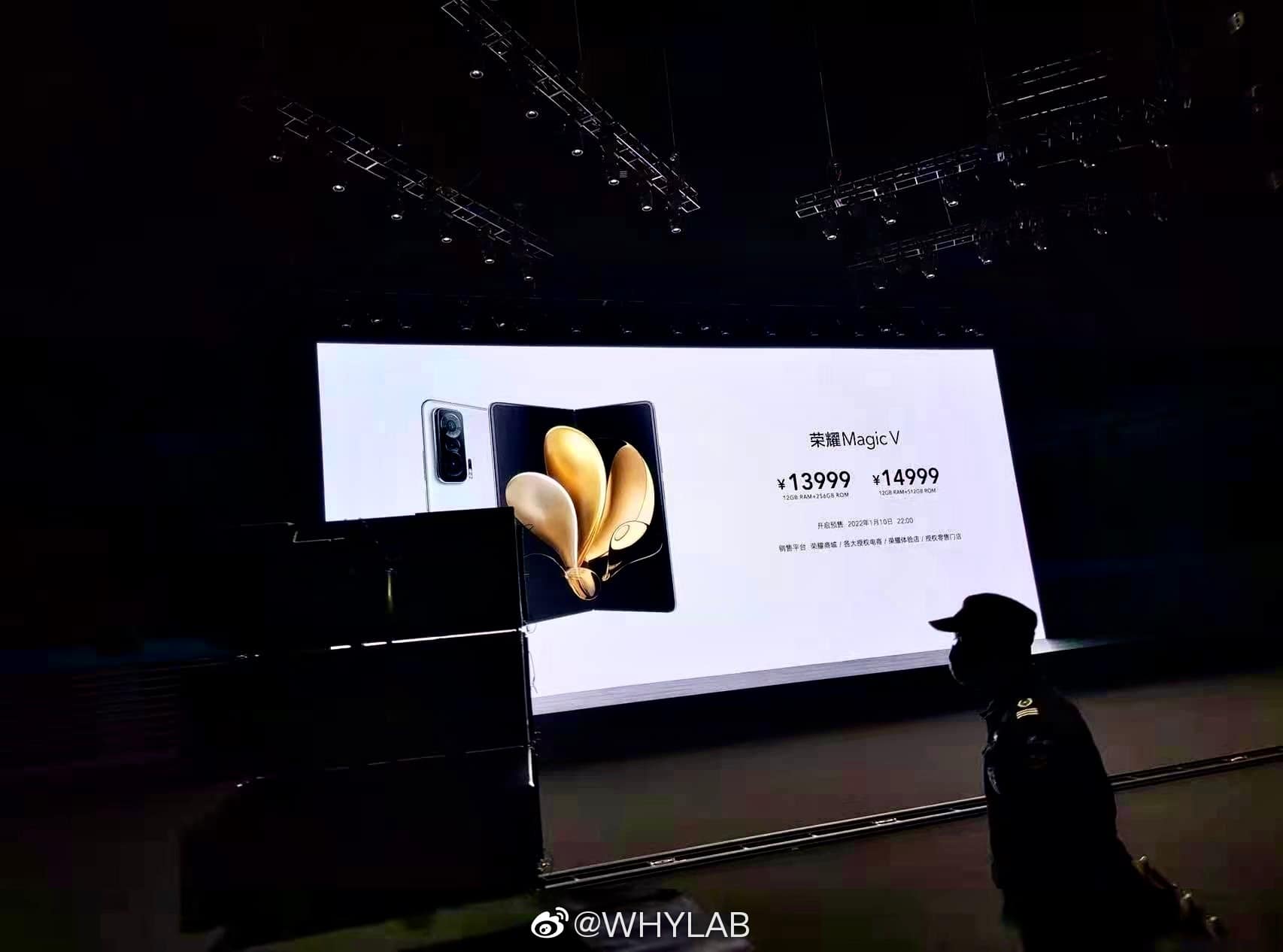