The tablets appeared on both Amazon Italy and Amazon France, but those listings have been removed now. Still, all the content that leaked was picked up by various sources, and shared. Like Phone Arena and Pocketnow, for example.

In the gallery below the article, you can check out all three of the company’s tablets. The Galaxy Tab S8, S8+, and S8 Ultra. The latter is really easy to differentiate as it’s the only one that has a display notch.

These three tablets will have a similar design all around, save for the notch difference. They will come with the S Pen stylus, which will magnetize itself to them, and charge that way. The bezels will be fairly thin on all three devices. 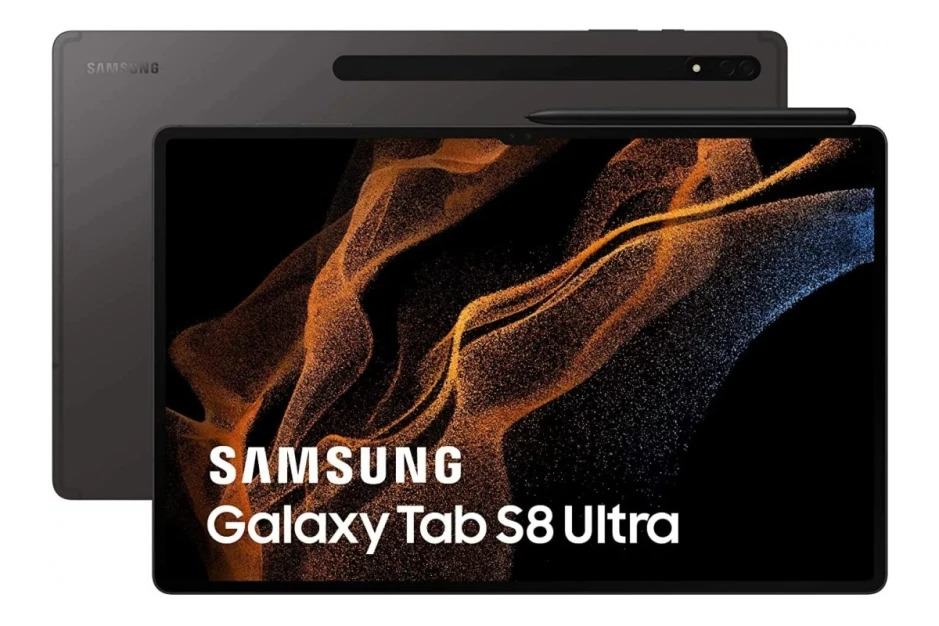 Android 12 was also mentioned, and the same goes for One UI 4.1 The Snapdragon 8 Gen 1 will fuel the device, while the tablet will include either 8GB or 16GB of RAM. It will also offer up to 512GB of storage.

An 11,200mAh battery will power the device, while you’ll find two cameras on the back (13+6-megapixel setup). Two 12-megapixel cameras will sit on the device’s front side.

In regards to the Galaxy Tab S8 and S8+, let’s just say their price tags didn’t leak. What did leak are their specifications, and images, though. Before we benign, let’s just say that the two devices will likely cost around $800 and $950, respectively.

The Snapdragon 8 Gen 1 will fuel this thing, while you can expect to get 8GB of RAM and 128GB/256GB of storage. An 8,000mAh battery will power it, while 13 and 6-megapixel cameras will sit on the back. A single 12-megapixel camera will be included on the front.

Bluetooth 5.2 was also mentioned, and the same goes for USB 3.2 Gen 1, and Gorilla Glass 5. This tablet will arrive in both WiFi only and 5G variants as well. The Galaxy Tab S8+, on the other hand, will include a 12.4-inch Super AMOLED display with a 120Hz refresh rate. That display will offer a resolution of 2800 x 1752, and will be protected by the Gorilla Glass 5.

This tablet will also be fueled by the Snapdragon 8 Gen 1, and include 8GB of RAM and 128GB/256GB of storage. A 10,090mAh battery will be a part of the package, and it will have the same camera setup as the Galaxy Tab S8.

USB 3.2 Gen 1 will be included here as well, and the same goes for Bluetooth 5.2. This variant will also be on offer in both WiFi only and 5G models. These three tablets are tipped to land on February 9, alongside the Galaxy S22 series.