A new promo image seemingly surfaced, and was shared by Zaryab Khan on Twitter. That image contains both the Samsung Galaxy S22 and S22 Ultra images, along with some of their specs, and mentions the ‘Super Clear Lens’. 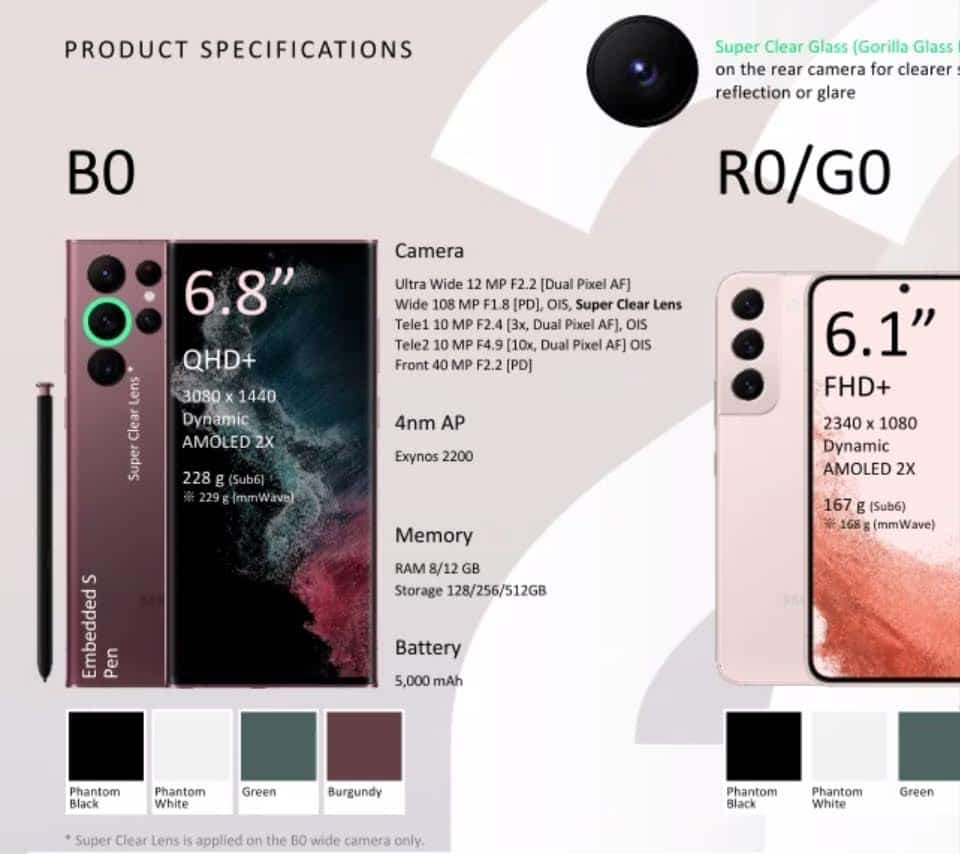 This image doesn’t show us anything new, as we’ve already seen the device in high-quality shots. The more the merrier, though, right? You can clearly see that the phone’s top and bottom sides will be flat, that its display is curved, and bezels thin. The S Pen is also shown on the side.

Below the device, its colors are listed. The Galaxy S22 Ultra will come in Phantom Black, Phantom White, Green, and Burgundy color variants. This seems to be a promo image for a market where the Exynos 2200 will be included, as it’s listed on there.

Now, you can see the vast majority of the Galaxy S22 in this image as well. That is also a device we’ve seen before. Phantom Black, Phantom White, and Green colors are mentioned here. Other colors are cut off.