A promo image leaked, seemingly confirming the Samsung Galaxy S22 launch date. Now, this promo image comes from a very reliable source, which only brings more legibility to the whole ordeal. It comes from Evan Blass aka @evleaks.

If you take a look at the image itself, shared below, you’ll see that February 9 is mentioned. That is the date we expected the launch to happen, as several sources reported it lately. February 8 was tipped prior to that, but it seems like that information was not accurate. 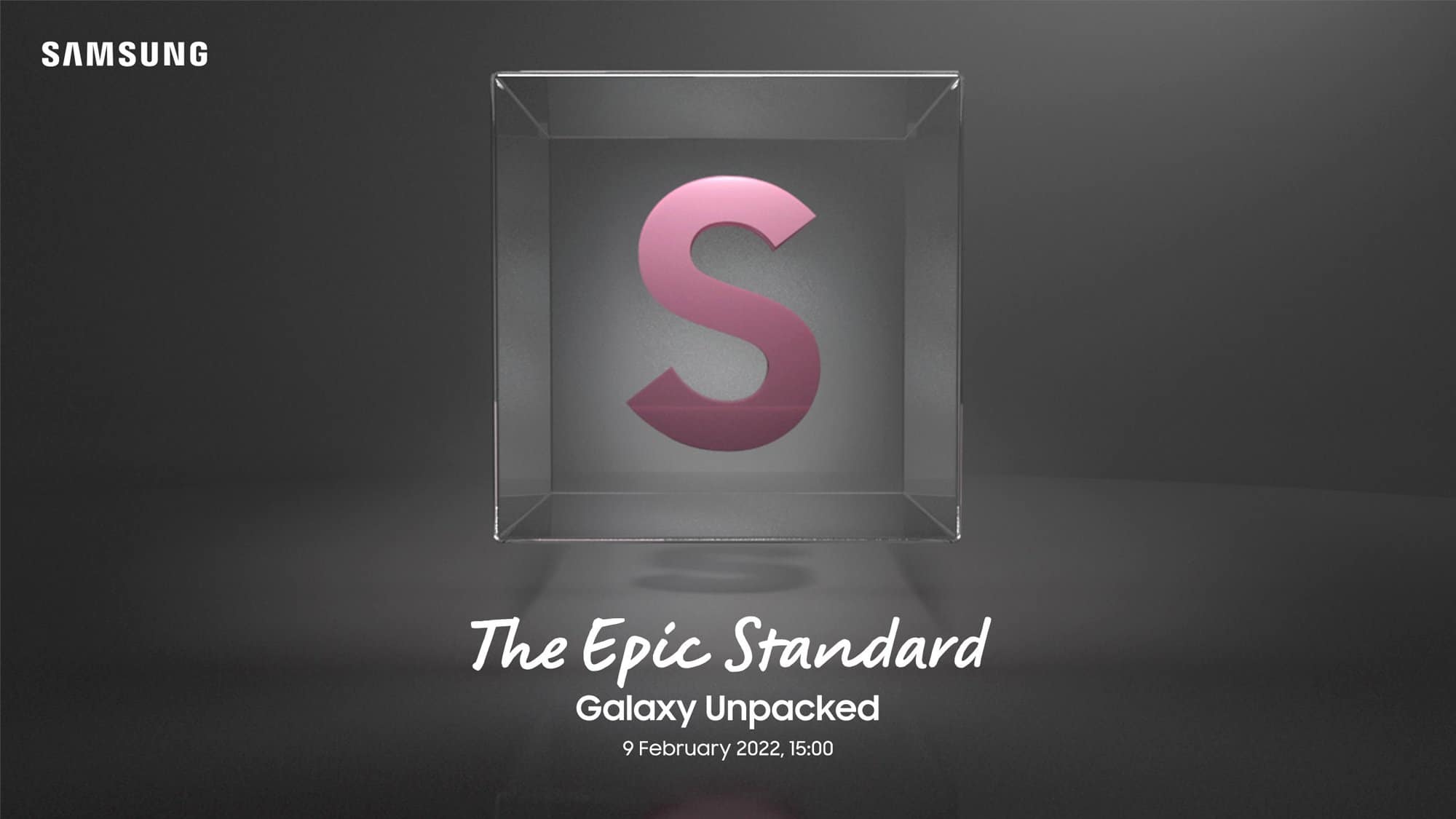 In any case, you’ll also notice that a large letter ‘S’ is used in this promo image, which is not surprising, as this is the Galaxy S series we’re looking at. Samsung is using “The Epic Standard” caption here, and “Galaxy Unpacked” is also mentioned in the image.

During this launch event, Samsung will announce three of its flagship smartphones, the Galaxy S22, S22+, and S22 Ultra. In addition to that, however, the company is also planning to introduce its flagship tablet.

The Samsung Galaxy Tab S8, S8+, and S8 Ultra are also expected to make an appearance. The Galaxy Tab S8 Ultra will be the only one to include a display notch, by the way.

Samsung may introduce some additional devices during the event, we’ll just have to wait and see. Even with the Galaxy S22 and Tab S8 series devices, though, we’ll get six new devices, which is plenty.

The Galaxy S22 series has been leaking for quite some time now. The price tags for the US Galaxy S22 variants appeared earlier today, in case you’re interested in checking those out.