The Samsung Galaxy A53 5G just got certified by the TENAA authority in China. As part of that listing, we got images of the device, along with its specifications. If you take a look at the image below, you’ll see the device from both the front and the back. Granted, this image is not exactly the best in quality. 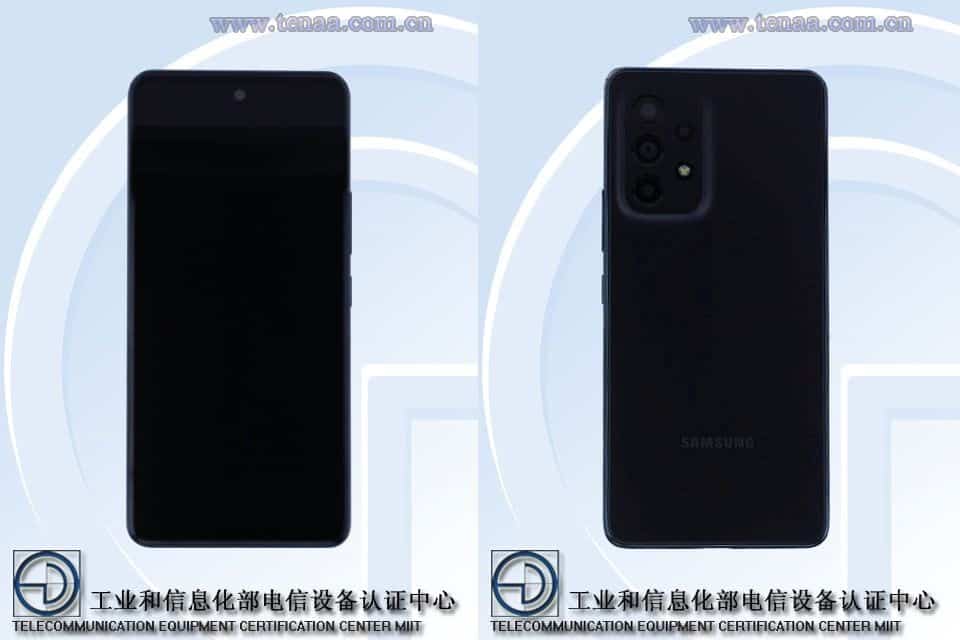 The Galaxy A53 5G got certified by TENAA, while its images & specs got revealed

Luckily, though, the Galaxy A53 5G already appeared in live images, and CAD-based renders. So, you can check those out to take a closer look at the phone. Its design will be exactly what you’d expect, quite frankly.

It will include rather thin bezels, with a display camera hole at the top. Its rear cameras will sit in the top-left corner, and will protrude as part of a camera housing. The device will look like most modern smartphones these days, basically.

Now, in regards to specifications, TENAA reports that the device will feature a 6.46-inch fullHD+ display. That will be a TFT display, it seems, not an OLED panel, as some may have expected.

A 4,680mAh “rated battery” is expected, which means that we may get a 5,000mAh “typical value” in the end product. The phone is said to support 25W charging, though it may ship with a 15W charger, we’ll see.

A 2.4GHz octa-core SoC got mentioned, but TENAA didn’t specify what SoC exactly are we looking at here. Some rumors did suggest that the Exynos 1200 could be included, though.

The device will include 8GB of RAM and four cameras

The phone will include 8GB of RAM and 128GB or 256GB of internal storage. Android 12 will come pre-installed on it, along with Samsung’s One UI 4 skin.

The Galaxy A52 launched in March last year, so this phone is likely coming in either February or March, we’ll see.