Facebook is getting rid of profile videos. Social media consultant Matt Navarra has shared an in-app notification from Facebook that says “profile videos are going away soon”. Precisely, on February 7, 2022.

This notification is seemingly appearing only to users who have set a profile video on their Facebook account. The company has urged them to replace it with a photo before February 7. If not done so, the cover image of the video — your avatar that appears on the news feed and in the comments section — will automatically become the new profile picture.

This doesn’t come as a surprise though. Facebook had already removed the option to upload new profile videos sometime last year. You can still see an existing profile video but can no longer use a new video as your avatar in the app. The company hasn’t provided any reasoning for this change. But in all likelihood, a general lack of interest in this feature from users may have triggered it.

Introduced back in 2015, profile videos on Facebook have been around for almost seven years now. It allowed users to upload a seven-second video as their in-app avatar. The video then loops on repeat.

The company had hoped this feature to gain huge popularity as it adds a fun element to the Facebook experience. But it wasn’t to be. Seven years on, many users still don’t know about profile videos. And the few that know, most aren’t interested in it. Some used it out of curiosity early on but soon switched to static photos. Only a fraction of users likely used profile videos regularly.

So it makes sense for the company to remove the feature. Of course, those who preferred profile videos over photos would be disappointed but Facebook surely knows this change will not affect the vast majority of its userbase.

Meanwhile, if you’re one of those very few people who used this feature on Facebook, the company lets you see, download, or delete your old profile videos. It has set up a help page with detailed, step-by-step instructions.

With just a week remaining for the deadline, you might also want to switch to a static profile picture pretty soon unless you’re okay with Facebook automatically using the cover image of your profile video as your new profile picture. We will let you know if the company releases any official communication regarding this decision. 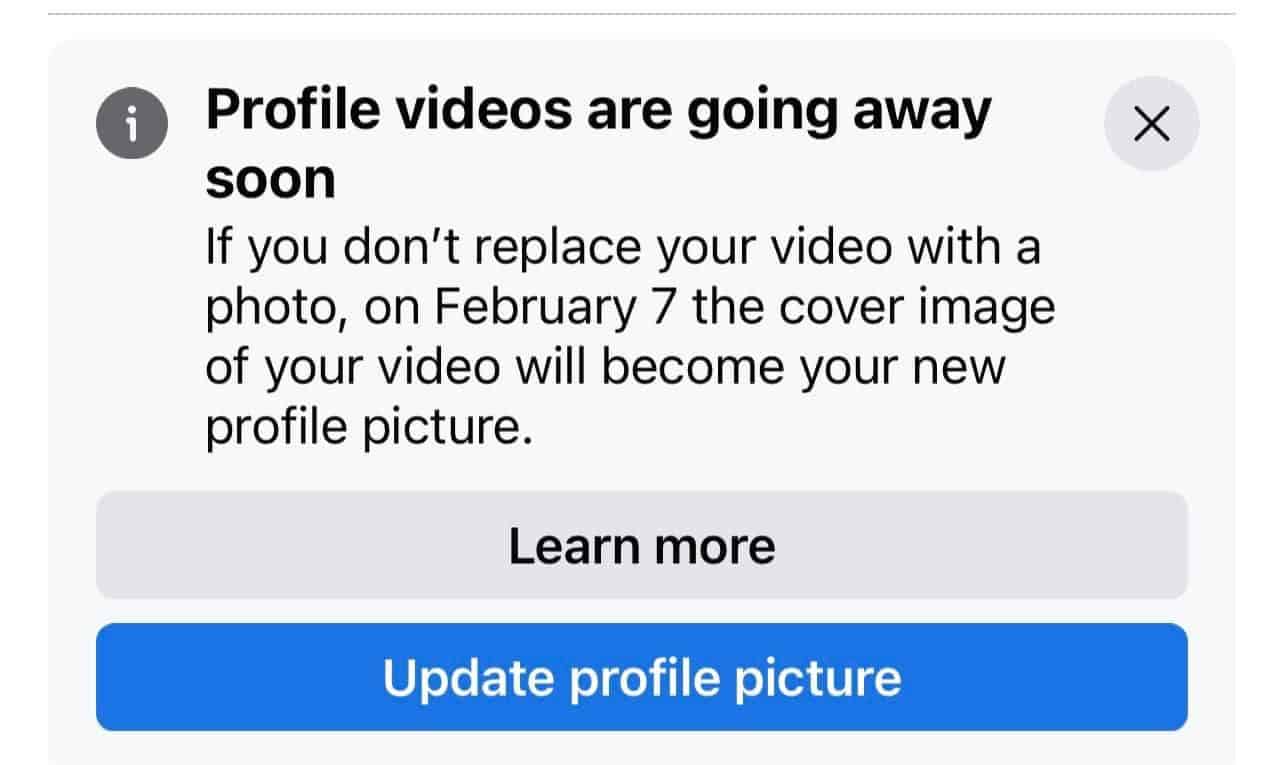