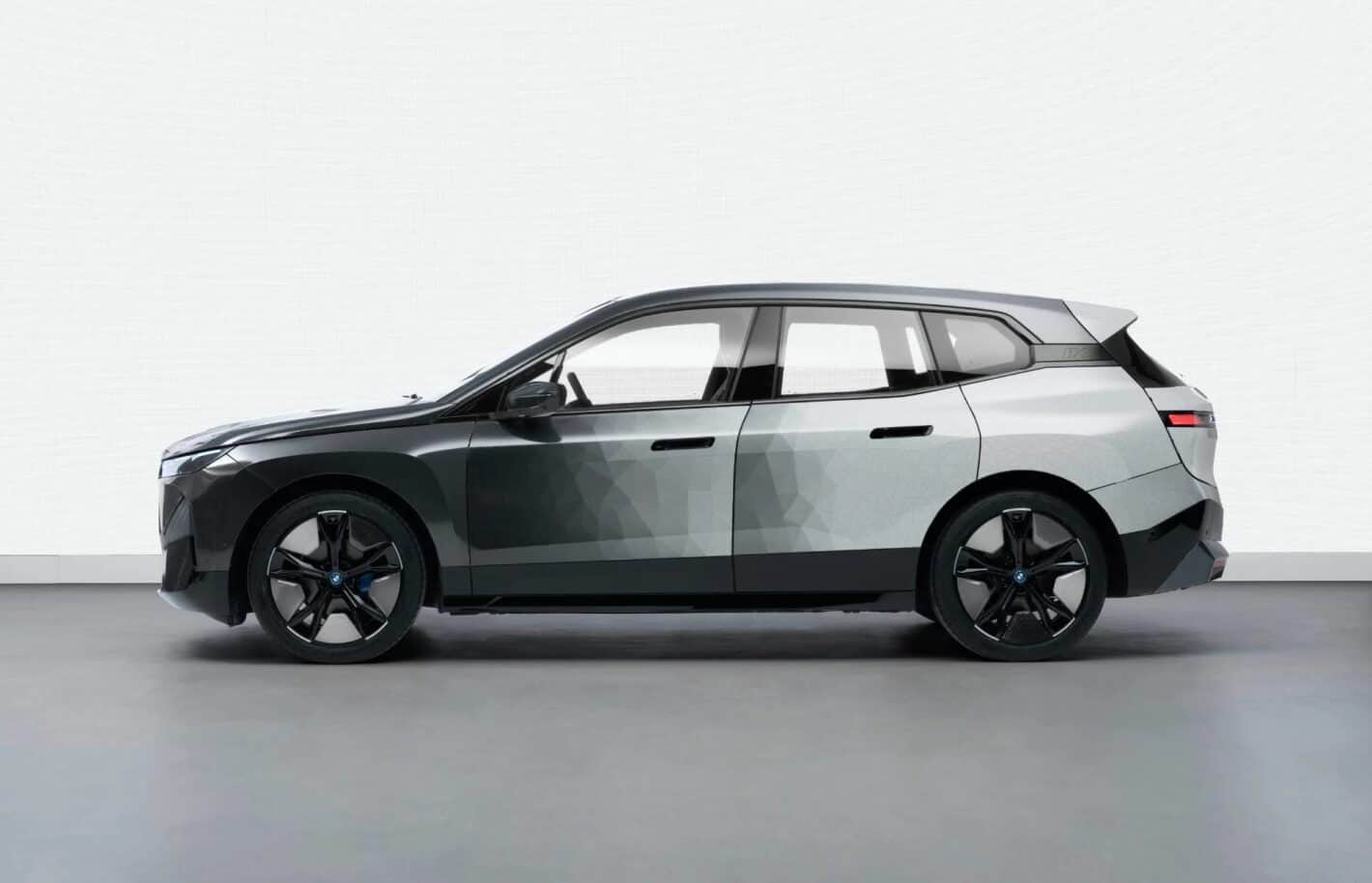 CES 2022 hasn’t disappointed us when it comes to futuristic technologies and products. We have seen plenty since the event began a few days back in Las Vegas. But none more eye-catching than a color-changing car from BMW. Yes, you read that right. The German carmaker has shown a live demonstration of a car that can change its exterior color in moments.

Dubbed the BMW iX Flow, this car uses the E Ink technology for this magic. Found in e-readers like Amazon’s Kindle, as well as several other products such as whiteboards and laptops, E Ink contains tiny microcapsules suspended in a liquid and encased within a film layer. These microcapsules consist of positively charged white particles and negatively charged black particles. Applying an electric charge causes these particles to rise to the surface.

If a positive charge is applied, the black particles will rise. Likewise, a negative charge will cause the white particles to collect at the top. So, by applying different charges to different parts of a screen, a monochromatic text display can be achieved.

BMW is essentially doing the same with this car. It has wrapped the vehicle in a giant E Ink display. So, at the press of a button, the BMW iX Flow will switch its exterior shade between black and white. You can also get the desired black/white strips on the body. The company says, with further advancements, more shades can be displayed as well.

“This gives the driver the freedom to express different facets of their personality or even their enjoyment of change outwardly, and to redefine this each time they sit into their car,” said Stella Clarke, Head of Project for the BMW iX Flow. “Similar to fashion or the status ads on social media channels, the vehicle then becomes an expression of different moods and circumstances in daily life.”

The BMW iX Flow is not yet ready for production

BMW first teased this color-changing car last month. And while the company has shown a live demonstration of it at CES 2022, the iX Flow is not yet ready for production. It’s a complex concept and requires high precision. The vehicle is still an experiment and has no ETA (estimated time of arrival). Perhaps we don’t even know whether this supervillain-style car will ever see the light of day. There are just way too many hurdles to overcome.

An attendee at CES 2022 says BMW had brought two units of the iX Flow to the event in Las Vegas because it’s highly temperature-sensitive. The company had a backup unit in case the one on display stops functioning properly due to getting too hot/cold. That’s probably one of many other things to consider. So only time will tell whether the BMW iX Flow featuring E Ink technology will hit the road ever.

This color changing @BMWUSA #iX is wild! It’s apparently very temperature sensitive so they have a backup in a trailer in case this one gets too hot / cold pic.twitter.com/lXG1Gw0IKY