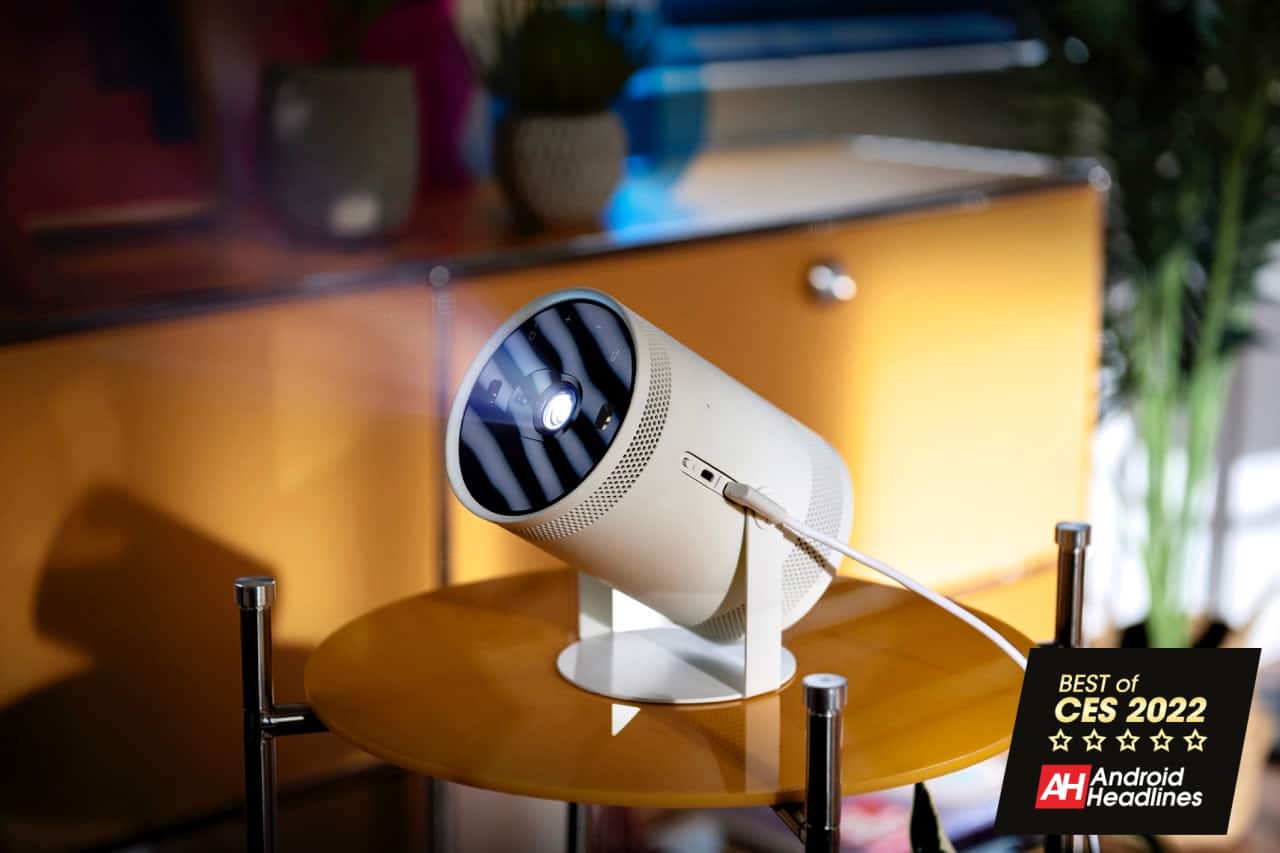 The new Samsung Freestyle is more than just a projector.

The Samsung Freestyle has won Best Of CES 2022 from us here at Android Headlines. While it was not the only projector announced at CES this week, it is definitely the most impressive and unique.

Samsung’s Freestyle has a few things going for it. But what is potentially the coolest, is the fact that it can be screwed into a lighting fixture and used for mood lighting in your living room, kitchen or elsewhere. What other projector do you know that can do that?

The Freestyle can be placed anywhere, making entertainment more portable

What’s really cool about the Freestyle is that with the stand that it comes with, you can place it anywhere. Point it up higher on the wall, or even on the ceiling. Thanks to keystone correction, it will make that picture level and a much more enjoyable experience. It’s also quite small, so you can toss it into your bag and take it with you while you travel. Having entertainment that you can take with you anywhere, is definitely a nice feature.

This tiny projector can provide up to a 100-inch display. But the quality may not be as good, since this is not a 4K projector. It is a 1080p HD projector. And with the SmartThings app, you’re going to be able to adjust the picture, giving you the best possible experience.

While the Freestyle does only come in one color – white – Samsung is selling “skins” that come in a number of different pastel colors. It is also selling the socket adapter, so you can use it for mood lighting, as well as a battery stand.

As Samsung says, you can just point and play with the Freestyle. This is why it has won Best Of CES for 2022. It’s a simple projector that is also pretty incredible with its feature-set.