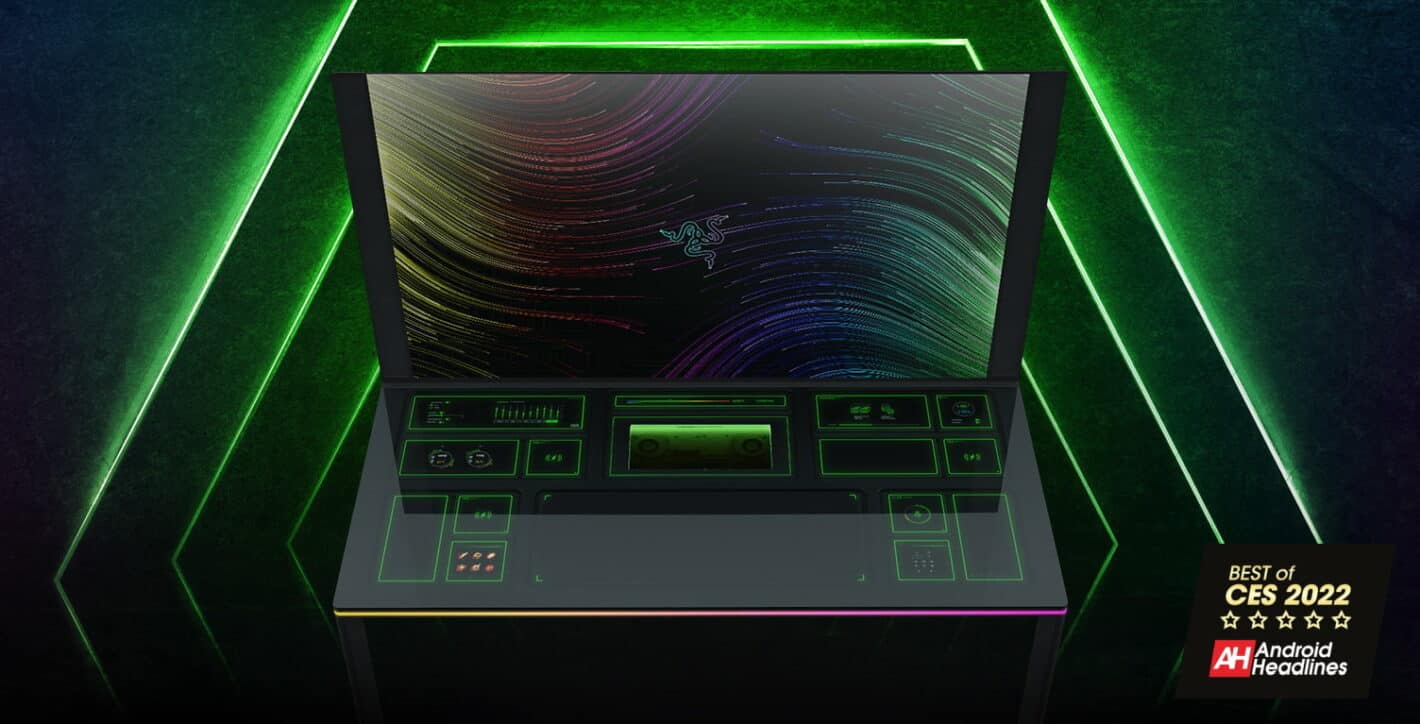 It’s an impressive piece of tech even if it is just a concept right now. Heck, it may stay a concept forever. But that doesn’t take away from the fact that what Razer has dreamt up here seems a little magical. And that’s the main reason we gave the Razer Project Sophia gaming desk the Best OF CES 2022 award.

The desk is modular, making it highly customizable

The coolest thing about Project Sophia is its customization capabilities. This is a modular desk, so you can swap out and customize features to your liking and to fit the needs of your current activity.

This makes it a great desk for gamers and streamers alike. The entire surface of the desk is also one big giant touch panel. So you can have multiple interaction points for all kinds of stuff on the sides for easy access. Imagine you’re playing your favorite games with your mouse mat situated in the middle, keyboard and mouse on top, and a bevy of interactive stuff on the left and right sides. Like twitch chat, macros, volume and mic adjustments and much more.

Everything you could possibly think of to enhance your game time or your stream time could be at your fingertips without having to take up screen space. And that right there is one of the most exciting parts about Project Sophia.

In addition to swapping out modules and features, the desk also has a PC components that are modular too. For instance, the desk has an integrated display that can be attached to the back. And it comes in two different sizes – 65-inches and 75-inches.

The desk also supports Chroma, because it’s Razer. The best part though? This is also a gaming PC. You’ve probably seen people’s modded PC builds where they turn their entire desk into a gaming PC, with the components built right into the desk surface.

This is a similar idea, although much more accessible. Project Sophia encases the PC components into a slim chassis that attaches to the underside of the desk magnetically. So it’s easy to get to if you need to swap out parts or upgrade them. Then put things back just as easily when you’re done.

Yes, it’s a wild idea for a product and right now it’s nothing more than a concept. But Razer dares to dream, and this is a dream we’d love to see become reality. Even if it would be insanely expensive.