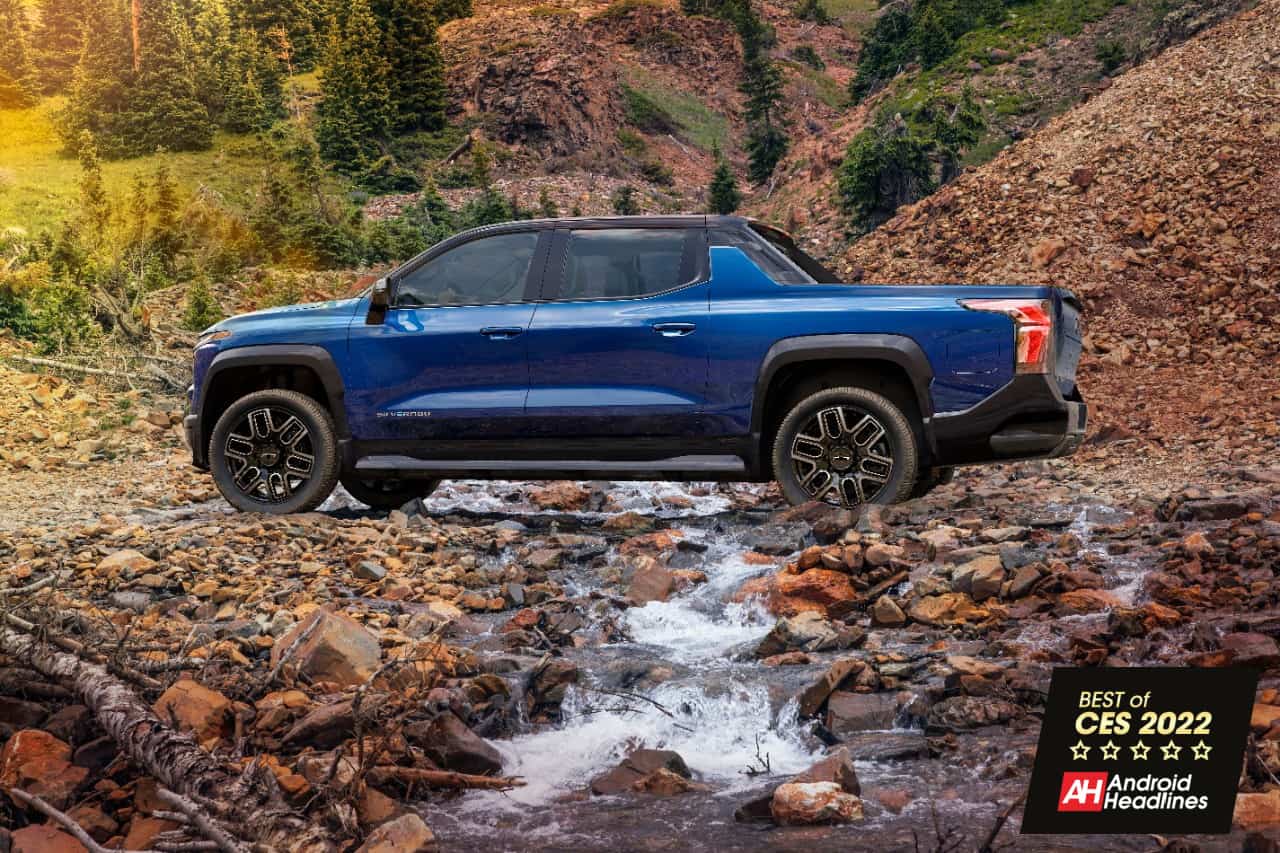 The Chevy Silverado EV has Android Automotive, 400-mile range and can charge at 350kW – what else do you need?

General Motors announced the much-anticipated Silverado EV at CES this week, and it’s even more impressive than we thought. Chevrolet packed it with a lot of things that Bolt EV owners have complained about since it debuted in 2017. And it’s coming in at a competitive price – almost the same starting price as the Ford F-150 Lightning. This is why it has won our Best of CES 2022 award.

This is Chevy’s first electric truck and while it won’t even start shipping to customers until the end of next year, it is living up to the hype. Chevrolet is claiming at least 400 miles on a charge. Which is a big difference from the Bolt EV – its first electric vehicle. On top of that, it’ll be able to charge at up to 350kW. That’s literally the fastest that a car can charge right now, as faster chargers do not yet exist.

On top of that, the Chevy Silverado EV is also pretty powerful. With 664 horsepower and more than 780 lb-ft of torque. GM estimates that it can achieve a 0-60 time of less than 4.5 seconds. For a truck, that’s a bit insane. Some gas-powered sports cars can’t even do that. Though surprisingly, that is slower than the Hummer EV – also made by GM.

Google apps are built into the Silverado EV

Of course, the part of the announcement that got us excited was, Android Automotive. While Chevrolet did not explicitly say Android Automotive, it is included here. This means that you can jump in the car, and ask Google Assistant to start playing YouTube Music, or navigate somewhere, without having your phone with you.

Android Automotive is heavily skinned in the Silverado EV, but all of your favorite Google services are available. This means that your Silverado EV is going to need a LTE or 5G connection, and it’s not clear yet whether that will be included in the car, or if you’ll need to pay extra. However, some OnStar features already need a 4G LTE connection and that is included in your OnStar subscription.

It’s going to be an exciting year for EVs in 2022, and it should come as no surprise that the Chevy Silverado EV has won our Best of CES 2022 award.