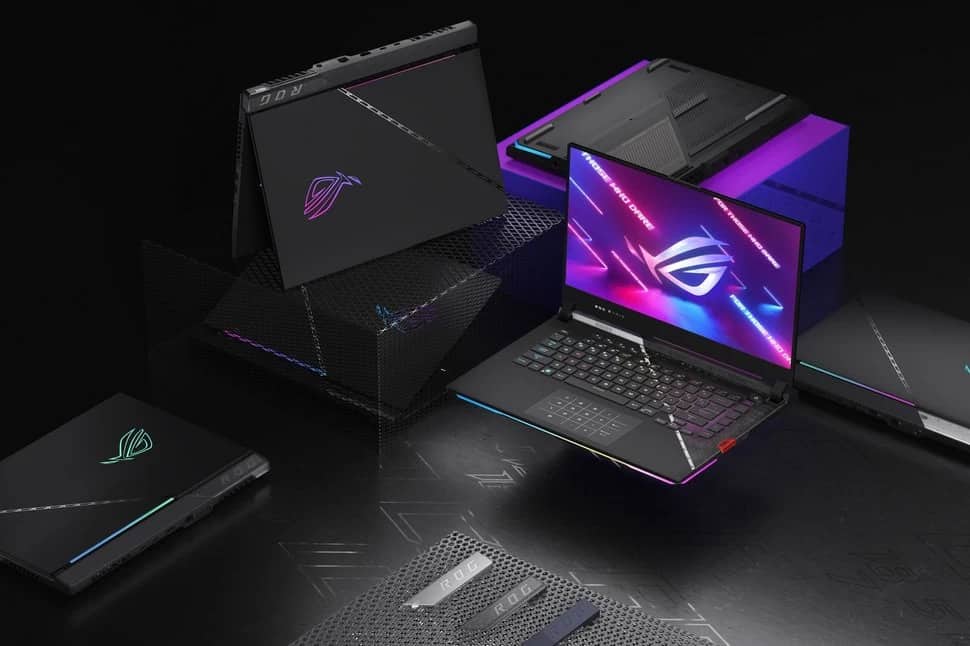 ASUS seems to be mostly about Esports with its gaming products this year at CES, as its latest gaming laptops, the ROG Strix Scar and ROG Strix G 2022 models are designed for Esports players.

Packed with features that competitive players are sure to swoon over, the ROG Strix Scar and ROG Strix G 2022 both come with Intel and AMD’s latest Gen CPUs. Specifically the Intel 12th Gen Core i9-12900H for the Scar and the AMD Ryzen 9 6900HX for the G. Beyond that, both laptops also have the latest GPUs.

Both come with the new NVIDIA RTX 3080 Ti GPU that was recently announced, making these some of the first laptops to come with the hardware. Razer also announced a refresh of its Blade laptops that have the same GPU option.

Like past models of both lineups, ASUS is releasing two different sizes of each laptop. A 15-inch model and a 17-inch model. Catering to consumers who prefer laptop sizes in both camps.

So you’ll need to decide whether you want a faster refresh rate or a higher resolution screen. Of course, you could pick the 240Hz and end up with the best of both worlds. A fast refresh rate and a better quality display.

ASUS also equipped the Scar with a larger trackpad for when you need to complete some non-gaming tasks with more efficiency and comfort. For audio, all of the new Strix laptops support Dolby Vision HDR. So if you choose to forego a headset and use the laptops speakers, the audio should perform well.

Though a laptop is always going to be best for competitive play. The speakers do also support Dolby Atmos spatial sound though. So keep that in mind. ASUS doesn’t mention anything about storage for either model. Though it does mention the Scar comes with DDR5 4800MHz RAM.

Pricing and availability are not yet confirmed either. Though you’ll probably see these hit stores sometime in February or March.